The Best It’s Ever Been 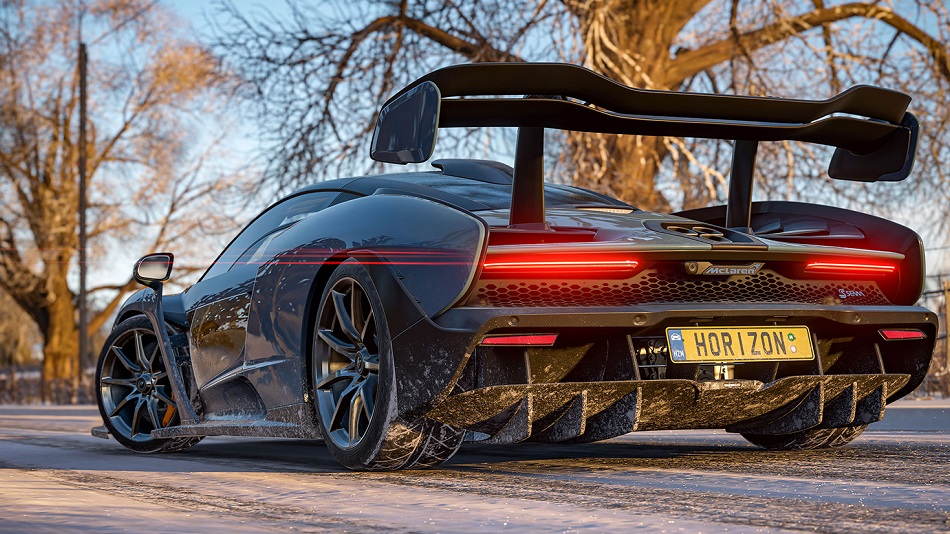 HIGH Drag racing in a snowstorm on the freeway in the dead of night.

WTF I swear, if I get another hat instead of a car as a reward, I’m going to lose it.

Earlier this year in my Burnout Paradise Remastered review, I said the Forza Horizon series has come up short compared to that ten-year-old classic, and I wasn’t wrong… Until now. Forza Horizon 4 is a racing masterpiece on every front, and it’s clear to see from the get-go.

The game opens with an experience that plastered a smile across my face as I was shown the changing seasons featured so prominently in the marketing. It was absolute joy to see everything put on the table immediately as I was then able to drive some of the best cars right off the bat in bombastic off-road and street racing situations from fall to summer, complete with graceful transitions, ridiculous jumps and gratuitous slow-mo. This playable intro doubles as an opportunity for players to get their feet wet with how the changing seasons and weather changes affect how vehicles behave — key when selecting cars and upgrades.

Somewhere between an arcade racer and simulation experience, Playground Games has found the sweetest of sweet spots for its fictional setting of the Horizon Festival, a ridiculous gathering (this time in Britain) of thousands of drivers all looking for the blood-pumping adrenaline of a good race. The open-world racer is, from what I can tell, considerably smaller than its most recent predecessor but it’s so densely packed with things to do that it’s hard to notice.

While traversing the roads of the UK, players will be taken through a “story” which boils down to little more than a phone call from one of many forgettable characters at the festival whenever they gain enough points. The ambiguity of the ultimate goal actually works to Horizon 4′s benefit, though, because it allows players to set their own — anything from dominating a certain kind of race or amassing the largest collection of cars. 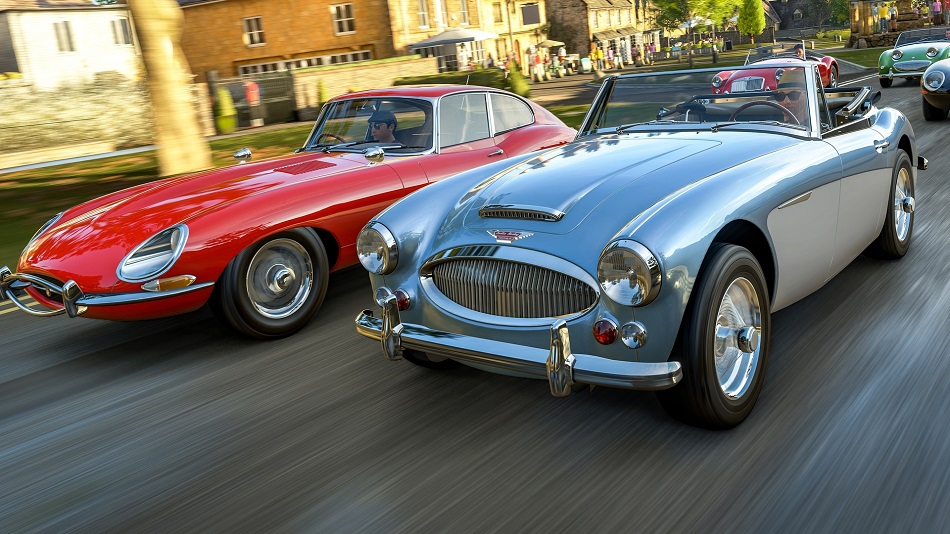 Beyond the wide variety of events, Horizon 4 is also packed with other players. As soon as the opening races are done, players are dropped into servers of up to 72 other people where they can party up and race with friends and strangers alike. The transition to and from online is seamless, and everything remains completely functional in both modes.

The first few hours of the experience eases players into the options and introduces them to the  systems and events in a somewhat fixed environment where they must qualify for each consecutive season by completing races to earn ‘influence points’ in off-road, street, underground and cross-country races. Here, players have a chance to really get a feel for how the seasons change gameplay, how fresh powder, puddles, and bone dry roads all affect handling, acceleration, etc. This more structured approach remains enjoyable without being restrictive (the map is always open to roam around) with every season concluding in a grandiose showcase event where players will race an unlikely opponent like a jet, hovercraft, or train.

These fixed seasons also encourage players to tweak the impressive amount of difficulty options to what’s just right for them. The options include the ability to adjust CPU difficulty and turn on or off, the driving line, ABS (antilock braking system), traction control, stability control, manual shifting, cosmetic or simulation damage, and the rewind function that allows a quick redo a few seconds before a crash.

After players progress from fall through summer for the first time and complete all the showcase events, Horizon 4 really opens up. The map itself doesn’t change, but what’s available to the player just about doubles. Seasons are then set to change on a weeklong timer and the number of event types jumps from around 6 up to 11. It sounds played out, but there is really something for everyone here. There’s drifting events, drag racing, a stunt driver side story, and a whole lot more to choose from. 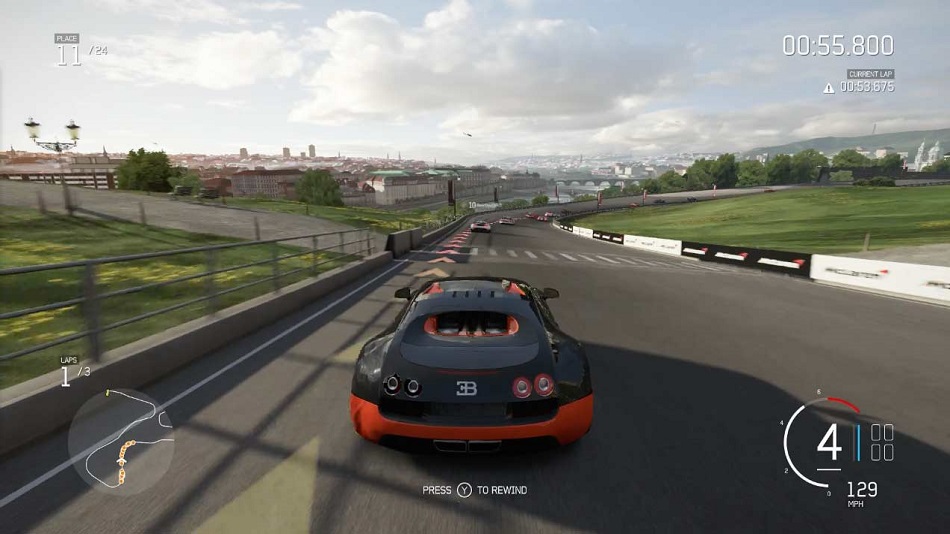 Where other series like Dirt and Need For Speed specialize in and master one specific type of racing, Horizon 4 does everything well. I can’t say I’ve driven over a miles-long frozen lake at 100 miles per hour, but I can confidently assume the hell I paid for hitting puddles and snow mounds at that speed is somewhat accurate.

However, players have options to make the changing environments more manageable outside of adjusting the difficulty. There are plenty of upgrades and tuning options available for each of the hundreds of cars, almost too many — from engine and drivetrain swapping to tire pressure and downforce adjustments for players that want to improve handling or squeeze out a few extra horsepower from their machines.

I was horribly intimidated by these decisions, but the upside is they aren’t necessary. I was delighted to find that other players can save and upload their set of upgrades and tuning for every car that I could easily download and put on my own. So, instead of spending a ton of time in menus deciphering car jargon, I was able to go straight from a new car purchase to hitting the road.

Once the seasons hit their rotation, every player is on the same weekly season cycle and is free to roam around and challenge other drivers to impromptu races. This was all good and dandy, but when I set a route to my first “Forzathon” event, that dumb grin on my face from the opening sequence returned. 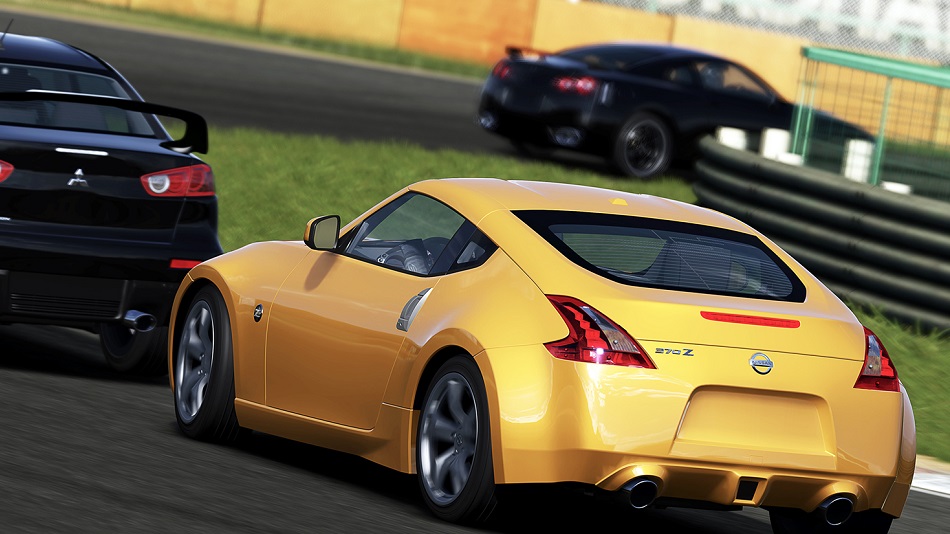 A Forzathon is an ongoing series of events that occur at random, prompting every player on a server to head to a single destination from which, after a few minutes, they will depart to collectively take on three consecutive challenges like furthest jump distance, best drift score, top speed, and more. The cooperative nature of these events makes it both a rush to participate in and a spectacle to watch as dozens of players fly through the air or throw their tail ends out around a turn simultaneously.

For successfully completing a set of Forzathon challenges, players earn points that can be spent on seasonal items that range from special edition cars to hats and hilariously out-of-place emotes, which brings me to my only issue with Horizon 4 — currency overload. There’s just too much to keep track of.

Scattered and confusing menus make it hard enough to navigate the non-driving functions of the game, but players are also responsible for spending credits, Forzathon points and skill points across hundreds of cars in their collections. Thankfully, there was never a situation where the game forced me to spend time in menus instead of driving.

Horizon 4 is far and away the most joyous and welcoming racing game I’ve ever played. It’s flexibility in difficulty and customization are laudable, but there’s one word that comes to mind when I think of this game — freeing. Watching the stunning countryside of Britain whiz by in a dream car is just liberating. Rating: 9 out of 10

Disclosures: This game is developed by Playground Games and published by Microsoft Studios. It is currently available on Xbox One and PC. This copy of the game was obtained via paid download and reviewed on the XBO and PC.  Approximately 25 hours of play were devoted to the single-player and multiplayer modes combined (it was almost always online while playing), and the game was not completed.

Parents: According to the ESRB, this game is rated E and contains “Users Interact.” Songs are edited around any profanity, and without changing any settings I didn’t interact with any other players over voice chat.

Colorblind Modes: There are three colorblind modes available: Deuteranopia, Protanopia, and Tritanopia, which (according to the menu) change UI colors to make them easier to distinguish.

Deaf & Hard of Hearing Gamers: When driving in first-person mode and players are hit by other drivers, it can be extremely difficult to tell where they are being hit from without changing the camera angle. All dialogue is subtitled but only appears in a small, not resizable box in the bottom right corner of the screen. 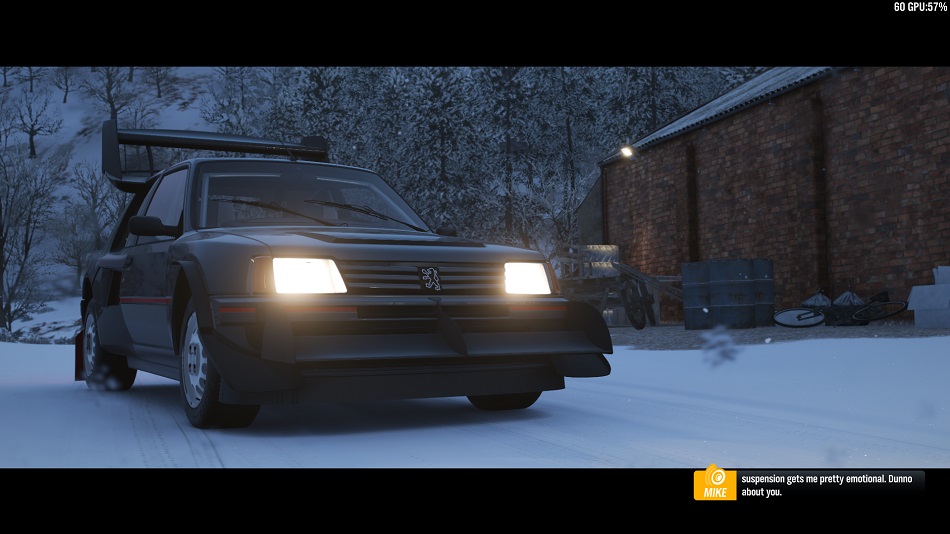 Remappable Controls: Yes, this game offers fully remappable controls. There are 15 default control schemes to choose from on top of totally customizable options. There are also options to change the deadzone on the joysticks to adjust the sensitivity of steering accelerating, decelerating, and e-braking. 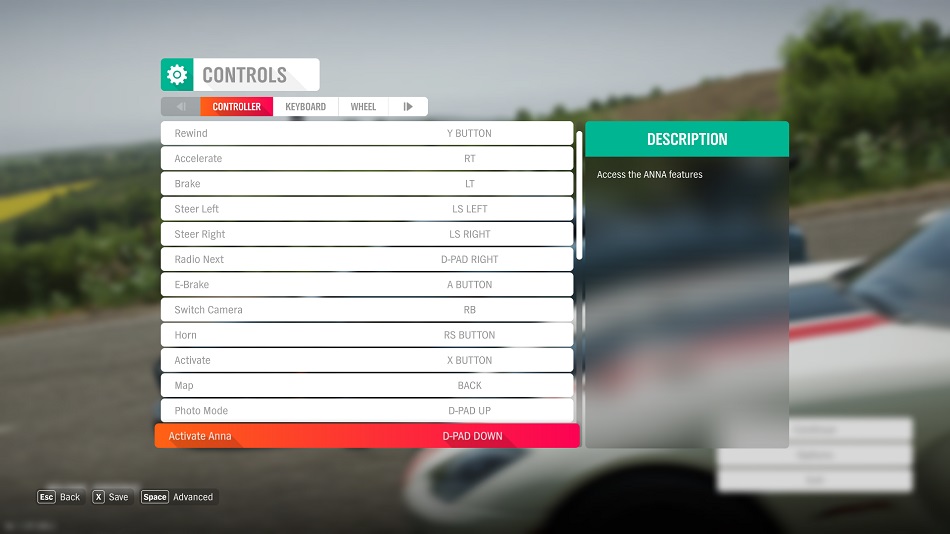 His PC and Switch are currently tied for the spot of his favorite platform, and he loves the dumpster fire that is Kingdom Hearts.
Latest posts by Kyle Bender (see all)
Tags: Forza Kyle Bender Microsoft Playground Games Racing review Simulation Xbox One
Subscribe
4 Comments
Newest
Oldest
Inline Feedbacks
View all comments

You compare this game with Burnout Paradise in the intro, but I wish the body made it more clear how these games are related. What I enjoy about Burnout is the non-racing aspects, like slamming and crashing. From what I gather from this review, this game is just about racing.

I downloaded the demo, and found the experience excrutiatingly painful. Probably because I use a Logitech wheel and not a joystick or xbox controller. After fiddling around with the settings for a while – extremely difficult because it wanted me to use L1 or R1 or buttons I don’t have, and wouldn’t recognise wheel or keyboard until I’d managed to change something, somehow – managed to get game to recognise my wheel. Wasnt’ worth the effort. Wheel lock turn – normally 720 / 900 degrees in most games – was either 5 deg or about 1800 deg. At 5 deg,… Read more »

That’s such a bummer to hear. I was hoping to get my hands on a wheel at some point. Yes, I was playing with a controller, and I guess that’s the best way to do it til a patch comes through.
It seems so weird that with all the controller options like remapping and dead zone adjustment that wheel recognition and compatibility was left in such a state.

I would recommend checking out the supported steering wheels – and if yours isn’t on it – mention it on the forums. You mention L1 and R1 – that is a bad start as those buttons don’t exist on supported Xbox Win 10 devices.

Having worked on previous Forza Horizons – it is really important to make sure that a core set of steering wheels both work and are enjoyable to use, so unless things have changed it would be weird if all of them were the same as yours.