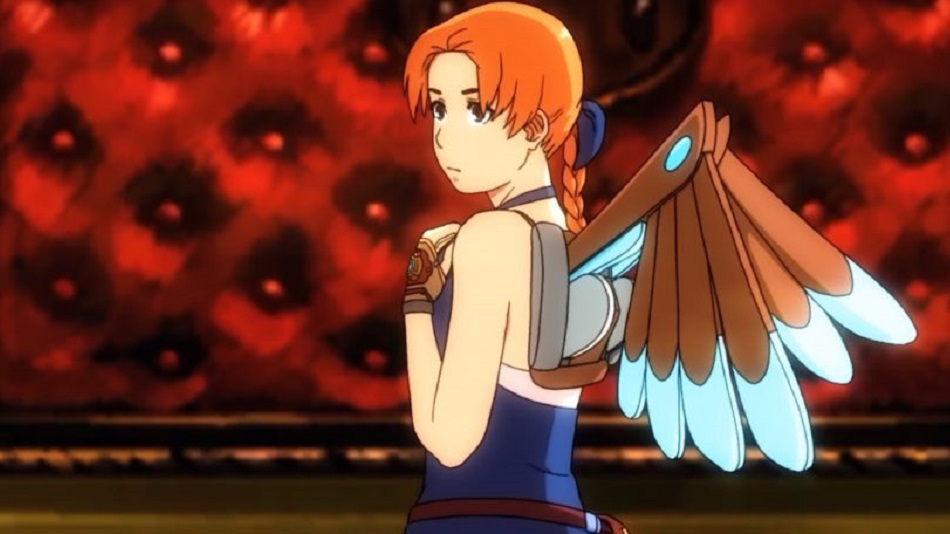 WTF Seriously, this platforming is the worst.

I used to think the forgotten socks, misplaced pens and thrown-out appliances of the world ended up lost, never to be found again, but Forgotton Anne proved me wrong. They all land in the “Forgotten World,” working to get back to their owners.

In concept, Square Enix’s latest side-scrolling platformer sounds like a whimsical time. It looks like a beautiful anime film in motion, brimming with life and character, but assuming the role of Anne the Enforcer makes things a whole lot darker.

Anne is the apprentice of Master Bonku, the head honcho of the Forgotten World, and it’s her job to keep all of the now-sentient lost goods of the world — labeled forgotlings — in check by either sending them to work at “the plant” or just flat out killing them.

In the beginning when Anne’s house and the rest of Forgotten World were under attack, I felt compelled to take down all the rebel scarves and light bulbs that crossed my path, but it wasn’t long before I realized Anne acts as the hand of an oppressive regime. It shouldn’t feel any better to imprison a subwoofer fighting for freedom than it does to kill them, but Anne pats herself on the back every time she lets a forgotling live.

Generally, the decisions are pretty cut and dry — either Anne sides with the forgotlings or stays to her master’s path, but the more of the sad, dark world I saw, the more reluctant I was to do anything Master Bonku asked. While tearing down one of Bonku’s factories with a forgotling comrade, I was thrilled to be rebelling, actually cheering myself on out loud, and by the end of my playthrough, Anne was less of an enforcer and more of a forgotlings’ rights activist… up until the final choice. 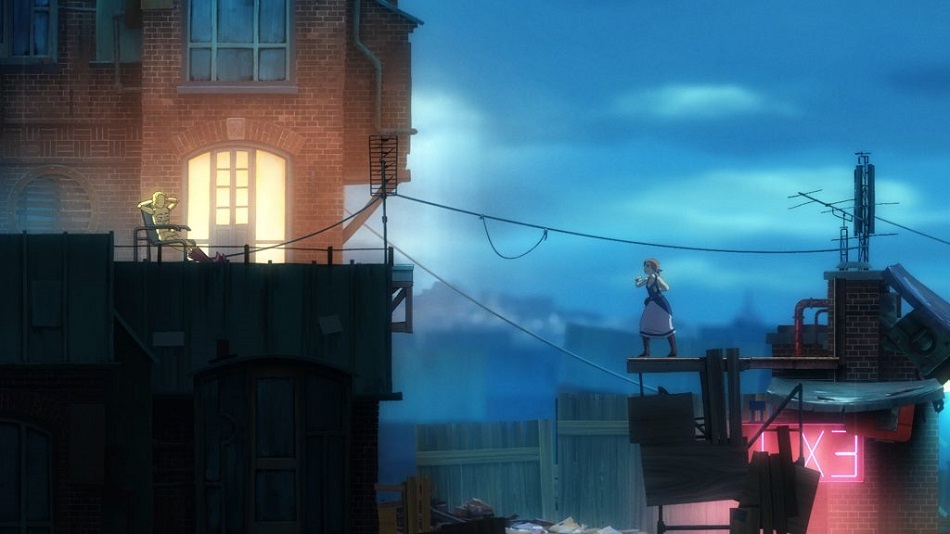 Players aren’t forced to commit wholeheartedly to any path, which brought about a bizarre dissonance in my experience. Late in the game, Forgotton Anne allows players to resurrect an entire township of lifeless forgotlings one minute and abandon their collective goal the next without acknowledging the fickle nature of such decisions. The option to choose either path at any point was refreshing at first, but switching sides trivialized prior decisions and the narrative arc overall, and the only choice that ultimately matters is the final one which dictates the game’s ending, regardless of earlier actions.

When platforming, there’s a clunkiness to controlling Anne that is immediately apparent, and every time there was a jump, I had to account for what felt like an inexcusable input delay. This platforming left me never wanting to jump again, and it took up most of my playtime. The only puzzle in Anne is to reroute energy from point A to point B using pipe junctions and switches. It’s a terribly simplistic “challenge” (if it can be called that) that truly overstayed its welcome by the time all was said and done.

To make things worse, in the final few hours Anne has a tremendous epiphany that puts her in a dream world that features the game’s worst platforming. This sequence left me so frustrated that I lost all sympathy for the characters and decided to abandon the forgotling cause for my own selfish desire to get the hell out of there.

I may have gotten the bad ending, been sick of the puzzle format and hated the platforming, but the forgotlings were cute, the world was a pleasure to look at and the few cutscenes were noteworthy. Ultimately, Forgotton Anne is held back by tired, repetitive game systems, and will itself soon be forgotten. Rating: 6 out of 10

Disclosures: This game is developed by Throughline Games and published by Square Enix. It is currently available on PS4, Xbox One, and PC. This copy of the game was obtained via publisher and reviewed on the PS4 Pro. Approximately 6 hours of play were devoted to the single-player mode, and the game was completed. There are no multiplayer modes.

Parents: According to the ESRB, this game is rated T and contains Partial Nudity, Crude Humor, and Use of Tobacco. The forgotlings all have convincing personalities that are easily relatable, and early on the player must distill (kill) them. It’s not gruesome, but effectively sucking the life out of them is concerningly easy.

Deaf & Hard of Hearing Gamers: Audible feedback isn’t a necessity for successful gameplay. Puzzles and platforming are all well-marked and clear enough to complete without on visuals alone. The game is subtitled but the text is not resizable. 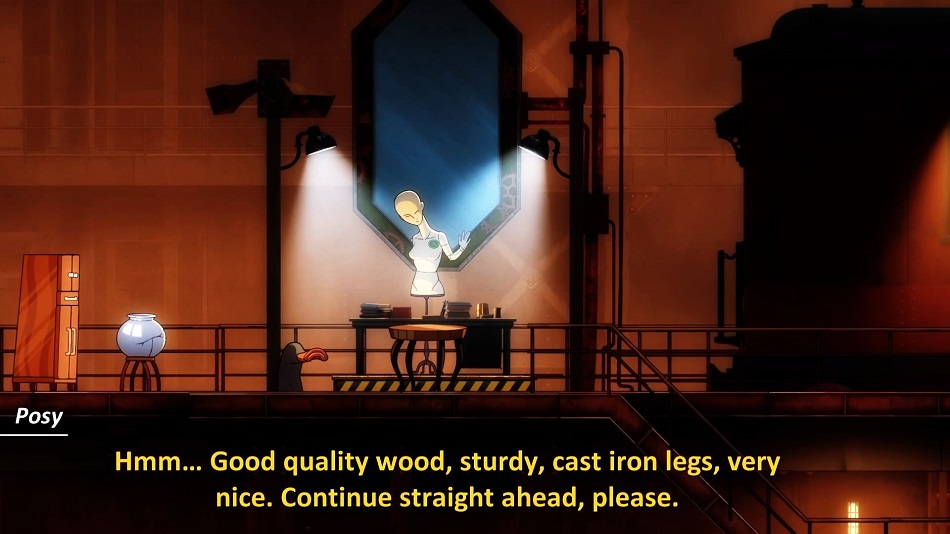 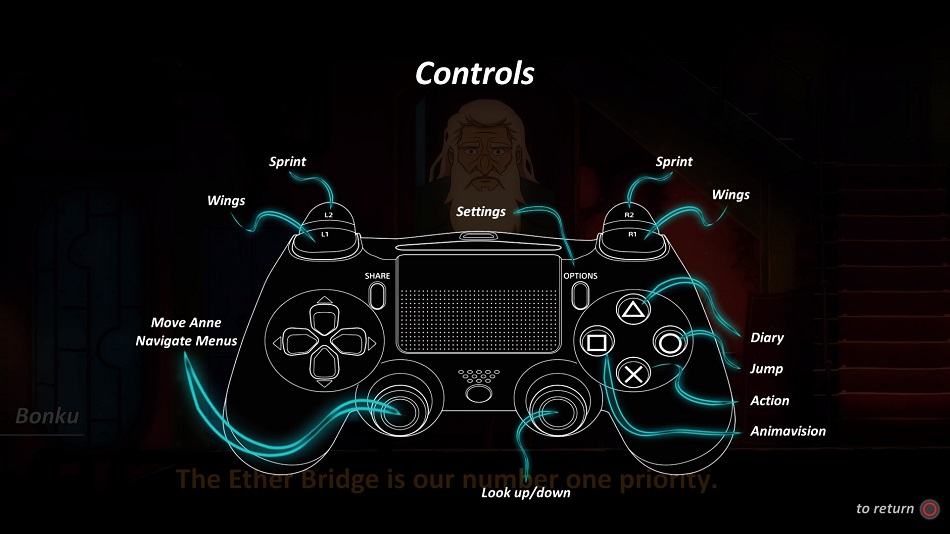 His PC and Switch are currently tied for the spot of his favorite platform, and he loves the dumpster fire that is Kingdom Hearts.
Latest posts by Kyle Bender (see all)
Tags: Animation Forgotton Anne Ghibli indie Kyle Bender PS4 review Square Enix
Subscribe
0 Comments
Inline Feedbacks
View all comments