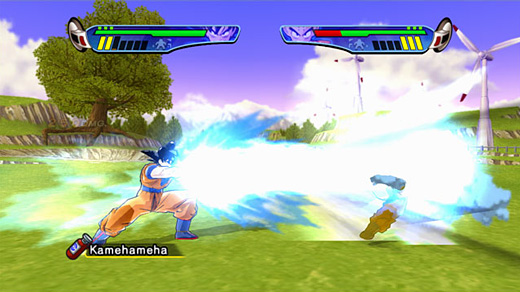 For those new to these titles, Dragon Ball Z: Budokai is a series with the standard collection of modes usually found in the genre. Both titles include a tournament, practice, versus, and story modes. Both also allow for some character customization, letting players tweak a fighter's skillset to match their play style, and both titles are also voiced by the English-speaking actors, although only Budokai 3 has a Japanese language option. While these two titles have a lot in common, where they diverge are their respective story modes.

Dragon Ball Z: Budokai starts right at the beginning of the anime's Saiyan saga. Through a series of "episodes" (complete with recaps and previews) players traverse the entire storyline up to and through the Cell Saga. Each cut-scene is presented in crisp, vibrant animation that looks very much like the original anime, only now rendered in three dimensions.

Special missions break up the monotony of the standard "Defeat X Opponent" structure by finding ways to tie into pivotal moments from the show—one moment I'm fighting furiously to defeat someone before a heart virus drains all of my health, and the next I'm spinning my controller to charge a special attack in a small amount of time. Beating Story Mode once unlocks the ability to replay cleared episodes, in addition to opening up new ones. Players will ultimately go through the storyline from three different points of view (Saiyans, Namekians, and Androids). 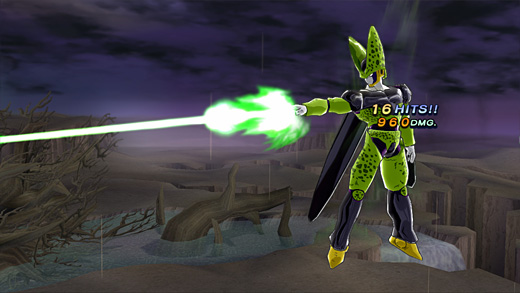 While Budokai 3's story mode has the same starting point, it journeys all the way through Dragon Ball Z and its sequel (Dragon Ball GT) plus several of the movies. In doing so, it throws out the episodic format of Dragon Ball Z: Budokai in favor of an open world map where the player's chosen character can fly around while hunting for dragon balls, searching for fights, or participating in a Story Mission to progress the game.

Each fight won gives the player experience and levels, which they can use to upgrade their fighter's stats. While this system encourages exploration, it also feels a little arbitrary. For example, in a series where an individual's power level is heavily talked about in-show, it felt a little odd that I could grind out levels and dump stats until, numerically speaking, a human like Yamcha could be stronger than ridiculous powerhouse Frieza.

Another drawback of Budokai 3's story mode is the lack of cut-scenes. Dialogue between characters is presented via static pictures, sometimes without voice acting, and unless the player chooses someone that was in every major fight in the entire series (in other words, mainly Goku), the story literally jumps forward to the next battle without preface or warning. It's jarring to go, as Piccolo, from fighting Vegeta's Saibamen to Frieza's second form, to then pummel Android #17—it's a few weeks' worth of episodes glossed over in the span of three minutes.

as pure fighting games since the combat was simplistic when they were originally released, and that hasn't changed with the re-release. On the other hand, there's something charmingly nostalgic about it all… So much so, that I even caught myself smiling fondly while watching Gohan take on Perfect Cell. Anyone looking for a deep, complex brawler is best be served elsewhere, but fans looking for some Super Saiya-jin action or younger folks that just want to button-mash will find something here to like. Rating: 5.5 out of 10.

Parents: According to the ESRB, this game contains cartoon violence, crude humor, mild blood and use of tobacco. As a game based off of a show aimed at teenaged boys, there is exactly that same level of content. If the kids can watch the show, then there won't be a problem with the game.

Deaf & Hard of Hearing Gamers: Subtitles are hard-coded into the game—in fact there are no options to toggle subtitles at all. That said, any lines spoken in combat itself (taunts, opening/closing one-liners) are not subtitled. The game is still completely accessible.