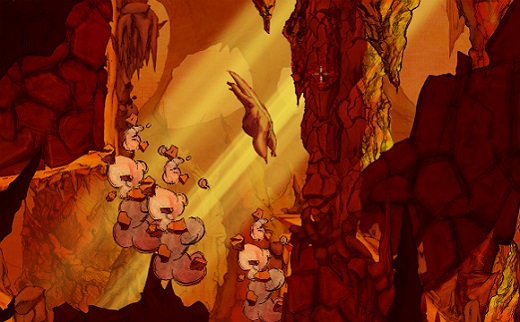 HIGH Skillfully transporting Aaru through a bevy of obstacles.

LOW Dying dozens of times before realizing what's killing me.

WTF the game using the words immoral and immortal interchangeably

Difficult platformers have become a genre of their own. Since Super Meat Boy, the indie scene has been littered with these demanding two-dimensional offerings. It's not just about difficulty, though—players expect brutality, but it has to be fair. Unfortunately for developer Lumenox, Aaru's Awakening delivers on the rough stuff, but it gives nothing close to a fair shake.

In Aaru's Awakening, the player takes control of Aaru, a wingless bird-like demigod. The four rulers of this world—Dawn, Day, Dusk, and Night—are vying for control in their realm. The God of Dawn sends Aaru out to destroy the other rulers, but it's not long before this hulking creature starts to question his master's motives.

This game plays both as a puzzle adventure and skill-based platformer, and it sets itself apart with teleportation. Aaru can send his soul out of his body like a bullet, and with a second click, his physical form can transport to the new location. The game often has the player shooting Aaru from one place to the next, avoiding obstacles and racing ahead. Enemies are eliminated with teleportation as well—Aaru transports his soul into their bodies and does away with them.

This formula seems solid on paper, but Aaru's puzzle and skill elements are always at odds.

The jumping and teleporting create a very fast-paced platformer, but the levels are set up as death labyrinths. Spiked floors, bounding enemies, rolling boulders, and questionable shafts of light all kill Aaru within moments. The checkpoints are generous, but that doesn't change the fact that I often found myself dying twenty or thirty times before I realized what I should be doing. The obstacles never have a clear solution and the controls don't allow for easy adjustments. Often times, I found that I fumbled my way to a solution by accident.

In terms of presentation, Aaru's Awakening has a hand-drawn artstyle with vibrant animations and painted backgrounds. It's beautiful, but the art has a downside—it's often too difficult to tell what's harmless scenery and what's a deadly obstacle. I regularly died trying to reach ledges that were actually part of the background, and I usually got killed by the environment before I realized it was hazardous. Another issue is that the character designs don't feel like they belong in the same game. The animation and design of Aaru is excellent, but the google-eyed enemies stand out in a bad way, confusing the experience.

Further confusing things is that any intrigue created by the story is lost at the end of the end of each level when my time and death count are displayed. I honestly couldn't tell what kind of game I was playing—an adventure platformer or a time-attack game? It feels like the designers fail to deliver on both because I never had enough control of the game to master it, and the narration wasn't strong enough to give me the motivation to see it through.

Despite its flaws, I continue to go back to Aaru's Awakening. I wish I could finish it, but after dying more than a hundred times in some areas, the maddening difficulty overwhelms what I find appealing, and makes me wish the devs had scaled back on the brutal and shifted things just a bit more towards ‘fair'. Rating: 6 out of 10.


Disclosures: This game was obtained via publisher and reviewed on the Mac . Approximately 3 hours of play were devoted to the single-player mode, and the game was not completed. There are no multiplayer modes.

Parents: The game contains little violence. The main character eliminates its foes by transporting his soul into the enemy, but this process is more figurative than violent. There is no blood in the game.

Deaf & Hard of Hearing Gamers: There are very few audio cues in the game. Subtitles are provided with the narration, and the game can be completed without sound. 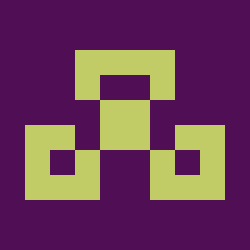