The subject of this installment: Fate/Extella: The Umbral Star, developed and published by Marvelous and played on Nintendo Switch. 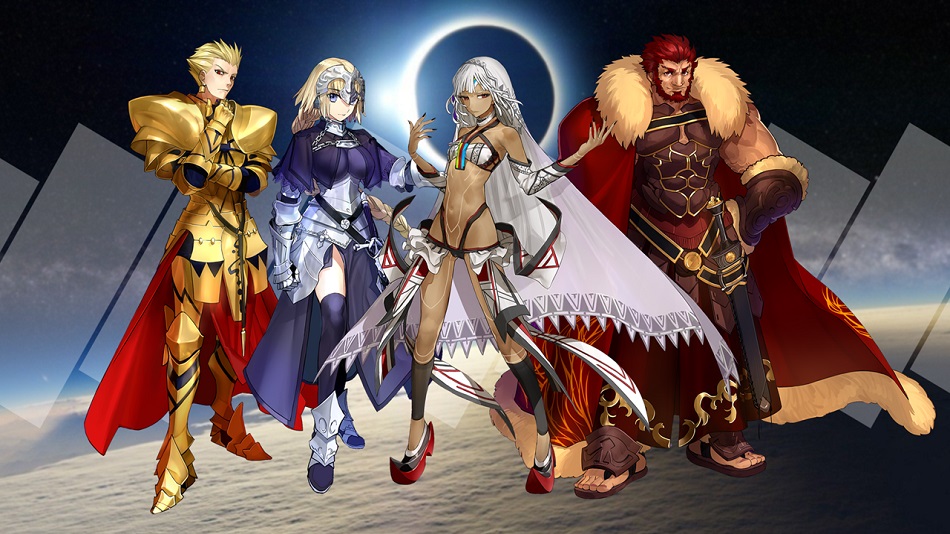 In terms of content, Fate/Extella is the same on the Nintendo Switch as it was on the PS4 and PC, which is great news, as this means I can just direct readers to my review of the PS4 version and call it a day.

That said, Fate/Extella continues to be an attractive package of Fate franchise goodness, wrapping the bonkers Fate approach to lore and history in the approachable (if rote) gameplay of a Dynasty Warriors-style brawler. In fact, I’d wager that despite some minor technical nitpicks and a somewhat rougher presentation, Fate/Extella works best on the Switch, and its structure and rhythms dovetail quite nicely to the portable’s unique hybrid qualities.

As mentioned in the original review, Fate/Extella‘s distinguishing trait compared to other Warriors-style titles is its sheer speed. All the characters scythe through crowds of enemies, killing and moving like a lawnmower pushed by Sonic the Hedgehog. Combo meters, side objectives, and a territory-conquest system that favors haste over thoroughness also reinforce the need to quickly clear the field and move on. This pace lends itself well to quick, satisfying sessions of play, bookended by verbose, well-localized visual novel sections that drive the story forward. 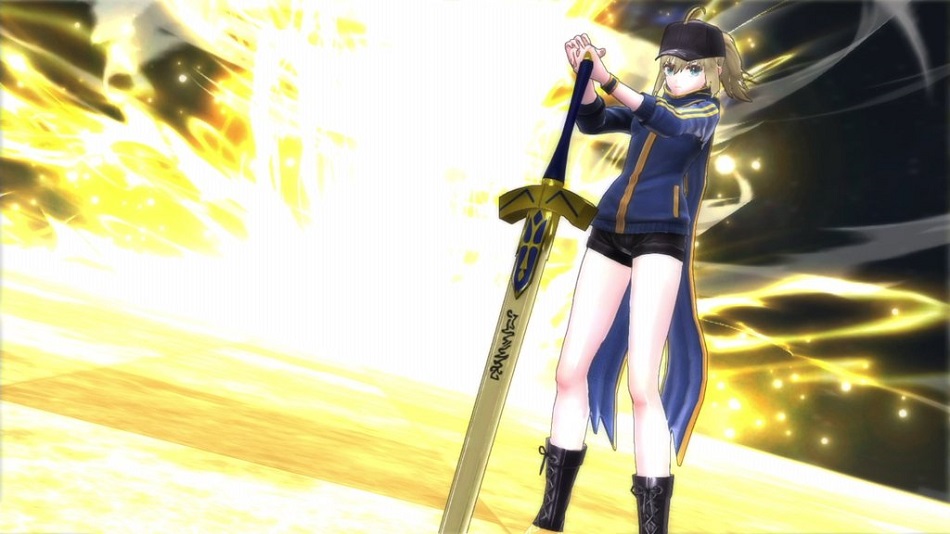 With all that in mind, anything one does in Fate/Extella fits in the Switch’s play-anywhere functionality. One could knock out a couple of stages or advance one of the game’s plotlines over the course of a boring commute, or even a coffee break. It’s also worth pointing out that the gameplay of visual novels – if it can be called that – is much easier to tolerate when on the go, rather than sitting in front of a powerful gaming PC or home console.

Further, Fate/Extella on the Switch offers a particularly good value proposition. All of the available downloadable content – optional costumes, mostly – is included in the purchase on Switch, whereas the PS4 and PC versions still sell the things piecemeal. Of course, the costumes are entirely cosmetic, but they do contain a ton of fanservice for those familiar with the Fate franchise.

Technical niggles do remain, however. The game operates with noticeably more aliasing – “jaggies” – on the edges of what were previously pristine polygons. The framerate also takes an occasional dip during busy combat, though as far as I can tell no compromises have been made in terms of draw distance or the number of enemies on screen. Fate/Extella‘s journey to the Switch isn’t marked by compromise in the way that games like Dynasty Warriors NEXT on the PS Vita were.

While it’s not quite the “definitive” version of the game on a graphical level, Fate/Extella‘s Switch port contains all the content one could need, while also making its new home on a platform perfectly compatible with its structure and pacing. Multi-platform owners who want a dose of Fate goodness should consider this version the one to pick up.