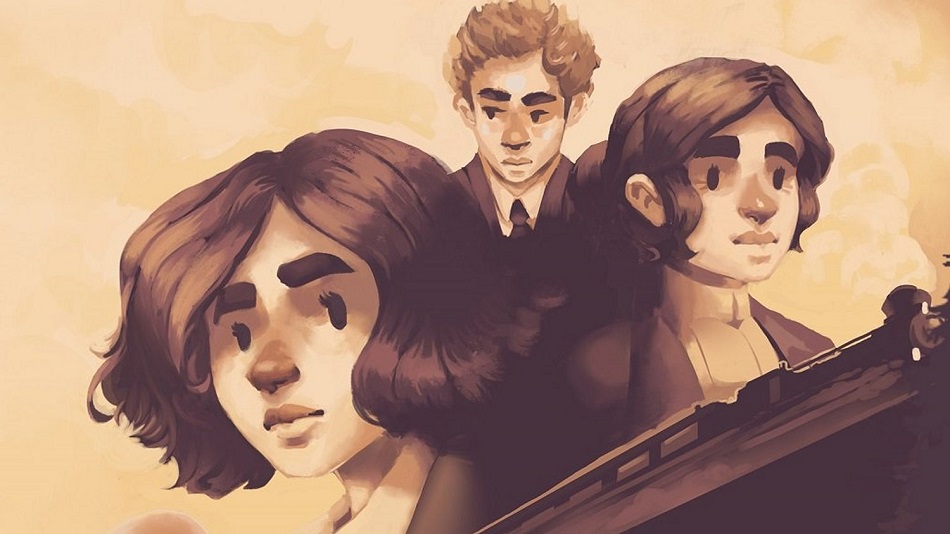 LOW …But it doesn’t quite stick the landing.

Name an idea underpinning modernism, liberalism, art, or some key intellectual pillar of 20th century society, and there’s a good chance it debuted (or at least passed through) the city Vienna. This city on the Danube – once the capital of the massive and diverse Austro-Hungarian Empire – became a the nexus of a cultural/intellectual flowering that would reshape the world order. It was also a point in time when such influential figures as Sigmund Freud, Leon Trotsky, Walter Gropius, Gustav and Alma Mahler, and even the likes of Stalin, Tito, and Hitler himself all lived or worked in the same crowded, cosmopolitan area.

Fascinating as this Viennese period was, one can’t help but admit that it doesn’t seem the most likely candidate to set a videogame in. Luckily, Austrian studio Mi’pu’mi Games took up the challenge with their four-episode series, The Lion’s Song.

Three of The Lion’s Song’s four chapters follow the stories of struggling creatives — an up-and-coming composer suffering from musician’s block, a painter trying to make his name in the salon of Gustav Klimt, and a mathematician barred from entry into an esteemed thinker’s circle by prejudice. The fourth chapter strengthens the connective tissue between the seemingly-unrelated stories and provides a greater sense of their historical context. With each episode barely lasting more than an hour or two, The Lion’s Song makes for a brief but engrossing ride. 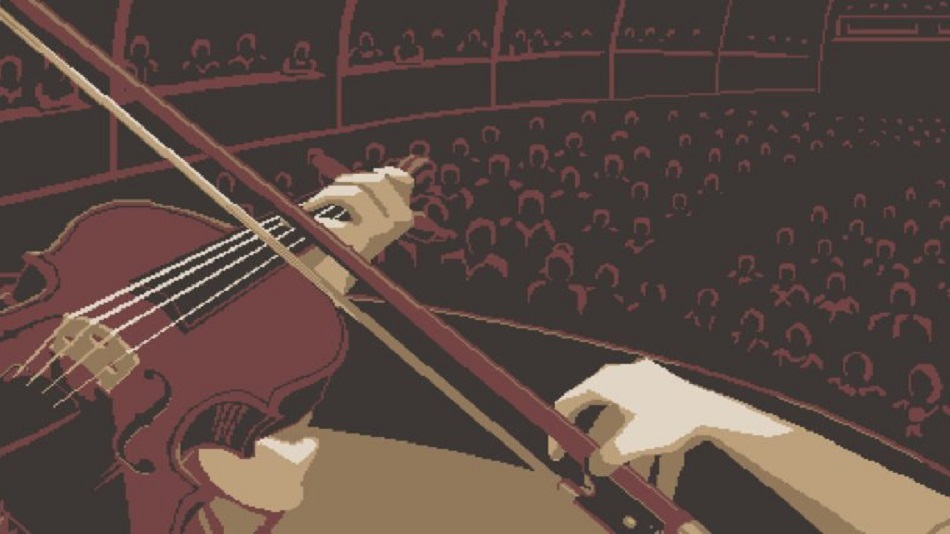 Each chapter involves a unique premise and interesting circumstances. The first episode, for example, takes place almost entirely on one half of a single screen as its composer protagonist is trapped in an alpine cabin during a storm while trying to finish a new piece. The second episode is by far the most intriguing, not least for a very slight veneer of paranormal-seeming “powers” involving a painter. The third episode feels like it bites off a little more than it can chew, but I can’t bring myself to blame it for failing to make theoretical mathematics look very interesting — that’s a tough challenge in any medium!

The choices throughout the plot have subtle but meaningful effects on the trajectory of each tale, and a a convenient “connections gallery” allows players to dig a little deeper into the narrative bonds between each episode. There are also Telltale-style post-credits screens that break down each choice by audience percentage and even allows players to re-do a decision — I was gratified to know that I was in the mere 30% of players that managed to solve the painter’s dilemma as well as win the affection of his harshest critic.

While most of the content is strong, The Lion’s Song would have benefited from a more cohesive approach to the fourth episode. Rather than concentrating on one person’s story, the fourth views events from alternate perspectives and tries to weave together the previous three installments while adding closure and acknowledging the historical elephant in the room — the first World War. Unfortunately, it doesn’t work as well as it could’ve, and instead muddies the timeline and leads me to think the last episode was more of an afterthought than part of the original vision. Less forgivable are the technical shortcomings. 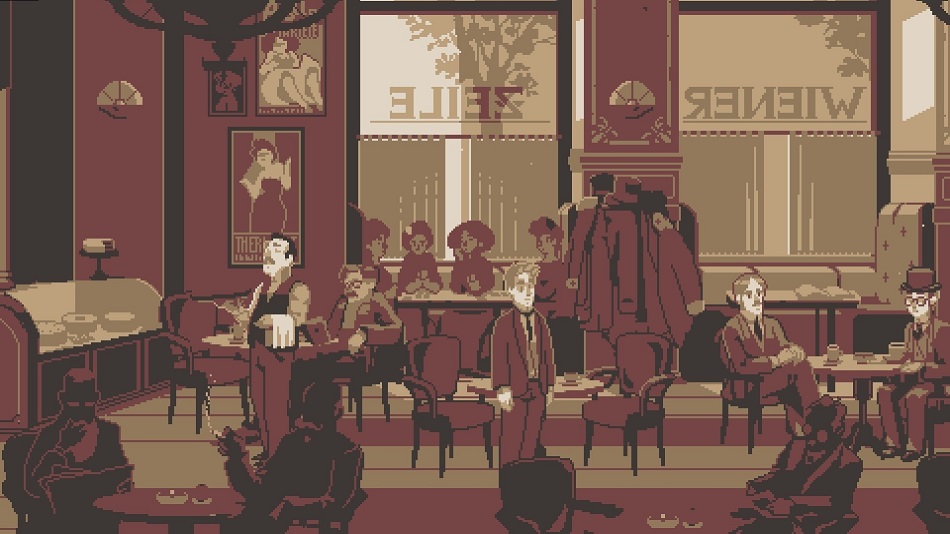 The Lion’s Song plays just fine on the Switch, but I can’t help but feel like parts of it are actually a regression, of sorts. For example, movement is controlled by pushing a cursor around the screen with the analog sticks, but the game doesn’t accept touch input for the same purpose despite being able to do so on mobile. I’m also not sure if it’s related, but I’d also advise players to exercise caution when messing around with the cache on their Switch. Purging my cache to fix an unrelated bug led to losing checkpointed progress in the game itself.

Beyond the stumble in its closing act and a little dissatisfaction with the controls, The Lion’s Song is deeply satisfying. To an adventure neophyte like me, it’s brilliantly unconventional, not only for its lack of adherence to the familiar fantasy and science-fiction genre tropes that so dominate mainstream gaming, but because the characters feel grounded and realistic, and the difficulties they face seem intractable right up until the moment the player shepherds them to a breakthrough via dialogue choices and clever exploration.

Though I can’t tell if The Lion’s Song is any better on Switch than it is on PC or mobile, I can say that it’s a unique and brilliant narrative adventure that offers an artistic journey into the hearts and minds of creators amidst a singularly dynamic time in history. Rating:  8 out of 10

Disclosures: This game is developed and published Mi’Pu’Mi Games. It is currently available on PC, iOS, Android, and Nintendo Switch. This copy of the game was obtained via publisher and reviewed on the Nintendo Switch. Approximately 6 hours of play were devoted to the single-player mode. The game was completed. There are no multiplayer modes.

Parents: According to the ESRB, this game is rated Teen and contains descriptors for Language, Sexual Themes, Use of Tobacco. The characters occasionally swear and some smoke heavily.

Deaf & Hard of Hearing Gamers: All interaction takes place via text and visual interface elements. Most sound effects are subtitled using closed captions. Some exploration in the first episode uses audio cues and may be more difficult for a hearing-challenged player, though patience will eventually win out. 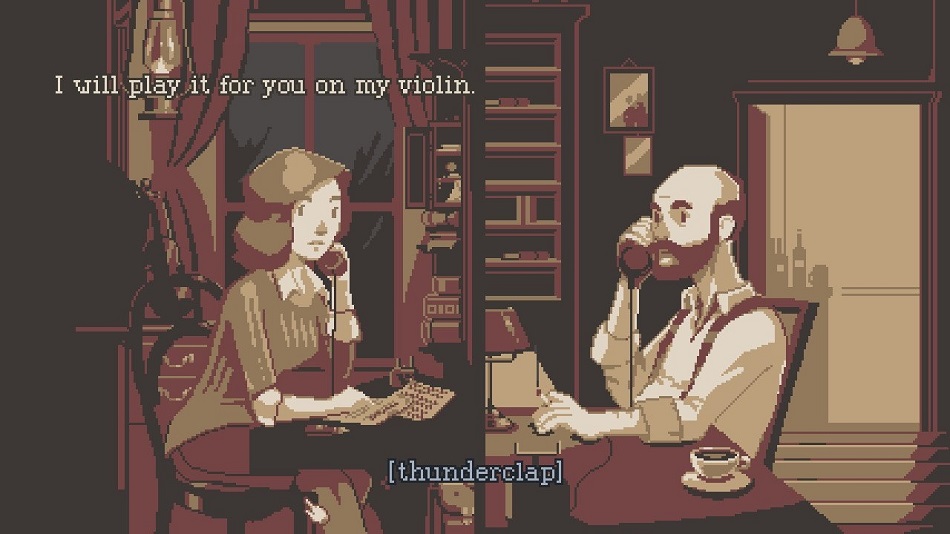 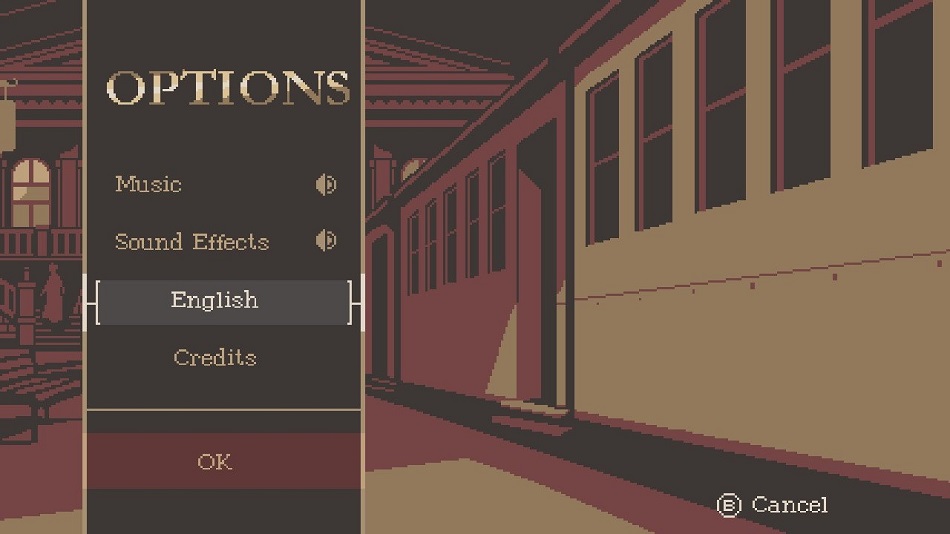