Second Star To The Right, Straight On To My Space Station 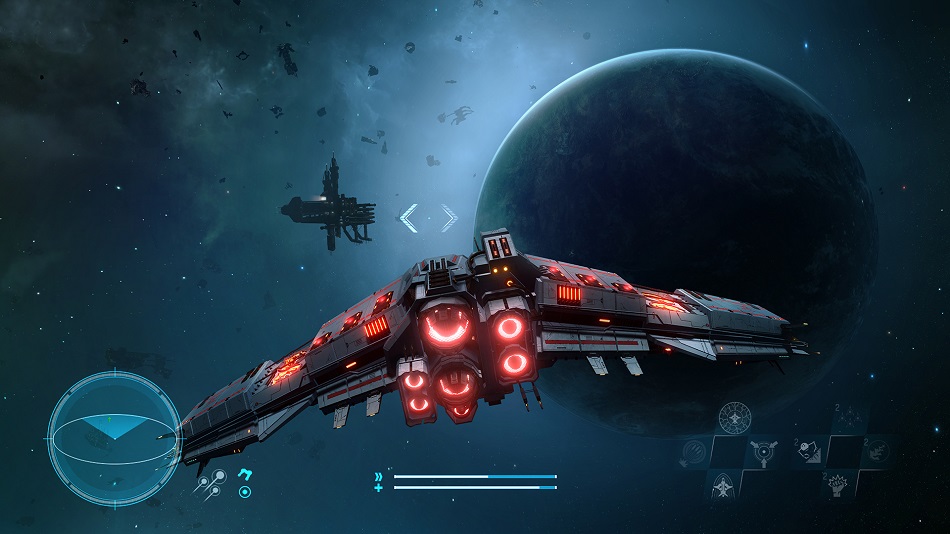 HIGH It splits the difference between Freelancer and Masters of Orion…

LOW …by building one game and grafting it onto the spine of the other.

WTF Awkward mouse and keyboard controls for a PC exclusive.

Outer space might be the biggest thing anyone can imagine, but games set in space have always had a problem with scale. They’re either gargantuan, macro-sized strategy titles that reduce entire planets of people down to shiny baubles on a starfield, or they’re highly personal stories about a single ship’s crew, or even a single individual.

For its part, Starpoint Gemini 2 (which Warlords is based on) started close to the latter, smaller-scale territory, placing players in command of a single ship as they took on missions, fought enemies, and traded their way through the galaxy. It was hailed as a credible (if rough-edged) successor to the venerated Freelancer thanks to its open structure and simpler, more accessible take on space sims compared to the intimidating complexity of “hardcore” titles like the X series.

Starpoint Gemini Warlords is an intriguing spin-off that attempts to, in its way, port the Starpoint Gemini 2 experience to an entirely new sense of scale. If Starpoint Gemini 2 conjured shades of Freelancer or Elite, Warlords evokes the spirit of Master of Orion and other so-called “4X” strategy titles.This entry includes a massive map screen, resource gathering, and fleet management, all done from the comfort of the player’s flagship. In many senses, Warlords‘ strategic layer feels like a different game laid on top of the foundation formed by Starpoint Gemini 2.

As leader of the Solari Concord, an in-game faction struggling for power in the distant Gemini system, players will direct the development of their faction by colonizing areas of space represented by tiles on a large map screen. They’ll construct starbases, conduct research for new technologies, and build ships to add to the fleet. They’ll gather resources by completing missions and side quests (which also award RPG-style stat upgrades and new equipment) and even send civilian crews on miscellaneous errands for the greater good. Trade and diplomacy also play a role, though given the title of the game, peaceful means of exerting dominance are given less attention than military conquest. 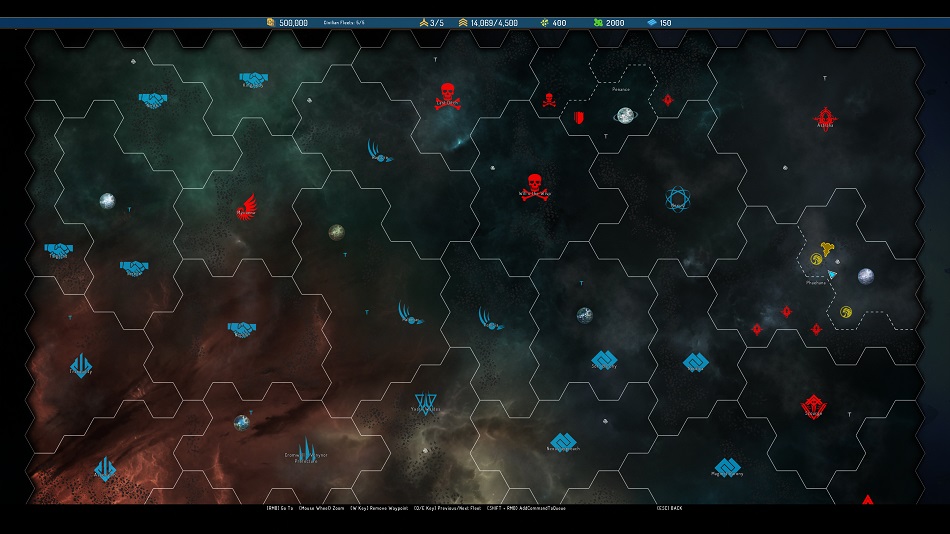 While it’s clear that Little Green Men have constructed a surprisingly robust strategy layer for Starpoint Gemini Warlords, it’s where the two halves of the game – the Civ-like long game and the ship-based combat and exploration – connect that the seams are most apparent.

While people can play alongside many of the ships they construct, leading their fleets in a sort of sci-fi approximation of company-scale combat, little in the way of direct control is afforded to them, leading players to feel less like a fleet commander and more like a chaperone, having a gaggle of somewhat dim AI companions following them into a visually impressive cacophony of energy bolts and projectiles. The fact that player-executed missions and quests are a major source of strategic resources doesn’t quite solve this disconnect, and for all the time one can sink into Warlords, it feels as if one is bouncing between two separate games.

It also doesn’t help that resource constraints are a major brake on pacing. For some reason, one particular resource is difficult to earn in a timely way, making progress feel like a grind held back by arbitrary scarcity. This is a decision that can easily be patched or even modded out, though, so there’s always a chance that such a complaint might become moot with time.

Another issue for me was that the threadbare narrative was hardly compelling. Atmosphere and writing might be Warlords‘ weakest point, with stilted voice acting and a generic setting largely failing to inspire as much imagination or energy as the likes of classic entries such as Alpha Centauri, Elite, or even Wing Commander. The robust gameplay is worth engaging with outside the constraints of the story, but players who need narrative motivation may be left unfulfilled.

Starpoint Gemini Warlords is an impressive effort by Little Green Men, especially in light of its crowdfunded origins and community-driven design. That they’ve managed to expand the scope and scale of their game to encompass a whole other genre outweighs the concerns raised by poor balancing and a less-than-smooth final result. All the same, those concerns remain, so those who are willing to put up with the rough edges are the ones who’ll find themselves most satisfied. Rating: 7 out of 10

Disclosures: This game was developed by Little Green Men and published by Iceberg Interactive. It is currently available on PC. This copy of the game was obtained via publisher and was reviewed on the PC. Approximately 20 hours of play were devoted to the single-player modes, and the game was completed. There are no multiplayer modes.

Parents:  This title is not rated by the ESRB. Based on the content experienced in the game, it would likely warrant a rating of E10+, and contain descriptors of fantasy violence. Characters in the game are represented by spaceships, and combat takes place entirely between varying vehicles.

Deaf & Hard of Hearing: The game features subtitles in English. There are no audio cues necessary for successful gameplay. This game is fully accessible.