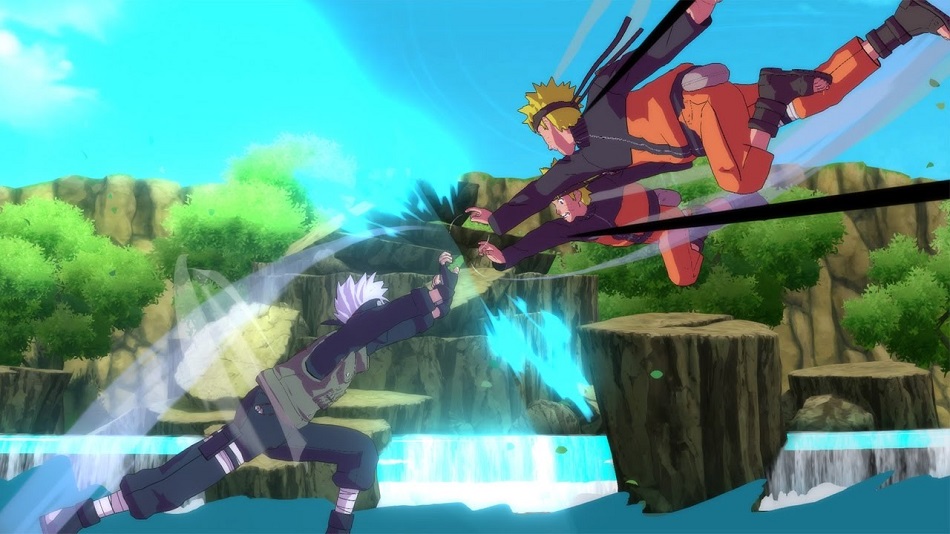 HIGH Almost all of Naruto history gathered into a single package.

LOW Naruto history is really the only reason to play it at this point.

WTF Knowing that Naruto’s story mode is still among the best in fighting games.

It would be a bit of a stretch to credit the Naruto-based Ultimate Ninja Storm series with reviving the fighting game genre, but it’s worth pointing out that it was released worldwide shortly before Street Fighter IV went and blew up the whole scene.

At the very least, CyberConnect2’s most profitable and enduring franchise was once part of an august generation of fighters, and doesn’t get enough recognition for that fact. Perhaps it was due to being a tie-in to the Naruto manga and anime, or perhaps because of its simplistic input system and lack of an online mode. Maybe because it was exclusive to the then-struggling PlayStation 3?

Whatever the case, Ultimate Ninja Storm ended up being a devastatingly attractive, full-featured game at a time when licensed titles were still associated with cheaply-made cash-ins. Its success catapulted CyberConnect2 to the upper reaches of Japan’s triple-A development scene, and reassured countless fans that anime games could be good. Now, just short of the series’ 10th anniversary, players of all stripes can take a trip back in time with Naruto Shippuden: Ultimate Ninja Storm Trilogy.

This package containing all three is available as a single combined release on consoles, piecemeal on PC, or as part of the Ultimate Ninja Storm Legacy bundle, which includes the final series entry, Naruto Shippuden: Ultimate Ninja Storm 4, as well as that game’s Road to Boruto expansion. This review covers Trilogy alone. 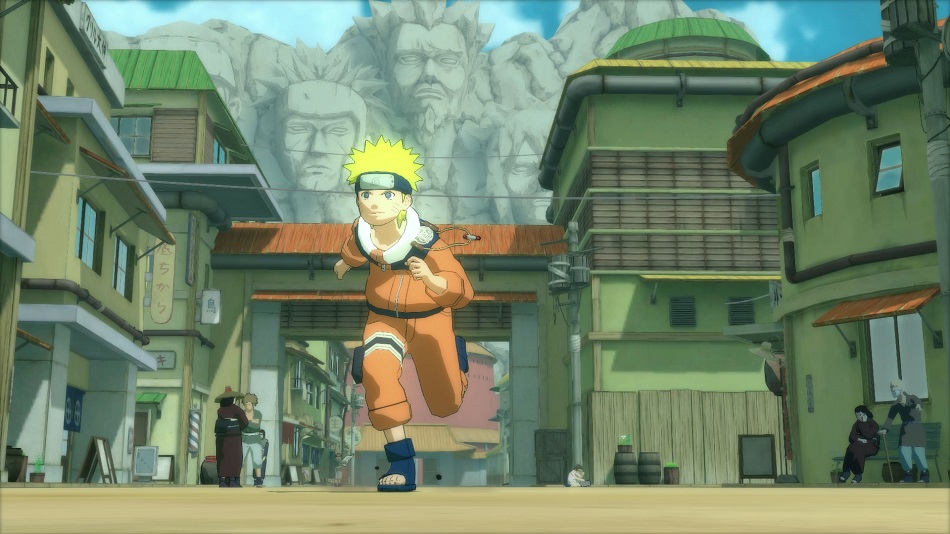 The three games in Trilogy cover the Naruto saga from its beginnings, following the titular problem child from his days as a ninja schoolkid to a big darned hero, and ending just before the outbreak of the Fourth Ninja World War, cutting off just before the stakes go fully universal in Ultimate Ninja Storm 4. Despite the lack of clear resolution in Trilogy, the sheer scope and scale of the story isn’t to be underestimated. Players are treated to an abridged version of Naruto that papers over the quiet moments with furious, delectable spectacle, while still preserving the heart and vigor that attracted so many to Naruto in the first place. CyberConnect2’s golden child holds power even ten years and a full console generation on.

Unfortunately, the end of this story isn’t available without the fourth part of the series, and having Ultimate Ninja Storm 4 as part of this package (making it a Quadrilogy) would push the collection’s value proposition quite a ways up. Regardless, it’s undoubtedly great to experience the story once again – or perhaps for the first time for some, seeing as these games are easier to complete than 700 manga chapters and 500 anime episodes. However, on a mechanical level the games haven’t aged well, and playing them again for reasons beyond historical interest is a big ask.

The gameplay in the Ultimate Ninja Storm titles is clearly more evolved in the later entries, with the former ones having less in the way of distinct identity or exclusive content. Looking at the first release of Naruto: Ultimate Ninja Storm with fresh eyes, the gameplay does feel as simplistic as its critics at the time insisted, with one button for melee strikes, another for throwing projectiles, a jump/dash, and a “chakra” button that modifies the next action with ninja magic and unleashes each character’s “jutsu” special attack.

The newer titles have grown from this humble foundation into a tournament-ready series that de-emphasizes complex inputs in favor of fast-paced feints and counter-feints, and the mindgames of trying to bait an opponent into using his or her ultimate move and catching them unprotected. Little of that is in the original game, and it’s tough to go back to.

That game maintains a special gimmick, though, and that’s its picturesque recreation of the Hidden Leaf Village. Players can run, jump, and gather collectibles in this quasi-open-world hub, taking on missions and mini-games. But as much as fans have clamored for this hub to come back, the ravages of time have taken their toll here as well. While it’s entertaining to careen around the village, the mission structure of the original game is wretched. It’s padded to oblivion with tedious minigames and grinding fights between story snippets. The second game does much to redeem this story mode, replacing the open world with a sort of low-frills JRPG experience, sending Naruto and his pals across the ninja world following the beats of the plot. It’s a structure that’s been supporting the series from Ultimate Ninja Storm 2 onwards, and it results in a satisfying (if still overlong) story mode unique in fighting games.

After revisiting these three titles, it’s hard to recommend the collection for reasons other than nostalgia or the need for a gateway to Naruto fandom. While it serves both of those functions well, Naruto Shippuden: Ultimate Ninja Storm Trilogy is ultimately a good example of why some games are better off left in the historical record. Rating: 6.5 out of 10

Disclosures: This game was developed by CyberConnect2 and published by Bandai Namco Games. It is currently available on PS3, PS4, Xbox One, and PC. This copy of the game was obtained via publisher and was reviewed on the PS4. Approximately 30 hours of play were devoted to single-player and multiplayer modes in all available games, and the games were completed.

Parents: This title is rated T by the ESRB., and contains descriptors for Blood, Mild Language, Mild Suggestive Themes, and Violence. The violence is clearly fantastical and performed in a stylized manner emulating the Naruto anime series, but the storyline involves death, serious injury, and war. Some character designs and special moves may be considered risque.

Deaf & Hard of Hearing: The game features dialogue and subtitles in English. There is no voice acting.