Keep It Simple (And Clean), Stupid 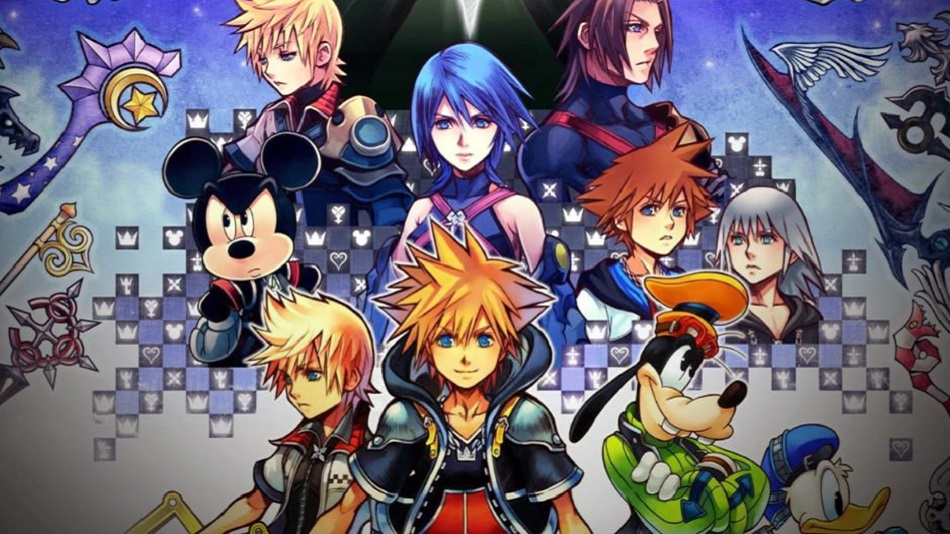 HIGH Huge amounts of content, with all the most essential Kingdom Hearts material.

LOW Nothing that hasn’t been seen before.

WTF Needing three wikis and a Google doc just to keep track of the plot.

Despite being around longer than I’ve been an adult, I’m constantly surprised that Kingdom Hearts is still a thing. Putting aside the years-long delay of Kingdom Hearts 3‘s contributions to this longevity, the franchise’s continued existence remains something of a minor miracle — who could have predicted that a crossover between Final Fantasy and the characters of Disney would do so well? This unexpected fact is once again fresh in my mind after sinking a truly absurd amount of time into Kingdom Hearts 1.5 + 2.5 ReMix.

It’s also a hell of a lot of game to play, which would explain the long delay between release and review. Even with two of the six games included edited into arrangements of the cutscenes and story beats (they’re boiled down to just movies, essentially) each of the core entries demands between twenty to thirty hours of play just for the critical path. For players with the completionist urge, the game holds secret boss fights, unexplored stages, and extended CG epilogues hinting at future developments. Getting all of that without use of an FAQ promises a playtime in the hundreds of hours. Thankfully, most of that material has been out in the wild for some time, so people with lives to live and schedules to keep can simply look up what they’re missing on any number of sites.

This isn’t to say the games aren’t worth playing, of course. Kingdom Hearts, as a property, remains a fascinating thing, reveling in its absurdity, weaving together numerous Disney and Square Enix properties in a grand, barely coherent multiverse. Kingdom Hearts is the kind of place – perhaps the only place – where Mickey Mouse, Donald Duck, and Goofy are crusading knights on a mission, or where classic Mickey rival Pistol Pete can get dolled up in Tetsuya Nomura’s patented belts-and-zippers aesthetic and hang out with Captain Barbossa and Jack Sparrow. It’s a place where spiky-haired teens wielding elaborately-designed swords can beat a god with the power of friendship, and the friendships in question include three fairy godmothers, Jiminy Cricket, and Yen Sid, the old wizard from Fantasia. Kingdom Hearts could be the most expensive, expansive, and elaborate exercise in brand synergy ever made, but it’s too artful, too earnest, and too generous to be the soulless corporate exercise that its more strident critics insist it is.

Sadly, the downside of having nearly all of Kingdom Hearts in one spot is the sobering realization that not all the games have all held up as well as my memories of them have. 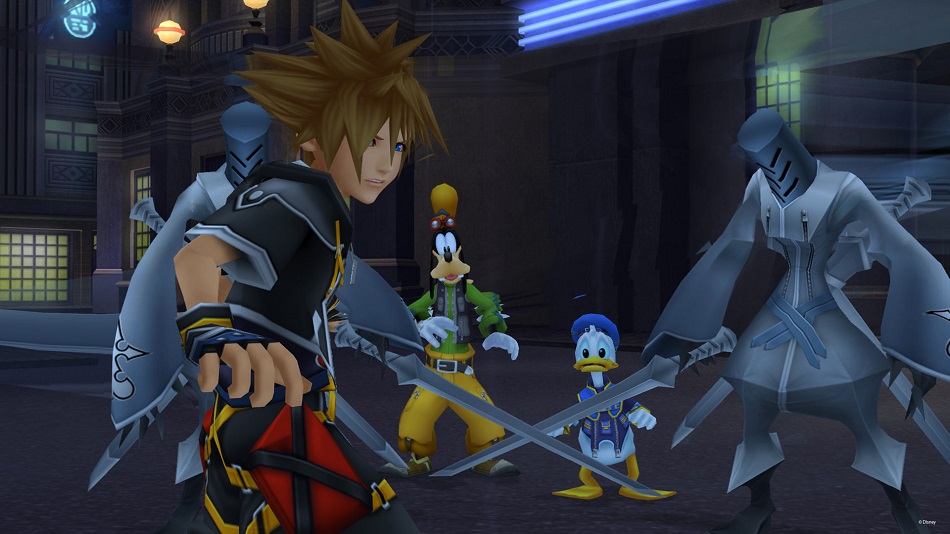 As I dug into the original Kingdom Hearts, it was clear that the design still shows Square Enix’s relative inexperience at crafting action games. Despite the extra content and gameplay enhancements of its “Final Mix” expansion, Kingdom Hearts controls awkwardly, with a lock-on system and camera too wonky to make the combat feel good. It’s also hard to ignore the simplicity of the rudimentary RPG systems, nor the unenjoyable emphasis on platforming puzzles and a low-rent “Gummi Ship” minigame which was originally added to hide loading times. The title that started it all is an experience best blitzed through.

Faring even worse is Kingdom Hearts Re: Chain of Memories, a quasi-sequel to Kingdom Hearts originally released for the Game Boy Advance and remade in 3D for the PlayStation 2, released mainly to appease GBA owners rather than be an essential part of the lore. Its gameplay was altered to suit the platform’s inability to replicate the action-based combat of Kingdom Hearts, and the version available in this collection doesn’t quite right thanks to holdovers from the old GBA gameplay systems.  If nothing else, it’s worth a look for the extended glimpse it gives at the future antagonists of Kingdom Hearts II.

Speaking of which. Kingdom Hearts II is where the magic happens. Done up at a solid 60 frames per second and rendered with the power of today’s platforms, the art direction of the saga’s second main entry really shines through. The plot also takes greater chances, twisting wildly and taking lengthy detours. The addition of Drive Forms, reaction commands, and a true commitment to grand spectacle makes the game feel like the moment Kingdom Hearts really “arrived”. I still remember playing the game when it was new, thinking that I could expect to see Sora, Riku, or Kairi cosplayers as feature attractions at Disney parks one day. I was naive, but the game holds up.

The same can be said of Kingdom Hearts Birth By Sleep. The third portable entry in the franchise was released for the PSP, and plunged deep into its own lore, detailing the root cause of Kingdom Hearts’ multiversal woes. As a prequel of sorts to the original Kingdom Hearts, Birth By Sleep stars three new cast members: Aqua, Terra, and Ventus, living in a time when the game’s signature weapons, the Keyblades, were wielded by a Jedi-like order of warriors. Of course, where there are Jedi, there are sith, and the convoluted past of the saga’s primary antagonists are revealed. It’s also in Birth By Sleep that the seeds of resolution for Kingdom Hearts as a whole are planted, making it essential playing for players seeking to prep for the eventual release of Kingdom Hearts III.

Rounding out the collection are Kingdom Hearts 358/2 Days and Kingdom Hearts Re: Coded. These games aren’t “playable” per se, but instead manifest as annotated anthologies of each game’s cutscenes and narrative points. Released for the Nintendo DS, these offerings fill out the space between Kingdom Hearts and Kingdom Hearts II, and help lay groundwork for Kingdom Hearts III. Both lasting between two and three hours, the games really aren’t served well by the absence of interaction, though the stories can be engrossing. 358/2 Days covers the life of Roxas, and gets into more detail about the tragic villains of Organization XIII. Re: Coded, on the other hand, illustrates just how much water the series has been treading while Square Enix figures out how to pull off Kingdom Hearts III. It’s just a place-setting, and easy to skip for people without much time to spare.

Despite the uneven quality of its contents, there’s no denying the sheer value present in Kingdom Hearts 1.5 + 2.5 ReMix. It’s the Greatest Hits Collection of Kingdom Hearts, and anyone curious about the series or looking to refresh their memory ahead of the new stuff should pick it up. Rating: 8 out of 10

Disclosures: This game was developed and published by Square Enix. It is currently available on PlayStation 4. This copy of the game was obtained via publisher and was reviewed on the PS4. Approximately 110 hours of play were devoted to the single-player modes, and all included games were completed. There are no multiplayer modes.

Parents: According to the ESRB, this game’s rating is E10+, and contains fantasy violence, mild blood, and use of alcohol. The characters fight mostly inhuman monsters, and the violence is bloodless, though death and injury are often implied in dramatic scenes.

Deaf & Hard of Hearing: The game features subtitles in English. There are no audio cues necessary for successful gameplay.

Remappable Controls: The game does contain partially remappable controls. Face buttons and button shortcuts for magic spells can be reassigned.