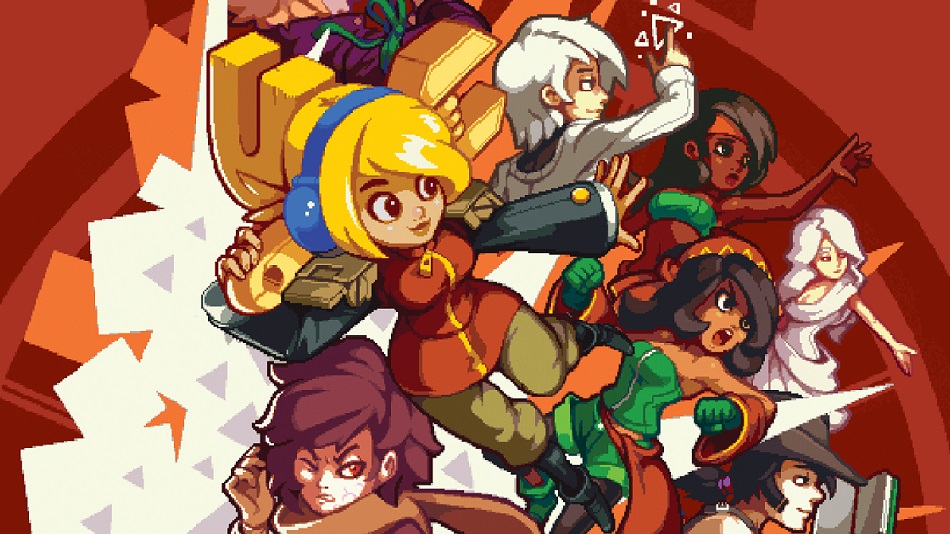 LOW …though players will need to chew on the writing to get the full flavor out of it.

WTF It is utterly bonkers that all this was developed by one person!

An old cliché of game reviewing is for the reviewer to declare a title with familiar aesthetics or mechanics to be a ‘love letter’ to the thing it was inspired by. This isn’t necessarily a bad thing (and I’ve used it myself) but it can seem a bit reductive at times, implying that the new work is inherently lesser than what it draws from. Things can be further blurred when a recreation is ‘faithful’ to the point that the line between appreciation for classic forms and pandering to nostalgia is hard to see.

Thankfully, Iconoclasts doesn’t suffer from these concerns. In the works for close to a decade, one-man studio Joakim “Konjak” Sandberg’s latest title is definitely a love letter to the age of Super Metroid and the 16-bit heyday of platform adventure titles. More importantly, it builds upon those inspirations and results in a brilliant endeavor that, in key places, exceeds its revered forebears. One such place is in appearances.

At first glance (and in the occasional screenshot) Iconoclasts looks like it could’ve been a Mega Man competitor from the latter days of the SNES, but a closer look reveals a deeper level of detail and a sense of style enabled by technology far beyond what was possible back then. Mood-setting animated sequences match teensy sprites with evocative character design, affirming among other things, that yes, the main character’s ponytail is done up to resemble a wrench head. It’s a neat trick, one that shows Iconoclasts as a game that’s willing to break with the traditional limitations of what came before.

Beyond subtle expansions of palette and performance, Konjak takes a risk in narrative advancement. Games from those days were largely considered children’s toys rather than pastimes for people of any age, tended to hide their darker themes and moments behind colorful facades and uncomplicated premises. In contrast, Iconoloclasts foregoes family-friendly abstraction and starts boldly, putting players in the shoes of Robin. She’s a young mechanic living in a world dominated by the One Concern — a totalitarian religious order that severely punishes anyone with an interest in technology. Of course, as a mechanic Robin’s interest in tech is a given, and she’s been fixing things for people in need. She’s soon found out, and players will spend much of the adventure shepherding her as she struggles against the One Concern and its agents, eventually uncovering the truth behind the fascist group’s dogma. 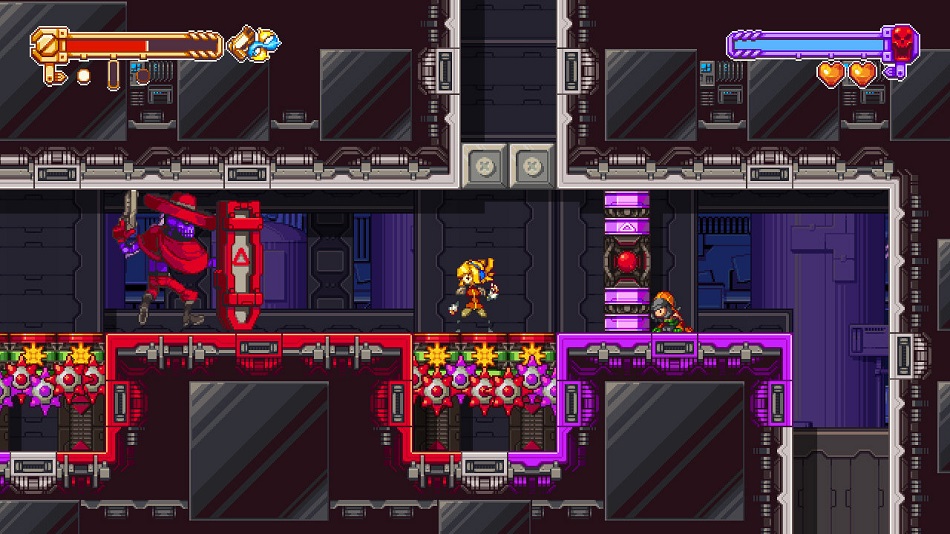 Iconoclasts has an uncommonly involved story, and isn’t afraid to stop the action for a cutscene or to let players wander around a space, taking in the sights and speaking to NPCs for nibbles of world- and character-building. Layered scenes (sometimes not even involving the main cast!) serve as small stories that flesh out Iconoclasts’ take on religion and faith, with the generally-heavy proceedings tempered by sharp humor that sometimes transitions effortlessly to well-earned shocks.

Strong moments like those shocks define the narrative experience of Iconoclasts more than the actual events of the plot, which struggles to make itself comprehensible amid a flood of complications and side details that muddy the thematic waters. The core themes of religion and rebellion work well enough on their own, but the same can’t be said of the subplots about immortals, energy sources, disasters, and space travel. Though Iconoclasts struggles to make its message clear, players willing to put up with some stiff writing and dialogue will find plenty to like.

Less divisive is the quality of the play itself, which takes the lessons and experiences learned from decades of action-platformers and distills them into a style all its own.

Though primarily inspired by the classical Metroidvania template, Iconoclasts doles out new abilities and tools rather slowly compared to most in that genre. Instead, the devs keeps Robin reliant on her trusty wrench — a multi-function melee weapon that can bash enemies, control electrical currents, open doors, help her glide down ziplines, and, of course, turn carefully-placed bolts. Puzzle-driven sequences and boss fights require both combat and quick-thinking skills, and make up the most memorable moments of play. For example, one boss battle has Robin and a pal taking turns to reconfigure a boss’ room while under fire, so they can take turns damaging it.

It’s still kind of incredible to think that a single developer working alone made something like Iconoclasts, but after playing, it’s easy to see why it took as long as it did. Rough patches might remain, but Iconoclasts is a singular effort that, had it lived in the time of its inspirations, might have stood tall alongside them to inspire future generations of creators. In present day, it’s a sharply contemporary work that incorporates those lessons to result in a brilliant, unique experience. Rating: 9 out of 10

Disclosures: This game is developed by Konjak and published by Bifrost Games. It is currently available on PC, PS4, and PS Vita. This copy of the game was obtained via publisher and reviewed on the PS4, with testing on the PS Vita. Approximately 16 hours of play were devoted to the single-player mode, and the game was completed. There are no multiplayer modes.

Parents: According to the ESRB, this game is rated T, and contains content descriptors for Violence, Blood, and Mild Language. Players control stylized characters and use superpowers and weapons to destroy monsters. Some subplots and characters or relationships may be interpreted as abusive. Mild expletives are occasionally uttered.

Deaf & Hard of Hearing Gamers:  All dialogue is rendered via text. No audio cues are required for play. It’s fully accessible.

Remappable Controls: The game has no remappable controls.