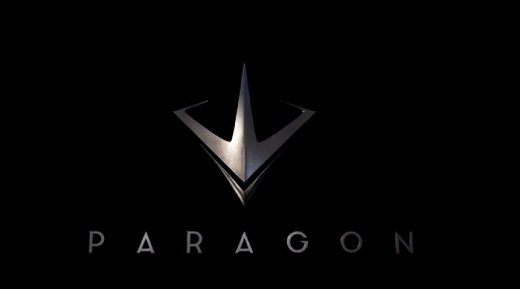 Epic Games wasn't kidding when it trumpeted Paragon as a proud, fully-certified MOBA. Even without any real experience playing the current representatives of the genre like Dota 2, League of Legends, or Heroes of the Storm, it was easy to see the ways that Paragon holds fast to many of the various conventions and idiosyncrasies that make up modern Multiplayer Online Battle Arena titles. Paragon's value, at least from my own perspective, is that it piqued my interest in MOBAs and their unique, sports-like architecture more than others have.

The largest factor would be the game's presentation. Unlike the market leaders which look superficially like a top-down real-time strategy game featuring only a handful of units, Paragon plays from the third-person perspective more common to the likes of Uncharted or even Epic's own Gears of War series. The camera angle is classic cover-shooter, set some ways behind a player's character and slightly to the side, allowing a clear view of what's ahead. Besides showing off the high-quality graphics and effects of Unreal Engine 4, seeing what's ahead is crucial to playing Paragon because playing it like a standard third-person shooter will lead to a quick death, and likely a tongue-lashing from angry teammates. 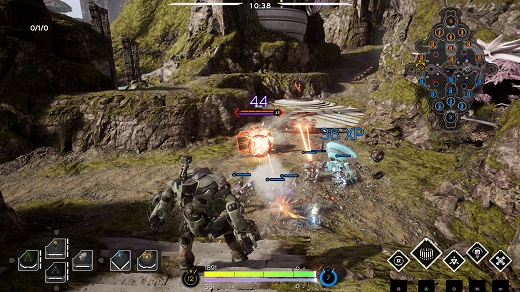 Indeed, Paragon duplicates both the deliberate pacing and carefully considered spacing of "true" MOBAs, with few concessions to players that just want to run around and shoot things. The classic three-lane structure is still intact, with teams vying to whittle away at their opponents' defenses and, ultimately, destroy their base's core.  As in most MOBAs, small armies of computer-generated minions spawn from each base, marching across the map towards each other. Each player's task is, at the macro level, is to facilitate their side's advance by using their characters to kill the enemy's minions, and preventing the enemy players and base defenses from doing the same.

Utilizing minions is crucial, as minions take the brunt of fire from enemy defense towers, as well as serving as the primary source of experience points used for improving one's character. Uniquely MOBA-derived concepts like "last-hitting" (scoring the final blow on an enemy minion to gain bonus rewards) and "the jungle" (the forested space between the map's lanes that hosts unique, powerful foes to kill or spaces to hide and ambush enemy players) are fully in play in Paragon, with their attendant strategies and behaviors.

Unlike traditional MOBAs and other third-person competitors like SMITE, however, Paragon employs greater levels of verticality, with different lanes and the jungle existing on different elevations. Sightlines and terrain visibility come into play in a more naturalistic way, as a result, and players can even exploit height advantage to increase the effectiveness of some attacks. 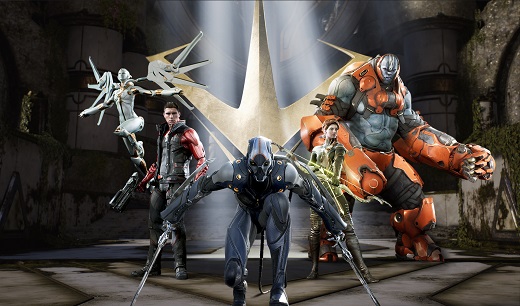 Paragon's cast of characters – fourteen strong with the recent addition of the Grim Reaper-esque Sevarog – runs the gamut of stylistic influences, from the sci-fi inspired cyborg sniper Murdock and the angelic support android Muriel, to more monstrous brawlers like Grux and Rampage, or magic-users like Gideon. There's also a cat-like creature piloting a robot suit festooned with rocket launchers, and more.

Each character conforms to the classic roles, with Rangers like Murdock and the pistol-wielding Twinblast dealing damage at a distance while Fighters like Feng Mao (a warrior-monk that looks cribbed from of World of Warcraft's Draenei race) and Grux mix it up in direct combat. Casters like Howitzer and Gideon use their abilities to harry opponents or quickly wipe waves of minions and support a push. Distinguished by their abilities, each hero makes for a unique, if sometimes familiar play style.

The game's style appears to encourage players clashing early and often, with less downtime spent "farming" minions for experience. The third-person camera makes effective targeting and range management a priority (something I've never been good at) so for my part I gained a fondness for the area-effect attacks of casters like Gideon and Howitzer. I enjoyed being able to contribute to the battle more indirectly, pushing untended lanes, tossing potshots from outside the scrum of group engagements, and guarding the harvesters that slowly fed experience to the whole team. 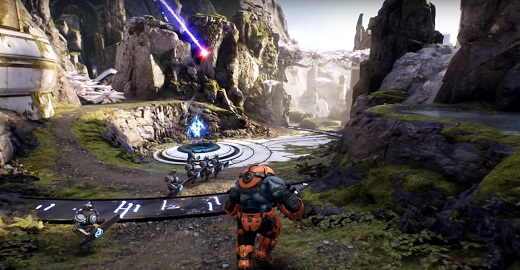 Equipping cards grants boons ranging from statistical boosts to healing or map sight, and it felt a little too fiddly for its own good – and worse, it felt like I was letting the team down every time I returned to base to upgrade a card. Having some kind of loadout system or pre-set upgrade path (determined before starting a match) would have been preferable.

The same could be said of Paragon's somewhat oblique approach to character advancement. In lieu of a persistent leveling system, playing for extended periods with a character unlocks various "tributes" ranging from randomized card packs to special skins. However, the tributes don't feel meaningful enough to new or less knowledgeable players, and tends to penalize those that try multiple characters as they find their preferred play style. I would have preferred some kind of currency system that could be applied to whichever character I ultimately settled on mastering.

Without the massive casts of Dota 2 and League of Legends, Paragon is well-suited at the moment to dabblers and dilettantes, and Epic would do well to avoid discouraging that behavior while the game is in Early Access.

Speaking of Early Access, the signs of it can be seen here. Tutorial material is lackluster and centered around out-of-game Youtube playlists. Placeholder content, particularly in the jungle areas, is still present and yet to be implemented, and cross-platform communication is still difficult, particularly for console players that lack access to a keyboard. The community, still currently limited to players that have ponied up for a "Founder's Pack" microtransaction bundle, has been largely positive, though the high stakes of a typical MOBA tends to make tempers run hotter than usual, with some toxic behavior in chat an inevitability.

Though some edges will need to be smoothed out, Paragon makes for an attractive, promising MOBA whose unique presentation could open doors for the genre in both the console space, and among those (like myself) who hold less affinity for the traditional style. With some time left the in Early Access period, Epic would do well to work out some of the kinks if they hope to have a hit on their hands.