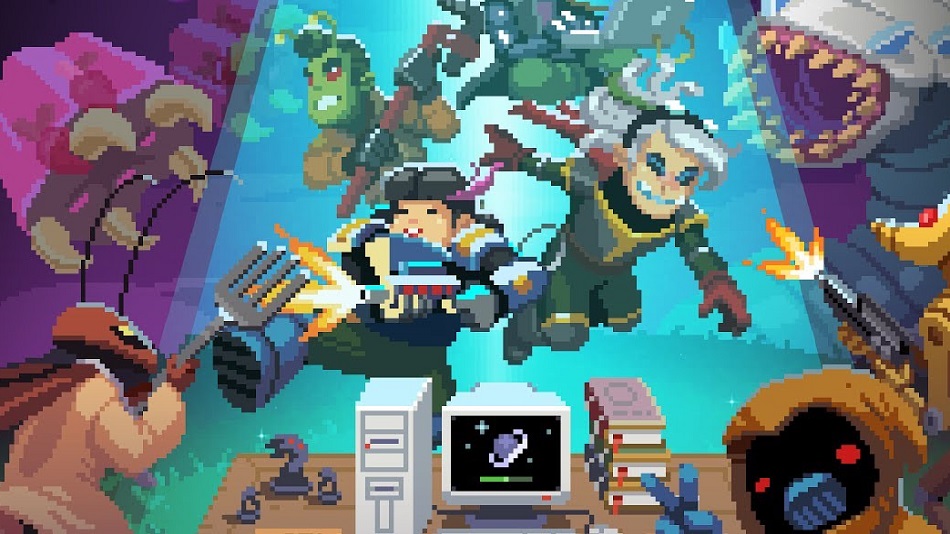 HIGH Depth in both mechanics and narrative…

LOW …But not enough to escape shallow first impressions.

WTF So they’re playing a tabletop RPG on a PC in the ’90s. How are they talking to each other?

Brazil-based outfit Behold Studios have always been a rough-hewn gem in the wilderness that is game development outside more established centers like the west and Japan. Their games, including the unique Knights of Pen & Paper and the quirky Power Rangers parody Chroma Squad have shown a talent for fusing charming, referential humor with a creative aesthetic and accessible gameplay mechanics. That tradition seems to hold true as the studio return to the RPG well with Galaxy of Pen & Paper — it’s essentially a beefed-up, sci-fi-themed sequel to their breakout hit.

As with Behold’s other releases, Galaxy of Pen & Paper weaves a cute meta twist into its premise. It’s a game about playing a game, though where Knights placed its cast at a kitchen table in front of a Game Master and his Dungeons and Dragons-esque DM screen, Galaxy is set on the GM’s ’90s-era computer where they play a spacefaring turn-based campaign over what seems to be an ahead-of-its-time voice chat solution. It’s a bit less evocative of its period than Knights, but it works as an effective way to jazz up the presentation a bit.

Rather than a Wizardry-like behind-the-back perspective, Behold’s gotten a bit more ambitious with its signature pixel art aesthetic. More complex, cartoonish sprites animate and battle across a horizontal playing field, while charming low-poly spaceships traverse a cheery, bright cosmos in search of loot, experience points, and monsters to fight. 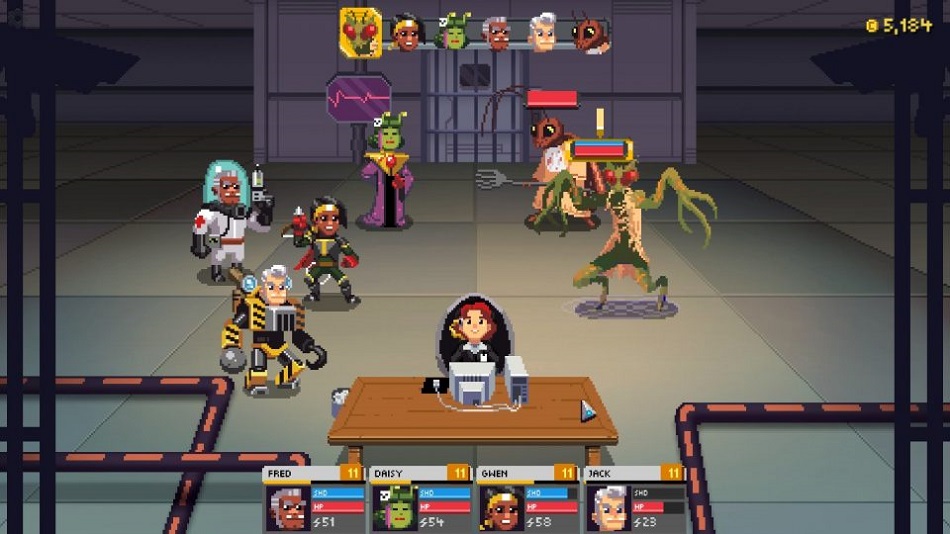 The story builds on lessons learned from Chroma Squad, with marginally-more involved attempts at narrative cutscenes and even some throwaway dialogue to justify the traditional “dial-a-sidequest” style of self-directed mission generation. Combat is also improved, with greater and more detailed options for characters to customize their builds and add personality to their class behaviors. And, thanks in part to its shared existence on mobile platforms, it controls easily and with a minimum of fuss. Large, colorful icons and evocative designs ensure that most important information is clearly understood on first glance. While the mechanics and AI don’t quite rise to the level needed to make Galaxy of Pen and Paper a lasting experience, it’s definitely more substantial than previous offerings, with more to give to a player that feels like mastering it.

Unfortunately, while the game as a whole is more ambitious and refined than Behold’s previous work, it seems that they’ve let their reputation for fourth-wall-breaking humor and cheeky references get the better of them this time. Don’t get me wrong — it’s not like I was expecting NieR: Automata from this, and both Chroma Squad and Knights of Pen & Paper didn’t have sweeping or complex narratives, but it feels like Galaxy of Pen & Paper is barely trying to keep its own thread together, and is more content to rely on loving references to sci-fi properties ranging from Star Trek to Akira. I have no quarrel with this kind of humor, but it definitely feels like the geeking out is coming at the expense of any story the game is trying to tell.

In the end, it’s heartening to see Behold’s latest effort result in an improvement on their unique strengths. Galaxy of Pen & Paper feels like a worthy indicator of their rise, even if its less savory quirks keep it – and by extension, Behold – from shaking the weight of their other weaknesses. Rating: 7 out of 10

Disclosures: This game was developed by Behold Studios and published by Iceberg Interactive. It is currently available on PC. This copy of the game was obtained via publisher and was reviewed on the PC. Approximately 15 hours of play were devoted to the single-player mode, and the game was completed. There are no multiplayer modes.

Parents: This title is not rated by the ESRB. Based on the content experienced in the game, it would likely warrant a rating of E10+, and contain descriptors of cartoon violence. Players use cartoon avatars in turn-based combat against various cartoon avatars, and violence is bloodless.

Deaf & Hard of Hearing: The game features dialogue and subtitles in English. There is no voice acting.

Remappable Controls: The game does not contain remappable controls. Most inputs are handled via the mouse.