Everything But The Story HIGH The battle system is fantastic.

Grand Kingdom is a big game, and on paper it seems to offer everything I like in big games.

For example, I like strategy role playing, and I like mixing and matching different classes to create a party that best fits my play style. My first party in Grand Kingdom was pretty vanilla—a fighter, a healer, a mage and a ranger. We kicked ass for hours but I was constantly unlocking new, more interesting classes and I wanted to try them out too.

Grand Kingdom understands this and let me manage six separate groups. How about a Dragon Mage backed by two gunners? A team is usually four members, but that Dragon Mage rides a dragon and, well, dragons are big. Maybe I want to sacrifice defense for speed and have four Thieves using stealth and daggers to cut enemies down? I can do that too.

I like turn-based combat with flair. Grand Kingdom is turn-based and allows me to hit a button at just the right time to deal more damage. It feels good to nail the timing and sink a few extra arrows into an enemy. I liked setting up my Fighter’s skills in the perfect order. A stab, and then an uppercut sending the enemy leader flying into the air, and then waiting for the perfect moment to strike again as he falls back down to the earth.

Maybe the enemy still has a few hit points left. Normally that’s not a big deal, but I can see the turn order at the top of the screen and their leader is up next and he’s pissed off. That’s okay, because once in a while, and I honestly don’t know what triggers it, a party member will jump in with an “assist” attack. Before the enemy gets a chance to retaliate, my Medic has thrown a bottle of acid in his face. It never gets old.

I like board games and video games that play like board games. I like planning my path and avoiding conflict. Grand Kingdom gives me this option, but it’s not so simple. If I see a treasure chest off of the beaten path that takes me away from my goal, I have to remember that there are a finite amount of moves per mission. If I decide to go for it, there may be an enemy patrolling with no way to avoid an encounter. I could fight and win, but not without taking some damage, and I only have so many health potions. Luckily, I have a Ranger in my party so I can use his special field skill to reverse the enemy’s direction. I can sneak behind the enemy as it walks away and collect my loot.

Speaking of loot, Grand Kingdom has tons of it. I like slotting weapons with augments that make my Fighter stronger and my Thief faster. I like shopping at my home base. I like it best when shops let me know which weapons and armor will improve my stats before I buy them. I like seeing my equipment represented on my characters, even if it’s limited to headgear and weapons.

Grand Kingdom allows the player to customize. I can give them different clothes and colors, and even voices. I gave my Witch a witch’s hat. Seemed appropriate. Though it’s purely cosmetic, the hat actually removed the option to equip any headgear for that character for the rest of the game because fashion has a price. Sometimes the shop doesn’t have anything new so it’s time to visit the blacksmith and forge new equipment or upgrade my existing gear. I can even use synthesis to combine the abilities of two weapons into one, new, super weapon. I like that.

I like old-timey maps with big splashes of color showing me exactly who has what territory and where I need to invade next. Early on in Grand Kingdom I chose my faction—a small nation in the southwest region of the world. They’re forest folk. Lots of refugees end up there after losing their homes to the ravages of an ongoing war. Someone has to step up to the plate and defend these people, so I visit the War Room in the barracks and vote on which of the other five nations we will invade next. Sure, I could move for a peace treaty, but where’s the fun in that? I’m not sweating it because I’ve collected a lot of raw materials out on the battlefield and I can use those to build new siege weapons like ballistas and cannons.

Grand Kingdom has a lot going on, and I didn’t even get into talking to townsfolk or visiting the Cat Bag Trading Post, or the online elements. Systems are doled out at a slow pace and I never felt overwhelmed, but there is a lack of cohesiveness to the whole thing. I liked all the pieces, but I never felt like I was moving towards a goal.

It might be that there is no real ‘me’ in the game. The sparse narrative is propelled by two characters who don’t actually appear alongside my avatar in battle. In other tactics games, the support characters join the player’s party to add tension and narrative depth. In Grand Kingdom, the micro drama on the field feels disconnected from the macro drama of the story. My four custom characters fighting battles on a tiny board seem divorced from the grand strategy maps and factions of the overworld. Both parts are done well, but the lack of harmony between them kept me from the type of manic investment I usually have with good strategy role playing games.

Overall, I enjoyed Grand Kingdom quite a bit. On paper this game is everything I want in an SRPG, but it did leave me feeling a little underwhelmed. With a stronger narrative stitching everything together, I think it really would be the total package.Rating: 7 out of 10

Disclosures: This game is developed by Monochrome and published by Spike Chunsoft and NIS America. It is currently available on Playstation 4 and Playstation Vita (No cross buy or cross save). This copy of the game was obtained via the Playstation Network by the reviewer and reviewed on the PS4 and Vita. Approximately 17 hours of play were devoted to the single-player mode, and the game was not completed. 3 hours of play were spent in multiplayer modes.

Parents: According to the ESRB, this game is rated Teen and contains fantasy violence, mild blood, mild language, suggestive themes, use of alcohol. Basically, Lord of The Rings type of stuff.

Deaf & Hard of Hearing: I played about half the time with the sound off and had no issues at all. All the dialog is subtitled. 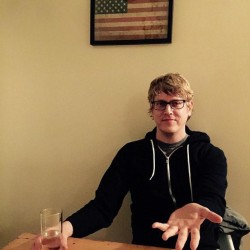 Just thought I’d mention this is one of the best reviews for this game.

The thing that’s kept me from being more interested in this game is that it only has one save slot. This is a big pet peeve of mine. Too many times I’ve found that with only the one slot, it’s too easy to paint yourself into a corner that can only be remedied by starting over – something I have no desire to do – particularly if I’m 10 or more hours in.