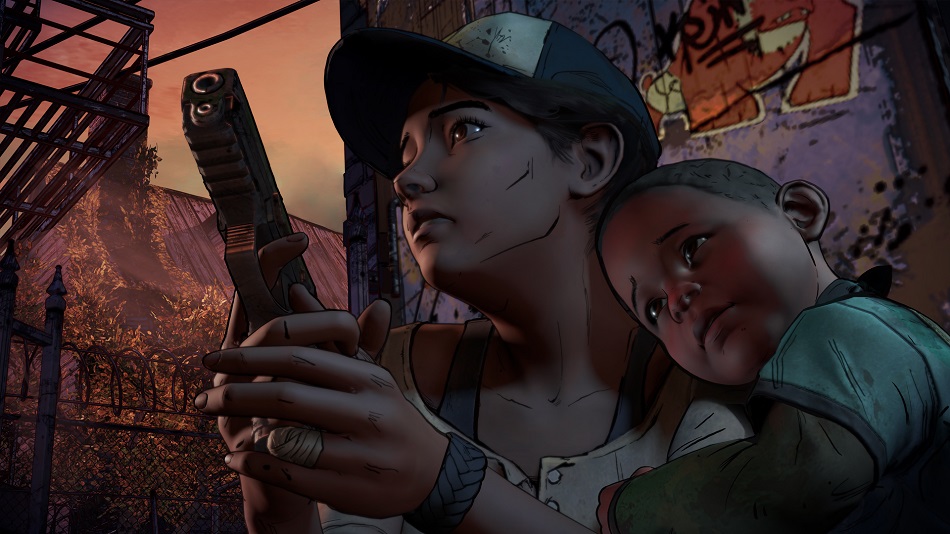 HIGH Working through Javi’s feelings for his long lost brother.

LOW An unnecessary flashback at the start of the episode.

WTF The episode lets players beat a man’s skull to mush. Satisfying, though.

It’s no secret I was critical of the first two episodes of the New Frontier season of Telltale’s The Walking Dead. Fortunately, the third episode is where this season clicks, extending our investment in the new characters while delivering a more captivating set of moral dilemmas.

We last left Javier and company as they met up with the notorious group of survivors known as the New Frontier, led by none other than Javier’s long lost brother David. By reintroducing Javi’s brother and Kate’s wife, this episode explores familial loyalty and trust after years of separation where each brother faced existential threats and difficult choices. 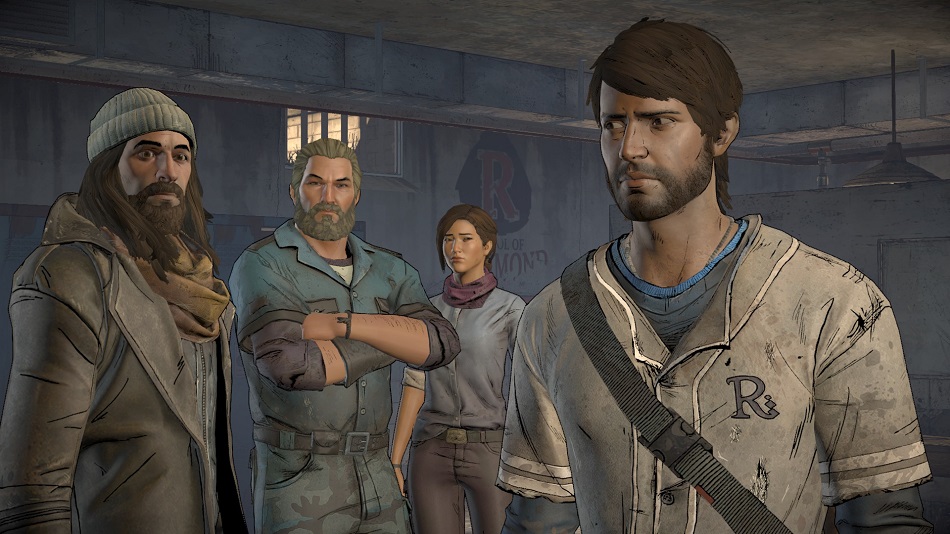 There are some nice beats to be found here. Reconnecting with Javi’s brother is handled well, as is the tension that results over whether David will discover the romantic nature of Javi and Kate’s relationship. It all depends on how players choose to behave as Javi, but trying to balance loyalty to a sibling with loyalty to a romantic interest creates an intriguing set of split-second decisions.

Of course, the episode is far from perfect. Flashbacks should only be used when they add important story information, and this episode begins with one that gives us knowledge we already possess and don’t need to know — it’s the kind of wasted screen time a cinematic narrative game should avoid at all costs. It feels like nitpicking to critique the use of flashbacks here, but in a game that limits almost all player interaction to a series of dialogue choices, how the story is presented requires critical engagement. On the other hand, the flashback where players briefly control Clementine and learn the potential fate of baby AJ from season two is justified.

In this regard, Above the Law corrects a lot of the missteps from the first two episodes and also benefits from the narrative scaffolding they painstakingly laid. If nothing else, this episode illustrates that the season is on a trajectory of improvement. The fact that Clementine is a supporting character still stings, but the pain in my heart when she makes an offhanded comment about Lee from season one suggests her character (and all the baggage she carries) remains emotionally resonant. Rating: 8 out of 10

Disclosures: This game is developed by Telltale and published by WB Interactive Entertainment. It is currently available on Android, iOS, Steam, PS4, and Xbox One. This copy of the game was obtained via publisher and reviewed on the PC. Approximately 1.5 hours of play were devoted to the single-player mode and the episode was completed. There are no multiplayer modes.

Parents: According to the ESRB, this game is rated M for Mature and contains Violence, Blood and Gore, Drug References, and Strong Language. Zombies are bludgeoned, stabbed, and dismembered. People are shot and beaten in gruesome ways. Curse words are freely spoken. This is assuredly not for children.