Of Brotherly Love And Zombie Smashing 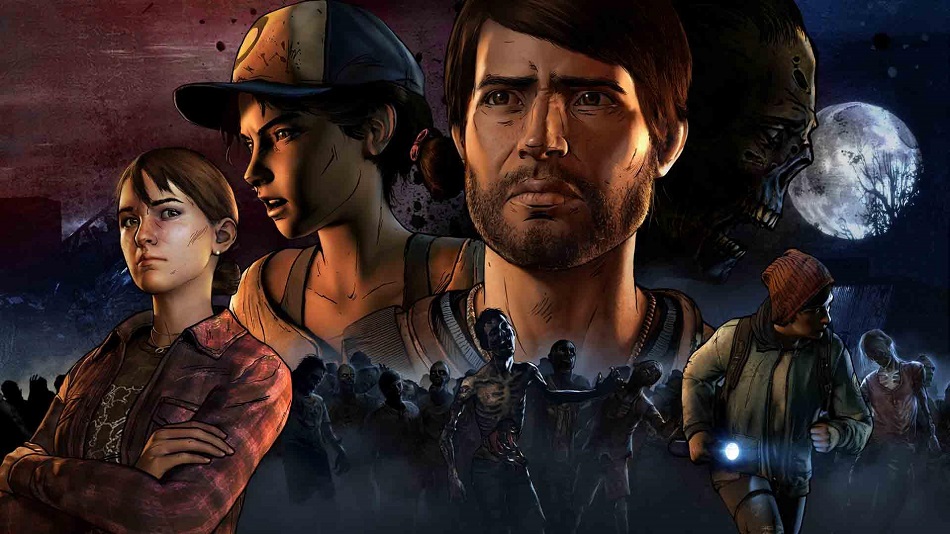 HIGH Getting to know Javi and David.

LOW A narrative structure that starts every episode with an unnecessary flashback.

WTF The season is essentially a side story to Clementine’s journey.

Players fell in love with the innocent Clementine in the first season of Telltale’s The Walking Dead. In season 2, they took control of Clementine after the death of Lee, her father-figure, and journeyed with her as she gradually lost that innocence through countless tragedies. Now in A New Frontier, the latest season of The Walking Dead, the developers take the risky move of shifting the player’s perspective from Clementine to an ex-baseball player, Javier, and his crumbling family.

The story begins as the disgraced Javier Garcia, or Javi, arrives at his brother David’s house just after their ailing father has passed away. After this introduction, players flash forward to Javier on a perpetual road trip with his sister-in-law turned lover, Kate, and his niece and nephew. Although absent for years, David’s influence can still be felt, not only in Javi’s relationship to Kate, but in the growing temper of Javier’s nephew Gabe. As things turn from bad to worse, fan-favorite Clementine shows up, now hardened from years of scraping by in the post-apocalypse, and joins Javi’s ragtag group of survivors.

Like the rest of the series, A New Frontier focuses on the juxtaposition between tumultuous family dynamics and the cutthroat fight for survival against foes, both undead and otherwise. The story conveyed here isn’t the most compelling, although some intriguing plotlines eventually develop, and I’m guessing most players will feel compelled to see it through to the end.

The core characters, including Javi, David, Kate, Gabe, and Clementine, each develop throughout the season. Kate and Gabe perhaps grow in the least interesting ways, but Javi, David, and Clementine collectively create a solid backbone that props up the less-impressive moments. 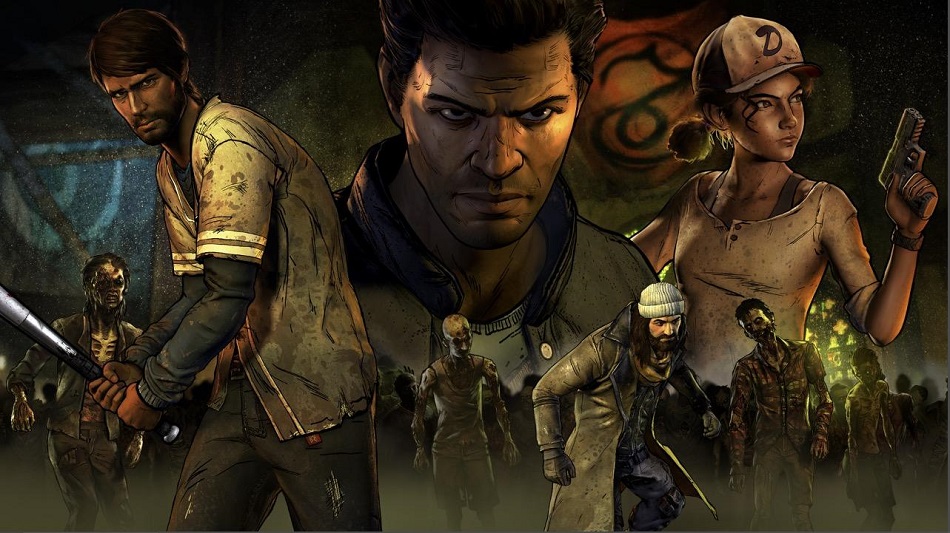 In addition to the series’ thematic staples of hope and nihilism, A New Frontier explores the concept of brotherly love through the strained relationship between the good-hearted Javi and his hot-headed brother David. Although this relationship takes several episodes to blossom, by the end most players will have a difficult time making hard decisions between characters. These decisions, however, illuminate one of the major flaws in this series and of Telltale games in general — these are basically stories that play themselves.

While players are offered dialogue choices and life or death calls, none of them matter a great deal. Indeed, not doing anything is a legitimate choice in many circumstances. The series is built so that some events are inevitable, so the most players can expect from building up relationships is a scorecard at the end of the season that evaluates and recounts those decisions.

The other major problem I had with this season is the narrative structure, which incorporates two flashback storylines. One concentrates on Javier and David’s family before the zombie outbreak, and the other focuses on Clementine. The former is largely unnecessary as it never offers new information, but only sets up a particular conflict at the start of each episode that players confront in the present-day storyline. The latter involving Clementine is somewhat more forgivable, since it explains how she lost touch with her surrogate child AJ, born at the end of The Walking Dead Season 2.

Unfortunately, both sets of flashbacks detract from the current events and could have been told through carefully-crafted expository hints — Telltale should never underestimate the power of subtlety in writing. It feels like nitpicking to critique the use of flashback here, but in a game that limits almost all player interaction to a series of dialogue choices, what story the designers and writers choose to present (and how they go about doing so) creates the meatiest part for critical analysis. It literally makes or breaks the experience in this kind of game.

With A New Frontier, Telltale is stumbling over the age and limitations of its dated engine and game mechanics while also running into the problem of franchise fatigue. There are only so many zombie hordes, self-interested road warriors, and family disputes they can explore before it all starts to feel rote. Javi’s story isn’t a total loss thanks to the development of the core characters, but the studio will have to think of ways to keep this world fresh and interesting if it hopes to continue producing the further adventures of Clementine and other assorted survivors. Rating: 7.5 out of 10

Disclosures: This game is developed by Telltale and published by WB Interactive Entertainment. It is currently available on Android, iOS, Steam, PS4, and Xbox One. This copy of the game was obtained via publisher and reviewed on the PC. Approximately 9 hours of play were devoted to the single-player mode and the season was completed. There are no multiplayer modes.

Parents: According to the ESRB, this game is rated M for Mature and contains Violence, Blood and Gore, Drug References, and Strong Language. Zombies are bludgeoned, stabbed, and dismembered. People are shot and beaten in gruesome ways. Curse words are freely spoken. This is assuredly not for children.