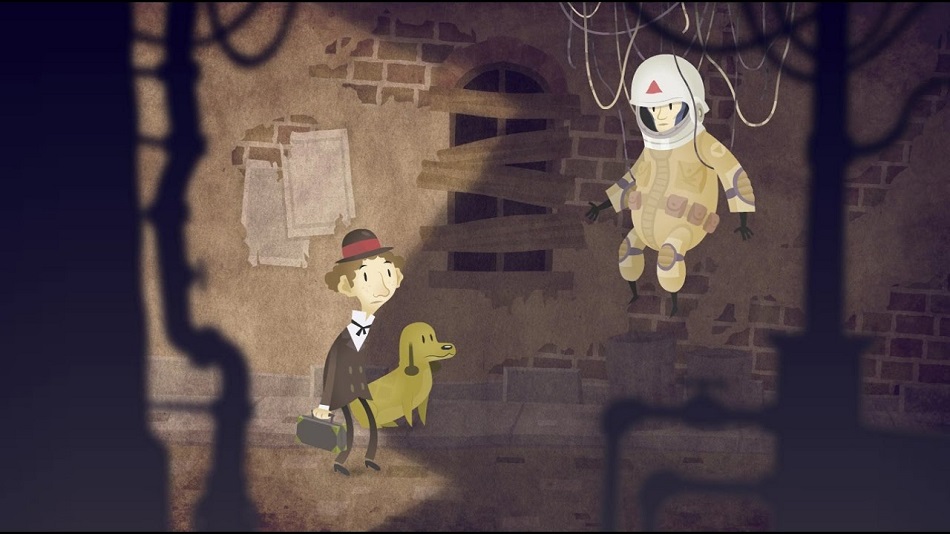 WTF Honestly, just about every scene transition in the game.

On paper, the idea of making a video game based on Franz Kafka’s dark, absurdist, and bureaucratic worlds sounds inspired. One can imagine all kinds of surreal and existential scenarios playing out interactively, from a metamorphosis into a giant cockroach to a man condemned by a shadow, labyrinthine government for an unknown crime.

However, The Franz Kafka Videogame instead presents a meandering and uncanny point-and-click adventure game that shines as much for its concepts and hand-drawn aesthetic as it suffers from frustrating puzzles and an unsatisfying journey.

Players begin their irrational quest in 1924 Bohemia as a psychiatrist named K who is treating a woman for an unresolved trauma. This initial scenario, set inside the woman’s unconscious, introduces the idea of the surreal into the game before a letter arrives that ultimately sends players on a transatlantic journey into the horrific and irrational human condition itself – or the United States, in other words.

From the moment players step out of their psychiatric office, they are subjected to bizarre situations, characters, and environments. On his quest, K meets spacemen in alleys, coal-shoveling ducks, and cave-dwelling, turn-of-the-century undersea divers. Whether representing a walk downtown as a tabletop game or writing a letter as an exercise in how best to use a broken typewriter, each vignette in Franz Kafka presents a strikingly original situation. It’s just a shame that none of them are particularly enjoyable. 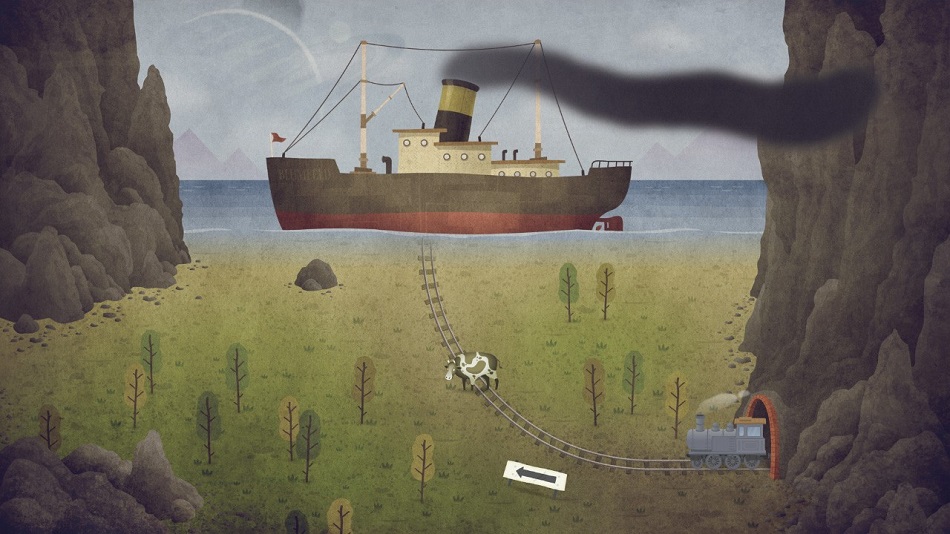 While each sequence is short enough not to wear out its welcome, there is little satisfaction in completing any given task other than seeing the next absurd event in the highly incongruous story. For example, after boarding a floating, balloon-supported steamship in the first third of the game, players encounter a padlock that requires a specific word to unlock. The solution, as far as I can tell, is a random non-word that only makes sense because of the visual resemblance between the word and the year printed on the padlock. The game’s environment and story do not offer any context for this “puzzle” and it feels incredibly irreverent. While this may fit with Kafka’s literary themes, it makes for a poorly-executed challenge.

To the game’s credit, a hint timer mitigates the frustrating puzzles somewhat. Every few minutes, the game gradually unlocks hints for the current task. Unfortunately, this will probably result in many players just twiddling their thumbs waiting for the game to give them the answer they need to advance.

Despite its flawed puzzle designs, there’s at least one reason players may want to trudge forward — Franz Kafka features gorgeous handcrafted visuals from developer Denis Galanin. The playful inventiveness in which Galanin’s illustrations bring the world to life become the motivation to keep going even, when the puzzles tempt players to quit. The minimalist-yet-expressive designs recall a children’s picture book, albeit one with a very dark subtext.

Regardless of its visual design, The Franz Kafka Game fails to deliver a satisfying experience. Literary devotees of Kafka may find plenty of Easter eggs that reward their esoteric knowledge, but the average player will likely find irritating puzzles that are only slightly palatable thanks to the game’s appealing aesthetic. Rating: 6 out of 10

Disclosures: This game is developed by Denis Galanin (AKA mif2000) and published by Daedalic Entertainment. It is currently available on Steam. This copy of the game was obtained via publisher and reviewed on the PC. Approximately 2.5 hours of play were devoted to the single-player mode, and the game was completed. There are no multiplayer modes.

Parents: This game had not been reviewed by the ESRB at the time of review. However, the game seems like a T for Teen, not because of violent or sexual content, but because of its weighty themes grounded in absurdism, mortality, and existential angst.

Deaf & Hard of Hearing Gamers: The game works fine without sound, and there are no necessary audio cues. There are subtitles. It is fully accessible.

“On paper, the idea of making a video game based on Franz Kafka’s dark, absurdist, and bureaucratic worlds sounds inspired.”

So, a game based on the Austrian-Hungarian Empire, with it’s two capital cities and dozen official languages, where just saying mean things to a photograph of the reigning monarch could already get you killed? 😉 Kafka was definitely a product of his time and place.