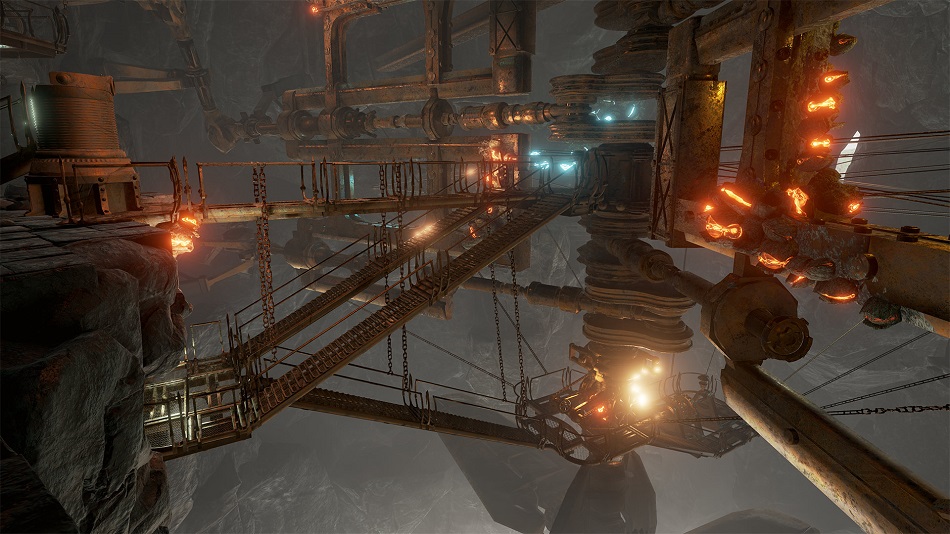 LOW A third of the game is loading screens.

WTF Why can’t I move faster!?

Obduction follows in the footsteps of games like Myst and Riven as an open-world, environmental puzzle game that requires an attention to detail and a saint’s patience from its audience. Yet while this new release from Cyan Worlds might respect the intellect of its players, it does not respect their time.

After being abducted by aliens in the opening sequence, players find themselves on a strange world nearly devoid of life, but brimming with tiny buttons to push and switches to flip. The first hour of the adventure features decent pacing, builds a sense of intrigue, and delivers puzzles in a fairly clear manner. Cyan Worlds makes use of old-school full motion video and real actors as NPCs to help deliver the premise. However, this sense of immersion, storytelling, and discovery doesn’t last long.

Obduction attempts to tell a story about people from across time being abducted and forming a community on these alien worlds. The devs provide a lot of lore, but most of it comes through notebooks and journals. Yet this narrative doesn’t compliment the gameplay in any way — it’s ancillary rather than additive. It’s also all but impossible to read on a TV screen that’s not parked right next to the player’s eyeballs. Not optimizing the display text for a console release is perplexing and speaks to the sloppy nature of the game in general.

For instance, the controls don’t work well on a PS4 controller. Players will struggle to maneuver a tiny reticle over small objects in order to activate switches or pull levers. With the precision of a mouse it’s not terribly difficult, but it manages to be obnoxious using a DualShock 4.

Another example of this sloppiness comes through in the excessive loadtimes. The loading screen is visually arresting as players witness reality fracturing into millions of tiny elements that gyrate and envelop the player, but after sitting through this same 30-second sequence over and over and over again, this image will come to haunt and annoy. 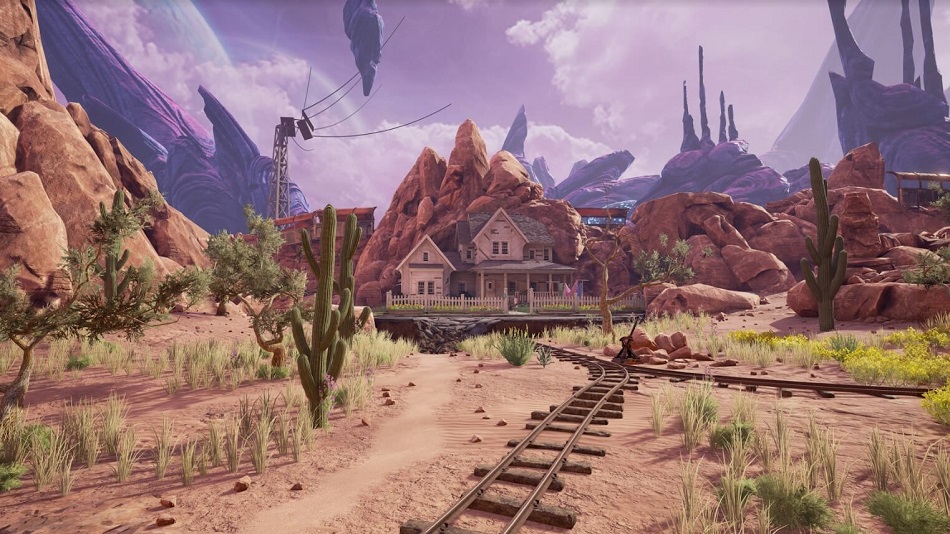 Past the loading, Obduction quickly nosedives into long, long walks between points of interest, more excruciating loading screens, and baffling obstacles that I hesitate to even call puzzles. Whereas a game like The Witness didn’t explain much of its world to the player, exploration was almost always rewarded with new knowledge and its line puzzles were engaging in and of themselves. In contrast, Obduction requires the player to wander around with little knowledge or learning while looking for the next object to manipulate in the hopes of progressing. Obduction quickly becomes an exercise in tedium.

In my view, a good puzzle provides players with everything they need within a confined area and tests their situational thinking, rather than their memory or their ability to withstand long slogs across the map to flip a switch or recover a crucial piece of information seen hours ago. Some may remember this approach from days of old and appreciate it, but for people who have a life, responsibilities, or a small mountain of other games to play, this can be the kiss of death.

Other puzzles involve an alien language composed of connecting blue dots that can be solved by simply exhausting a limited number of possibilities — both a godsend and a major problem. On one hand, it helps frustrated players move forward with a little experimentation. On the other, it does not adequately communicate the basic logic it wants players to acquire.

Another central mechanic of Obduction involves transportation machines that warp the player and chunks of the environment in order to cross gaps or create paths forward. This means having to sit through a lot of loading screens. This is at its worst in the third area of the adventure and the game’s final puzzle, which is cleverly designed but mired in loading screen after loading screen while players transport back and forth between worlds.

Spanning three large areas across different planets (a fourth is more-or-less stapled on) the main thing players do in Obduction is walk for long periods of time. While discovering the world for the first time, the walking is enjoyable. But, once the game devolves into backtracking, it’s monotonous. Movement in general is slow and cumbersome even when using ‘run’ mode, and in a title that requires walking for virtual miles between puzzle elements, this is simply unacceptable.

Despite featuring a gorgeous and carefully-designed world, Obduction fails to execute on its central identity as a puzzle game. And, when three quarters of the experience consists of walking from one point to another and sitting through loading screens, it’s difficult to imagine that Cyan Worlds respects the time of Obduction’s players. Returning the favor, I ended up having very little respect for their game. Rating: 5 out of 10

Disclosures: This game is developed by Cyan Worlds and published by Cyan Worlds. It is currently available on PC, macOS, and PlayStation 4. This copy of the game was obtained via publisher and reviewed on a PS4 Pro. Approximately 16 hours of play were devoted to the single-player mode, and the game was completed. There are no multiplayer modes.

Parents: According to the ESRB, this game is rated E for and contains Fantasy Violence and Mild Language. The violence is just environmental destruction using lasers and, in one climactic instance, an explosive. There are only a handful of non-player characters, and none of their language is inappropriate for children.

Deaf & Hard of Hearing Gamers: The game does not require audio. It features subtitles for dialogue and mostly depends on environmental cues for puzzle solving. It is fully accessible.

agreed. The execution here seemed regressive, considering their back catalog.