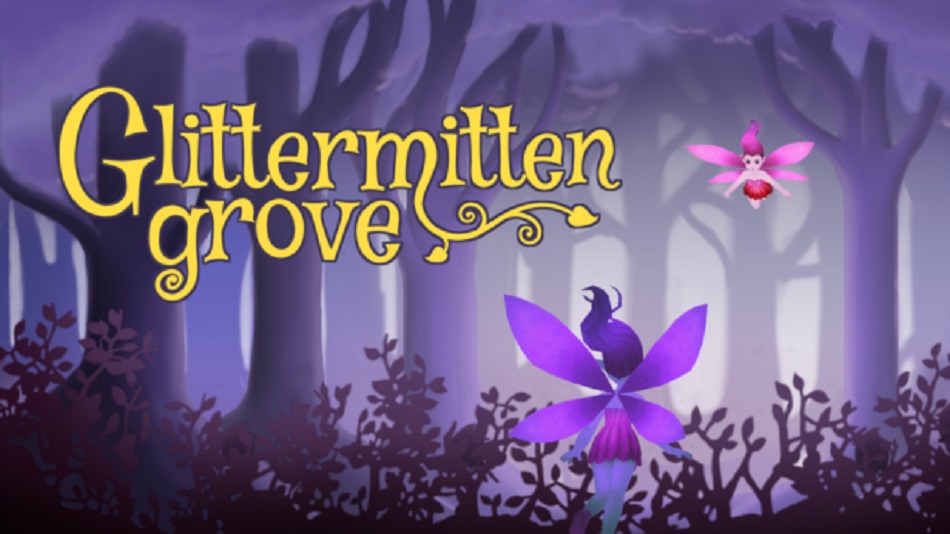 With a new location in Little Tokyo in Los Angeles, IndieCade celebrated its 10th anniversary this year. Yet while the festival has been honoring and promoting indie game development now for ten years, it continues to remain at the cutting edge of art and innovation in the indie game space. The Japanese American National Museum graciously hosted the festival this year, creating a beautiful and reverent backdrop to the already eye-catching indie titles.

I had the opportunity to wander the exhibition and seminar spaces and talk to developers about their work, which ranges from one-button rhythm games to VR experiments to installation-based, real-world office simulators, complete with computers, file folders, and ringing telephones. In this interview, I talk to Justin Bortnick, narrative designer and jack-of-all-trades for Twinbeard Inc., which released Glittermitten Grove about a year ago.

Spoilers: This interview contains major spoilers about Glittermitten Grove. While quite an “open secret,” I still want to warn readers who may not know the real deal behind the game.

The studio is Twinbeard. I’m Justin. I am writer, narrative designer, game designer, marketing, art – it’s an indie studio, so everybody has 10 jobs.

The game is Glittermitten Grove, maybe something else as well. I don’t know how much you want to get into it.

Get into it. I know next to nothing about this game.

We decided, ‘Hey, maybe we can do this for a living.’

We ran a Kickstarter that said, ‘Alright, Frog Fractions 1 was a game about providing new and surprising experiences to the player, all the time, perpetually — you never knew what was going to come next. If we were to make a sequel, you would go into it expecting to be surprised. So, we already would have failed. So, here’s what we’ll do if the Kickstarter is successful: we’ll make a game at some point. We won’t tell you what it is or what it’s called or when it comes out. You’ll just have to find it.’

And that kicked off this three-year-long treasure hunt to find Frog Fractions 2. There was hundreds of people online searching, buying games, trying to figure out what game it was. In December 2016, the jig was finally up. They discovered we had hidden Frog Fractions 2 inside of Glittermitten Grove.

And nobody knew you were working on Glittermitten Grove?

No. We had a shell company that published Glittermitten Grove, with help from Adult Swim.

It was out for probably two weeks before our fans looked at it. In tandem with this, there were two alternate reality games that were running to help them find clues and also buy us time to make the game.

I cannot succinctly describe them, because they were crazy. There were clues hidden all over the country. There were clues in other indie games that agreed to work with us and hide pieces of our game inside their game. After three years, the fans finally put all the clues together and thankfully, it was two weeks after we had finished the game, so it was okay they found it.

And that is what this is. Part of the reason it took almost four years to make is that we had to make two games. Glittermitten Grove is a complete game. You can buy it. You’ll get a full experience, whatever is advertised on Steam. But it also does have this other game inside of it.

And you had to cover your tracks the entire time as well, right? 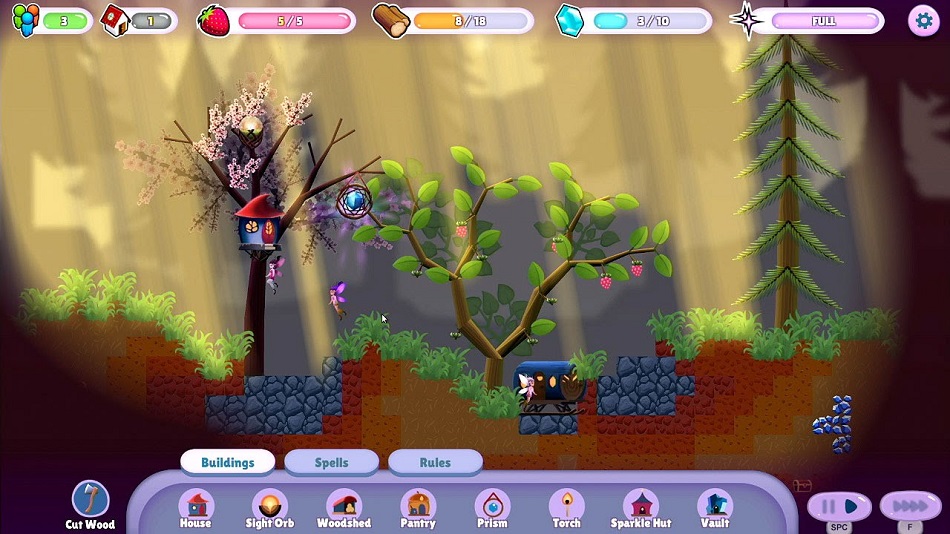 It’s very hard to talk about, because any way you talk about it immediately spoilers the conceit of the game. Anyone who buys this and then discovers Frog Fractions 2 inside of it is having a great experience. But at this point, almost nobody is, because everybody knows.

Yeah. But the goal was that it would never be found.

Jim, who is the head of the company, would remark at times, ‘It would be really great if I were to be hit by a truck and die before the game is finished, because there’s no way the game we make will ever be as good as the thing that all these people are hunting for. But if I die and the game never gets finished, then it’s a way better story about this mysterious, mythical game that nobody ever finds.’

It reminds me of the secret of the NES golf game, developed by Iwata, hidden in the Switch.

Yeah. So that’s what this is.

You said you Kickstarted it, so what was your experience doing that?

This was years ago at this point. Kickstarter has changed. This was back in the days when you could ask for $70,000 to make a game. [Note: the campaign was in March 2014]

We got more than we asked for, so that’s always good. After we got funding from the publisher as well, it allowed us to make what we wanted to make.

With the acknowledgment that Kickstarter has changed, if you were to do Frog Fractions 2 today, would you go to Kickstarter? Would you approach a publisher first? What would you do?

With the disclaimer that it’s not my call at the company, personally, I would be wary of going to Kickstarter. I wouldn’t write it off. I would not count on it the way I feel like it was a pretty reliable source of funding four or five years ago.

There are also a lot of good alternatives to Kickstarter that are more focused on game development, like Fig, which also allows for investment. 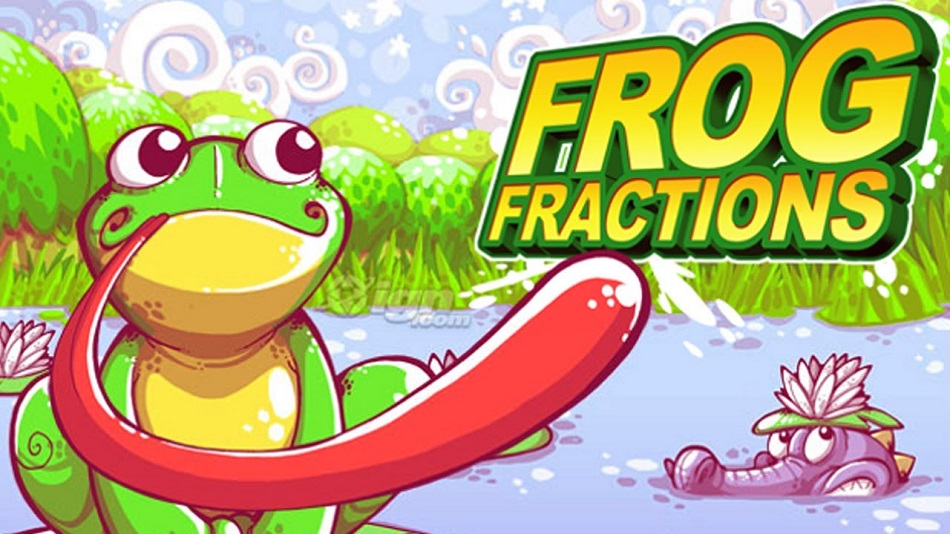 We’re lucky because Adult Swim came to us. We didn’t go to a publisher. They came to us after Frog Fractions 1 and said, ‘If you ever want to do anything again let us know and we’ll talk about it.’ I don’t know if they’d work with us again. We haven’t had that conversation. Our relationship with them seems to be pretty good, but it would ultimately be their call. But I wouldn’t write off working with them again.

I’m interested in how indie developers imagine their audience.

So we know exactly who the demographic for this game is. It’s not the same as the demographic as the first one, which was way more popular and also way more accessible, and not just because it was free, although that does help.

We set out to make a thing that was not just a sequel, which is why it’s not actually called Frog Fractions 2. It’s called Glittermitten Grove.

We found that the people who enjoy this the most – and that’s not saying that the people who don’t fall into this demographic haven’t loved it – are people who are roughly between the ages of 27 and 35, who were kids in the 80s and 90s, were into games, played a lot of shareware, floppy games, and never really lost track of where games were over that span of history from then until now.

Those people love it! Everybody else? It’s hit or miss. We’ve had a lot of people who are like, this game is great, even if I don’t recognize a lot of the games that are being referenced or if I don’t understand what is going on here at a game cultural level.

And we’ve had a lot of people who are like, I understand that this is a well-made thing, but it’s just not for me. I don’t have any point of reference. It doesn’t make sense. It’s not fun enough on its own. So we’ve seen the range of the spectrum of responses.

Where can people get this?

It’s on Steam and Humble. It might be on Itch by the end of IndieCade, because of the partnership that IndieCade has with Itch.

It seems like IndieCade has been really consistent in featuring games that, number one, are not all video games. There are table-based games here. If you asked somebody, ‘What would you expect at a games convention?’ They are going to think video games, even if they slow down and realize, actually, yeah, board games are games, too.

IndieCade has shown a continued dedication to the full spectrum of what games have to offer, even cool experimental stuff like the Gameboy music maker over there [Atchafalaya Arcade]. It’s a cool music production tool. It has some sort of play aspect. It works for me. But there’s no way that it’s the sort of thing you would be able to walk into a store and buy, even though that is a digital game.

Giving those sorts of interesting, creative projects a spotlight and an ability to be seen and have people talk about them is really important, and that feels like it’s really part of what IndieCade does.