While scoping out the Nintendo booth at IndieCade 2014 in Culver City, California, I had the chance to talk with The Fall's lead creative designer John Warner.

Available now for PC, Mac, Linux, and the Wii U e-shop, The Fall from Over the Moon Games is a blend of classic point-and-click adventure games like Monkey Island with the progression and hair-trigger action of Super Metroid.

During our short discussion, Warner describes The Fall, recalls the history of Over the Moon Games, and muses on the challenges of crowdfunding and discoverability as an indie trying to make it in the games industry today. 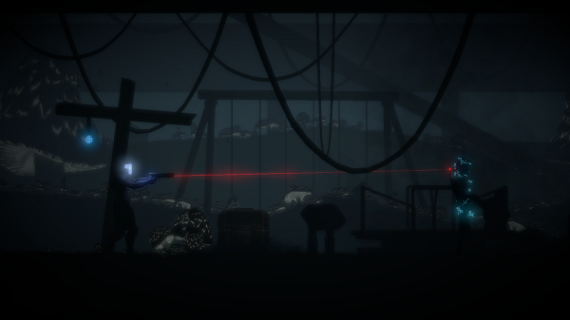 GameCritics: Let's get started by having you introduce yourself, talk about Over the Moon Games, and describe your game The Fall.

John: Sure. My name is John Warner. I work for a company called Over the Moon Games, which is an indie studio that is comprised of me, for the most part, and a few other guys who help me with writing, audio, animation and stuff like that.

Our game is called The Fall. I'm describing it as a mix between Super Metroid and Monkey Island. In it you play as an artificial intelligence onboard this futuristic combat suit where the dude inside the suit is unconscious, and you've got to take control of the suit and help drag his unconscious body toward medical help. Basically.

It plays more like a traditional adventure game. There's a lot of picking up and using items, exploring your environment, understanding the lore of the world, and through that, understanding where you're supposed to go next and unpacking environmental puzzles. It's on PC, Mac, Linux, and now the Wii U e-shop.

When did Over the Moon Games get started?

I started working on The Fall in February 2013. It's quite recent. For a long time it was just me making marks and slapping together this game until I realized it could be something more. I kept working on it until we did a Kickstarter, and the Kickstarter was successful, thankfully. And we moved on from there, and I got a little bit of help on the backend.

Before founding Over the Moon, did you work for a bigger company and then leave?

Absolutely. I worked at Relic for a number of years. I guess it was almost a decade ago now. I worked on Company of Heroes and Dawn of War 2 and some of those games, so I was really lucky to start my career working with a lot of really talented people who showed me the ropes. Since then, I've been off and on going here, there, and everywhere in the industry, working in triple A and then stopping and trying the indie thing, of course.

Is Kickstarter your only funding source?

It is. I had a little bit saved up that allowed me to survive to the point where we could do the Kickstarter. We just budgeted appropriately, and thankfully the scope of the project was quite small and we were able to get it done.

What are the challenges of doing Kickstarter?

I think we avoided a lot of the painful stuff because we did things like, for example, our stretch goals were very vague so we didn't overcommit to a lot of stuff that would have caused us a lot of pain. We just sent out our reward fulfillment and it turned out to be more expensive than we thought it would be, of course. So there's that.

People promise the moon and when it comes time to actually deliver, there are all these problems, and it turns into a nightmare. But so far, our experience has been quite good. The backers are really supportive and understanding for the most part. But like I said, we didn't really commit to a lot of crazy promises that we knew we couldn't deliver.

One of our stretch goals was art updates. Like, we'll polish the art. Which I did. I took the extra money and polished the artwork. But I didn't put extremely clear definitions in terms of what that meant. So if something later on down the line really didn't work with the end of the project, I wouldn't have a whole bunch of people asking where is that stretch goal?

Since you started in the triple A space, what was the motivation to go indie and what does indie mean to you?

The motivation to go indie, I guess, is probably similar to a lot of people. I think we just want to be creative. And the triple A industry, of course, is just filled with wonderfully, artistic, creative people, and not everybody can have creative control, obviously. There's a whole bunch of people and everyone is struggling to get their input heard and all the rest of it. But being indie obviously gives me the opportunity to go where I want to go and make what I want to make, and that's what it means to me.

It seems Nintendo has really opened up to indies. How has it been working with them?

Oh, they've been fantastic. Nintendo has been very supportive and open and awesome to work with. They've been really great. I have absolutely no complaints about Nintendo whatsoever. Obviously the Unity itself was an early build, so there was a little bit of wrestling to get that to work, but even that was really quite stable for the most part and didn't give us any real problems. Nintendo has been wonderful.

Do you have plans to get on the other consoles?

Sure. We are currently working with Xbox to move there. And PlayStation, of course. Anywhere we can have the game. As an indie, visibility is a problem, so anywhere we can go to get more visibility would be a win.

What are the biggest challenges of being an indie?

Visibility is probably the biggest challenge. Definitely. There's a huge run on the market right now, so there're a million indies trying to grab the same piece of the pie. Obviously Steam is trying to solve this by changing how their content is aggregated, and we're going to need a few more solutions like that. Luckily, we have enough traction where we're surviving and we're going to be able to keep making games, but there are a lot of guys just like me who didn't. So it's a scary place.

What do you think are some solutions?

To be honest, it's such a big problem that I have no idea what a solution could be. I know we do not have a language for properly categorizing games. For example, when Oblivion came out everybody talked like it was a masterpiece, and I hated it. I couldn't stand it. But I played it 8 or 9 times just trying to understand why people like this thing, because I assume it wasn't bad. I'm sure it was my fault.

And I finally figured out that it was a game where you have an in-game avatar, an ego-based identity, and the reward-loop was expanding and developing this identity. I was embarrassed to say I never really got that, it never really clicked for me, but when it finally did, I got it. The point is, there are all these kinds of RPGs, but they are all lumped together. There are all these types of people who play all these types of games. I know people that hate that style of game but love others and people who love that style of game and hate others. But there is no real way of differentiating between the different genres, even within RPGs.

But in all honesty, I don't know how that would be integrated in any sort of system to help people find what they're looking for. 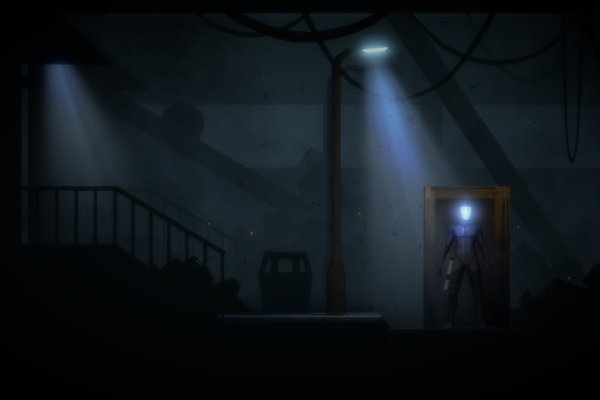 I want to give you a chance to talk about The Fall again before we end this. What kind of player would enjoy The Fall and why?

I think a player who really enjoys linear, story-based games. I love a strong story. The Fall is quite a linear story, which is something that I'm proud of. I love strong stories, and I love games with strong challenges. So if you like traditional point-and-click adventures, for example, you'll love The Fall. It's a little bit of that with a little bit of action to balance things out. But that's it. That's the idea.