I stand behind a couch playing Duck Game for 15 minutes before I realize I am playing the game with its sole developer. That's how unassuming Vancouver-based Landon Podbielski looks as he lounges on one of the two couches in the OUYA booth at IndieCade 2014 on a hot and sunny Friday afternoon. He has long hair, a beard, inquisitive brown eyes, and well-worn sneakers.

Journalists, developers, and members of the public filter in and out of the booth while I play, but almost nobody realizes that when they pick up the controller to try out the 2D fast-paced, 4-player death match game, they're sharing the screen with its designer. Most are too busy rushing to pick up the smorgasbord of weapons available and blast the other ducks on the screen to oblivion. It's satisfying that way. And with matches that last anywhere from 10 to 30 seconds, it's quick enough to always say to yourself: just one more round.

When I finally realize who Podbielski is, I ask him for a quick interview. In the same unassuming manner, he agrees.

GameCritics: Can you start by introducing yourself and talking about Duck Game?

I'm Landon Podbielski. I made Duck Game. I'm the sole developer. I call my company Corptron, but it's not really a company. It's just a funny thing to put at the start of the game.

Duck Game is a multiplayer death match arena game. My goal with it was to try to make it as quick and accessible as possible. So you can come in, pick it up, all the kills are one-shot deaths, and every round lasts about 30 seconds. The big thing is that there are around 50 weapons. You pick them up, you press fire, and they work. Everything works that way. And the goal of the game is to figure out how this works, how you can use it cleverly, and how to be the last duck standing at the end of the round.

So is Duck Game out now?

It's out on OUYA right now. I'm doing a singleplayer update in about a week. There's a version coming out on Steam. Adult Swim picked me up as my publisher, and they are going to be helping me get the game out on Steam in February 2015.

Before Adult Swim, how were you funding this?

Before Adult Swim, OUYA really helped me out. I showed the game to Bob [Mills, developer liaison from OUYA], and Bob loved it and said, "Do you need help to finish development? We can give you a bit of money, and you can finish." So I told them, okay, I'll do a three-month OUYA exclusive. We can do the development schedule. I worked on the game for six months after that and released it this past March. They funded me until then, and then funded me after that to do some updates and some singleplayer. It's been amazing.

And Adult Swim has helped me to get funding to February now. But I feel really lucky to have come across OUYA.

And what is your background in development?

I picked up Game Maker when I was 10. I got obsessed because one of my friends showed me BASIC on a Commodore and how you could make a funny story, and you could put your name in, and it would say horrible things about you. I thought, that's hilarious. I want to make something like that.

So I looked up some options, and Game Maker was the easiest thing. It's amazing. I learned it the quickest. I tried so many things before it.

I went to the Art Institute of Vancouver immediately after I got out of high school. After that I worked places for two years, decided I didn't like it, saved up some money, and decided to go independent.

It seems like a lot of indies here [at IndieCade] are from Canada.

I don't know. It's weird, because almost all the indie developers I know in Canada either come from Vancouver or Toronto. It's the two sides, right? Everybody is from there. I don't know what it is about it.

I'd like to say the excellent indie developers that we have are inspiring enough, and people see that and think, this is someone that I know or somebody close to me. I live in the same city, and they can do this! I want to try doing this!

Especially the Indie House, for example. They are all really awesome developers in Vancouver. They are constantly doing things. They are having meet-ups and getting people over to jam. They are so involved. If you want to get into the indie scene in Vancouver, it's fun.

You're a one-man shop, but what are your ambitions? What's next?

It's hard to say. I have nothing against teams. I'd like to have a team one day, because there are some games you just can't create without a team, right? But for now, how it goes is I'll be releasing Duck Game on Steam with multiplayer and singlepayer in February. Then after that I have a bunch of different ideas that I want to play with. Like I don't think Civilization is optimized gameplay-wise. I think it could be more fun. I want to try things.

One day I would like to start a team if there was an idea we could all get behind and we really wanted to make. Just do something big. Get an artist. Get programmers. Designers. Yeah, one day. But I'll probably be independent, by myself, for at least a year after Duck Game. 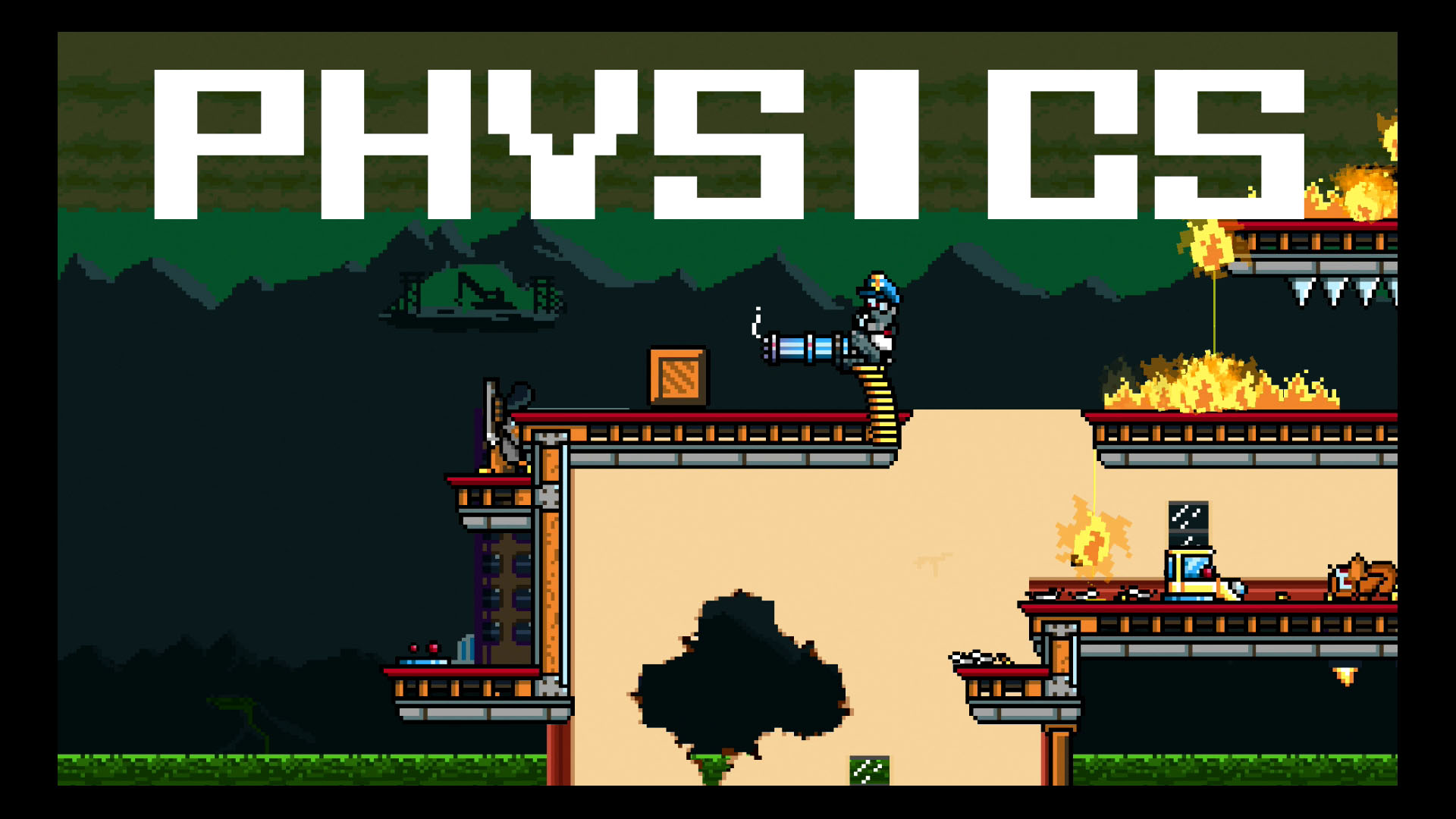 What advice do you have for indies just getting started?

I certainly have something to say about that. Just getting started, a lot of people, they don't know how to sell their game or where to put it. The nice thing about open consoles, or even any console, is there are places you can go.

I showed Bob my game online. He liked it and he offered me funding. I wouldn't have had that if I didn't ask Bob if he liked my game. As an independent developer, you need to show people your game. You need to take it places. You need to do whatever you can to get it in front of as many eyes as possible. Otherwise, it's hard to grow it. It's hard to see the final product until you show the unfinished product and figure out what the final product will be.

And did Adult Swim approach you?

I actually did the music composition for Super Puzzle Platformer, which is a game that they had published on Steam earlier. So I had an existing relationship with them. When I was at GDC, I instigated the discussions. I knew they were at GDC. They had a party. I went there, talked to the two guys in charge. I said, I really want you to come play my game at GDC. I talked them into it. They came. They liked it. They were like, alright, okay, let's start talking about this. That's how it started.

As far as OUYA and Adult Swim, are they staying away from dictating features and game design elements?

I would say both are very good in that they give you excellent feedback on just about everything, but I've never come into a situation where I said, oh no, I don't want to do that, and they come back with, well, you're going to do it, because we're paying for it. That doesn't happen. They pick up your game from you because they like your game. In general, they trust your judgment on what is good and bad for the game.

Did they fund your flight down here?

I funded the flight, but they've paid for a number of things in the past. OUYA actually rented a house. It's pretty much just me, the guy I came with, and a guy from OUYA in there. It's so nice.

At GDC, they paid for the flight down there. They had the house stocked with what must have been 200 beers and all kinds of food. They're wonderful. I'm sure they flew at least a couple people out to this event.

What's the value of being at an event like IndieCade, which is the perfect mix of people off the street, normal players, press, etc? What does that do for you?

It's absolutely priceless. From a game design standpoint, playing the game with people, seeing what they think about it. You constantly see just little things you never experienced until dozens of people come and play the game and say, oh, this is weird how I can't quite see this. Or it's weird how I have to do this and then that. And you think, yeah, that is kind of weird. There's a lot of value in that.

Even if you're not at a booth, there's always people going around and sitting down with their laptop. Everyone at this event wants to play games. They'll see somebody with a laptop and you'd be amazed. You might think nobody is going to want to sit down and play the game with me. But there are so many people walking around and looking for people playing games that they can join. Then you get connected to the community as well.

What are the biggest challenges as a solo developer?

There's always going to be the decision on what to make the game in. I started in Game Maker and made the prototype in Game Maker. I decided to switch to MonoGame, because I like programming things. I like designing my engine in such a way that I can make the game how I want to. So I switched. That took a while. The switch was a little annoying. And of course, I have to use MonoGame to do multiplayer. MonoGame is open source, which is wonderful, but there're also a lot of problems. So there are things you have to work out technology-wise if you're going to use a kind of engine and not an actual engine. So multiplatform is tough.

Development-wise, I like C Sharp. Because when you're making your game, you're going to run into a lot of situations where you get to a point where you think a feature would be the most amazing thing ever but you can't even test it, because your game is written in such a way that it's not going to work with that feature. C Sharp kind of simplifies that process.

And you did all the art, all the music, and everything?

Yeah. I like to dabble in anything related to making games. I'm not an expert in any of them, but I'm proud to do enough to where, if I have an idea, I can figure it out, even if I was trapped in a cave.

Do you want to say anything else about Duck Game?

It's a core game. It's a game-game. Everything in it is inspired from Mario and different side-scrolling shooters like Contra and things like that. Anybody can enjoy it. There's not much of a learning curve.

I'll guess I'll close by saying it's coming out on Steam in February. It's going to have online multiplayer, which I'm working on right now. Hopefully A.I. I've been flip-flopping on that, because implementing A.I. for 50 different weapons is going to be hard. But it will be out in February on Steam with online multiplayer and singleplayer.