Another Remaster With A Weirdly-Long Name 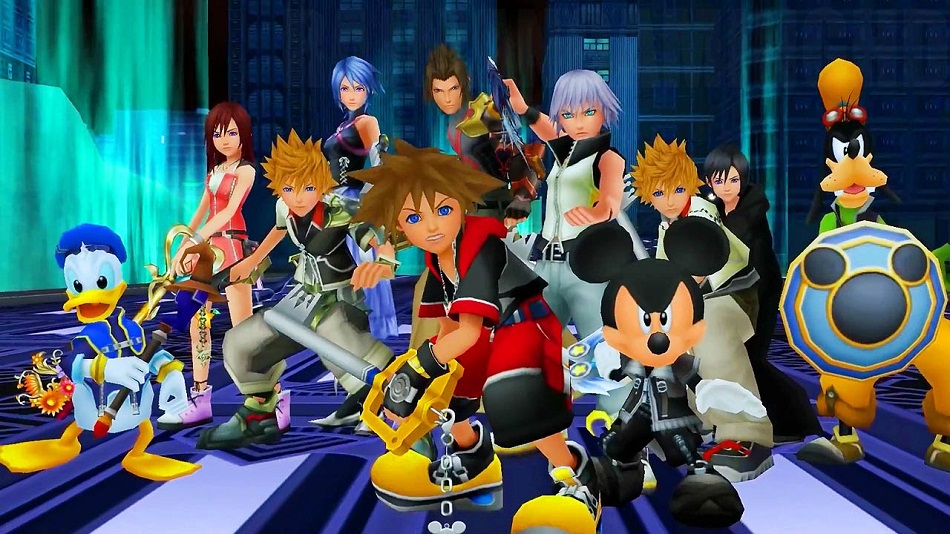 HIGH Get a taste of the engine that will be used in Kingdom Hearts III.

Kingdom Hearts III is long overdue, but the wait is almost (maybe?) over. In the meantime, the PS4 gets a first dose of material to prepare for the highly-anticipated action-RPG in the form of Kingdom Hearts HD 2.8 Final Chapter Prologue. It’s a mouthful of a title, and fittingly, the game is equally packed.

Final Chapter Prologue is separated in three parts: a remaster of 2012’s 3DS title Dream Drop Distance, an animated companion piece to the mobile-only Kingdom Hearts Unchained X, and a brief epilogue/sequel to Kingdom Hearts: Birth by Sleep. Fans will undoubtedly want grab the collection if only for this epilogue, titled A fragmentary passage, since it gives a taste of what KH will look like running on a nextgen engine. Just because the package might be most attractive for this tech demo doesn’t mean the other components aren’t worth the attention, though.

Dream Drop Distance puts the player in the shoes of characters Sora and Riku, giving a chance to control of some of the most iconic members in the series, each with their own separate plot. Though the original held its own on Nintendo’s handheld, it gets a jolt of new life on Sony’s hardware. Surprisingly, the game works incredibly well on a television — the gameplay is as smooth as can be, the colors are a joy to look at, and it’s easy to forget that Dream Drop Distance was initially on a much smaller handheld display.

Though there’s obviously not a second screen like there was for the 3DS version, nothing about the experience is hindered. The touchpad on the DualShock adds some variety and functionality during some minigames, although I will say that I did feel as though there was potential that was definitely missed out on. 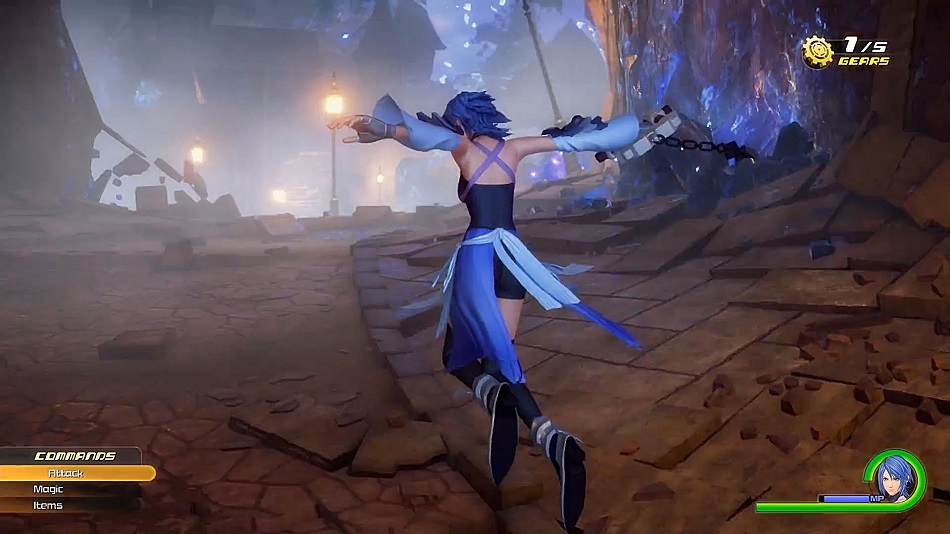 Apart from the lack of a second screen, the game is largely untouched from its original in terms of gameplay — players can still craft Dream Eater pals (read: psuedo-Pokemon) and the “Flowmotion” mechanic is immensely enjoyable. It allows one to traverse the environment in a gorgeous way using walls, rails, and more.

Unfortunately, the “Drop” system is still cumbersome — the game automatically switches characters once a “drop meter” depletes, alternating control between Sora and Riku. Though switching can be done manually and the time with one character can be extended with items, it’s a pain when the switch happens during an inopportune time — like, uh, in the middle of a boss battle. Regardless, Dream Drop Distance is an impressive remaster that delivers around twenty hours of play between both main characters.

When it comes to Final Chapter Prologue’s movie, Kingdom Hearts X Back Cover, those not already familiar with the lore and characters of the series might want to skip it entirely. Running at over 60 minutes in length and detailing the backstory of Unchained X, it’s easy to get lost in all of the dialogue — honestly, it gets downright boring. Still, it has its upsides. The voice-acting is well done, and the cutscenes are rendered like the ones found in A Fragmentary Passage.

Speaking of which, A Fragmentary Passage follows Birth by Sleep star Aqua, and picks up directly after the events of her first journey. Aqua begins at level 50 and comes equipped with numerous abilities to go crazy with. Flowmotion is featured once again, and it’s more mesmerizing than in Dream Drop Distance due to the added power of the fresh engine.

It’s a brief experience, though, and reaches its conclusion after only a few hours. In an attempt to add some replayability, there’s the option to complete various objectives that will unlock new costume items for Aqua. For those who’ve played it, Passage resembles Metal Gear Solid V: Ground Zeroes in that it isn’t meant to be a full release, but rather an early slice of what’s to come.

Kingdom Hearts HD 2.8 Final Chapter Prologue is a brilliantly odd release. Newcomers to Kingdom Hearts may be put off by the complexity of the stories they’re thrown into, but Dream Drop Distance and A Fragmentary Passage are accessible enough via sheer gameplay alone. Really, it’s just puzzling why this title gets released first when Kingdom Hearts 1.5 + 2.5 Remix (a much more substantial and sensible package) is only a couple months away. In the meantime, this package makes for a promising start before Kingdom Hearts III. Rating: 8.5 out of 10

Disclosures: This game is developed and published by Square Enix. It is currently available on PS4. This copy of the game was obtained via publisher and reviewed on the PS4. Approximately 25 hours of play were devoted to the single-player mode, and the game was completed. There are no multiplayer modes.

Parents: According to the ESRB, this game is rated E and contains fantasy violence and mild language. Players will be able to set some enemies on fire and beat’em up with your big old key sword, but it’s nothing a child couldn’t handle seeing. 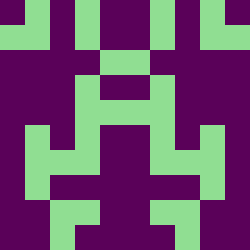