A Shoot ‘em up Looking to Branch Out 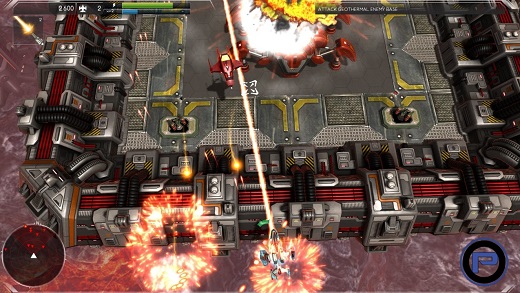 HIGH: The difficulty and environments

LOW: The unforgiving level-up system and lack of options

In recent years it's gotten harder to keep genres straight, especially considering how they seem to more closely intertwine and bleed together with each new release.

For those who may not know, a ‘shmup' is a portmanteau of the words ‘shoot ‘em up', and they're typically categorized as titles in which a player goes along a narrow path, either horizontally or vertically, shooting everything and dodging an insane amount of gunfire.

Project Root is a shmup for sure, but it's one that's breaking away from normal genre conventions.

Root starts its attempt at being different by making the player traverse huge stages in full 360 degree rotation. Instead of just following a scrolling linear path, they're allowed and instructed to explore every corner of every stage.

Another new twist is that each area has a list of tasks to complete, and the player is guided through each objective by their commander. By doing these things, it's possible to earn points that go towards status increases—things like increasing the rate at which the ship turns, how much damage the weaponry does, how fast the ship moves, and so on. Sadly, it's never truly possible to max everything out since it gets harder to gain experience points as the game goes on, and there are a finite amounts of points to be acquired.

Another mechanic that sets Project Root apart is the ability to shoot enemies on the ground and in the sky. Enemies exist on two planes, so special care must be taken to not get shot by enemies in the sky while dealing with those on the ground, and vice versa.

Unfortunately, as one might expect for the shmup genre, the difficulty starts high, and only gets higher. Each enemy initially dies in one hit, but the player will soon encounter foes that take a lot more damage to destroy. Also, there are no checkpoints to be found in any of the stages. This lack of mid-stage saving might be normal for most shmups, but having to start from the beginning after navigating the insanity of each area felt a bit unfair.

Design-wise, the visuals of Project Root are nice, albeit simple, but outside of some especially nice textures and enemy units, it generally looks less than impressive.

Unsurprisingly, the game isn't too strong in the story department, either. Despite including various groups and characters, Project Root is essentially a prototypical futuristic war story where evil people are evil and good guys are good. It's kind of bland, and outside of a few nice images between stages, the plot's just pro forma filler.

Oddly, there's no ability to change any settings of any kind, which is troublesome for anyone who wants to adjust the volume of the in-game music, or reassign the buttons.

Although several of its elements still need some work, I like what Project Root is trying to do overall, and I appreciated the effort to blend non-traditional elements into the shmup genre. There's a lot of potential for the free-roaming shooting, leveling-up, and dual-layer combat, but none of it is quite there yet. Rating: 5 out of 10


Disclosures: This game was obtained via publisher and reviewed on the Playstation 4. Approximately 10 hours were devoted to the single-player mode, and the game was completed. There are no multiplayer modes.

Parents: According to the ESRB, this game contains: violence, most of which is vehicle-on-vehicle explosions.

Deaf & Hard of Hearing: The game doesn't suffer while the sound is muted, and no audio cues are necessary for successful gameplay. 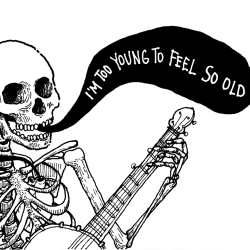 I can’t stress how much a map would have helped. Damn, these levels are big.