If this Combat had a Taste, it would be Quite Delicious 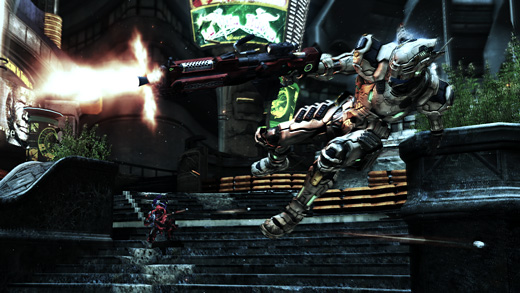 HIGH: Exploding an enemy with their own projectile as it launches in glorious slow motion.

LOW: The unskippable first-person interactive cut-scenes bring the pacing to a halt.

WTF: Why is Sam's visor set at his mouth when he exposes his entire face to smoke?

This is not the review of Vanquish

I expected to write.

Had I done what I usually do, I would have played through the game once on its default difficulty setting, then started writing. I would have praised the stellar combat, but lambasted the generic visuals, forgettable script, and repetitive missions. I would have slapped a seven on it and moved on. However, for whatever reason (the short length? Shinji Mikami's influence? Stockholm syndrome?) I was curiously compelled to revisit Vanquish on its harder difficulty settings and come to grips with its intricate combat mechanics—and boy am I glad I did. Vanquish has, for lack of a better term, made me its bitch.

First things first—those flaws I was talking about? They're still there.

The game is ugly. Not on a technical level, mind, but aesthetically the environments are almost entirely comprised of steel and concrete. It's an extremely gray, drab game to look at.

The writing and characters lack personality, being neither interesting enough to be taken seriously, nor ridiculous enough to be funny. Instead, it exists in boring, cliché-ridden middle-ground. Not since Kojima have soldiers managed to talk so much, yet say so little, and the game lacks the whimsical charms one would expect from the creator of Resident Evil and (the highly overlooked) God Hand.

On subsequent playthroughs, I've started to see that what makes Vanquish rise above its peers is the combat which efficiently incorporates the best gimmicks of several shooters into one cohesive whole. It's got the cover system from Gears of War, the slow-motion of F.E.A.R., and the sliding of Wet.

Unlike most cover-based shooters, the player doesn't merely attach to a wall and alternate between staying behind cover to heal (yawn) and poking out to shoot foes. Enemies will surround and flank from all angles, encouraging players to boost around the environments seeking temporary cover. 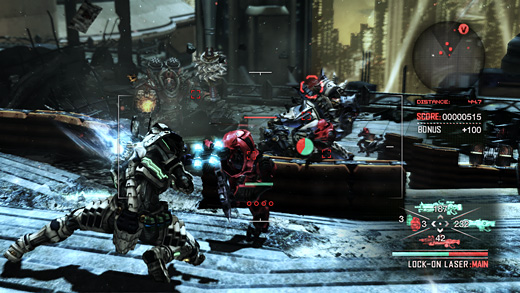 Aiming while evading, rolling, leaping over cover, or melee attacking an enemy will take the game into purple-hued slow-motion where enemy weak points are highlighted. This also kicks in automatically when the player is near death, giving a last chance to dispatch the attackers or get to cover. As a means of balance, stay in this mode too long and the character's super-suit overheats, leaving the player unable to slide or punch.

Taken on their own merits, these could have easily been gimmicks that get old after a couple hours. Combined, however, they allow for far greater malleability in play styles than other entries in the genre. There's a delicate interplay between staying behind cover or rolling out of it to activate bullet time. Melee attacks are incredibly powerful (and vary with each weapon) but emptying the boost/slow-mo gauge to do so leaves the player vulnerable. Figuring out when to deploy powers and when to play it safe makes combat infinitely more varied and strategic than it first appears.

Peeling back more of Vanquish's onion-like layers reveals even more strategy to its dynamic combat.

Initially, the cacophony of projectiles on screen is incomprehensible, making it feel cheap and luck-based at times. Stick with it though, and subtle audio cues are soon discovered which alerting players when an enemy is about to launch a one-hit kill attack. It's also revealed that certain enemies can be destroyed quicker by shooting at the tanks on their backs, or blowing up their projectiles as soon as they're launched. There's a method to Vanquish's madness and discovering the best way to prevail across its five difficulty settings and six challenge maps (where players fend off increasingly preposterous waves of enemies) remains among the most absorbing action experiences I've had this year.

Before closing this review, I have to comment on Vanquish's confusing weapon upgrade system, though. While picking up upgrades that defeated enemies drop is sensible enough, the primary way to level up a weapon is to pick up another gun of the same kind when you already have full ammo. Since you can only hold three weapons at a time, it's actively encouraged to hang on to favorite weapons, yet not use them before coming across other copy. Worse, upgrades can be lost upon dying, making the whole process more trouble than it's worth, and distracting to boot.

Despite all the flaws I mentioned, Vanquish has turned into an unhealthy obsession for me to the point where I'm browsing message boards for tips (the shotgun's melee attack can be charged), and seeing health meters dwindle behind my eyelids. Vanquish

is a bit stupid and ugly, which holds it back from true greatness, but to write it off would be missing the forest for the trees. The fluid combat remains the meat and potatoes of the experience, and it's so good that I was willing to scrape the garnish aside just to get at it. Rating: 8.5 out of 10.

Disclosures: This game was obtained via publisher and reviewed on the PlayStation 3. Approximately 23 hours of play were devoted to the single-player mode, and the game was completed 2.5 times (once on Normal and Hard, and God Hard was given a valiant effort). Five challenge maps were completed as well. 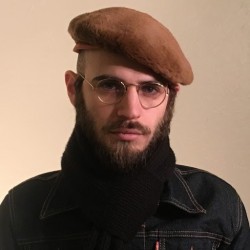 Good review. You instantly gained some respect from me by saying God Hand was overlooked (though it’s easy to tell why, with bone-headed reviews from the likes of IGN enough to make anyone think the game was worth a miss). I’m a great fan of the various guys at Platinum for their earlier non-Platinum works, but Bayonetta left me massively underwhelmed, and the demo for Vanquish didn’t do much for me either. That said, on the gameplay front the game really does offer a lot of enjoyment and depth, which you have highlighted. It’s definitely the best aspect of the… Read more »