This particular article is designed to be a general first impression with the author slated to write an official, full review at a later date after the dust settles and the complete picture can be seen.

The subject of this installment: Gran Turismo Sport, developed by Polyphony Digital and published by Sony. 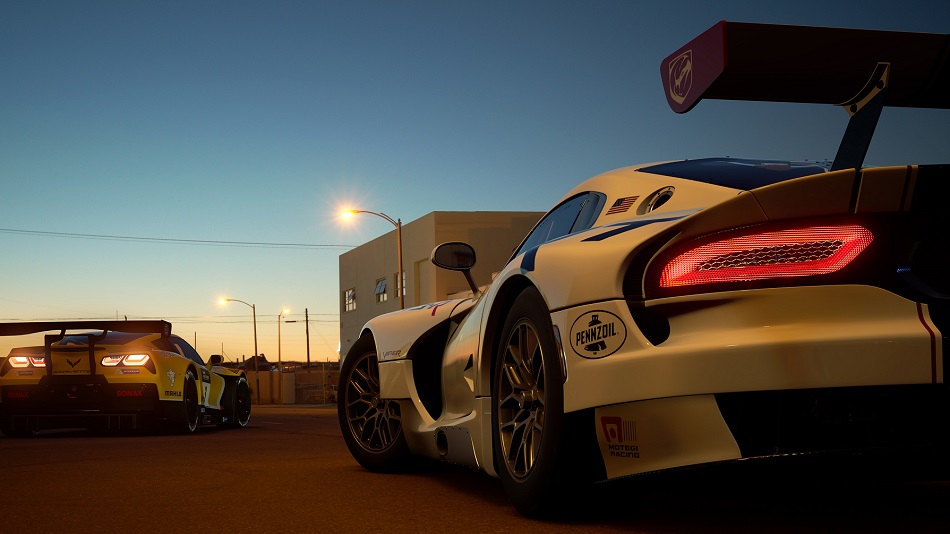 Anybody looking for hundreds of cars, dozens of tracks, and insane amounts of customization will not find it here. What is here is a game with a singular focus on online racing. Everything in the game is geared towards it, and while some people may be disappointed (and, depending on how things shake out, I very well could be too) I appreciate that the most well-known racing sim franchise decided to do something completely different.

This focus extends to all aspects of the game. For example, sim racers have been in a numbers war for many years. How many tracks and how many cars on offer have become huge selling points. So, hearing GTS only has around 140 cars could be disappointing. But, unlike the 700 cars in Forza 7, these are all cars that beg to be driven in the context of a performance racing game. There are only 17 tracks (Of which only two are real) but each course has multiple layouts, so there’s plenty of variety in the pavement.

It’s difficult to judge if this is enough content, because Gran Turismo Sport in its current state feels like I ordered an incredibly fancy five course dinner, and the steak is still being cooked.

That steak is the Fédération Internationale de l’Automobile (FIA) officially sanctioned GT Championship series. It’s a big deal, and will have players all over the world competing for points over a full season of races, with the winner getting a legit trophy presented at the FIA awards ceremony. The season starts in April but will have a ‘pre-season’ starting in November, so not much is known about this aspect, which is actually the biggest part of the game. 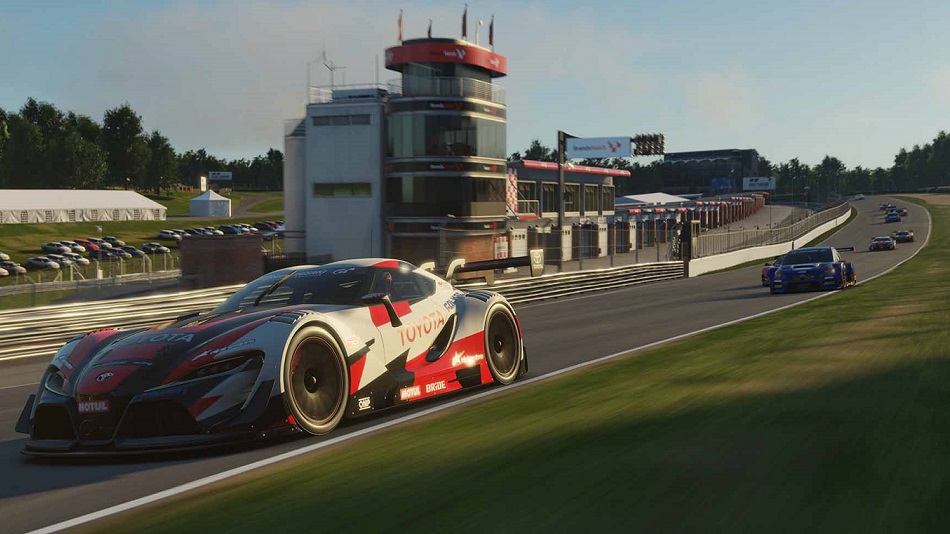 At this point, all I have to say is that when this mode finally arrives, it had better be awesome because everything in GTS is tailored around it. The campaign mode is essentially a training mode for racing, with traditional circuit races replaced with a series of 15-25 second challenges designed to teach players how to drive properly. This is followed by another set of goofy challenges (like the obligatory car bowling) and then finally some actual racing. These modes have helped me improve my digital driving considerably, and attempting to shave off .006 seconds to get a gold medal can be as exhilarating as it is infuriating. However, anyone looking for a deep singleplayer mode will be severely disappointed. There’s also an arcade mode where players can race collected cars, but it’s basically an exhibition mode since it offers no way to earn in-game credits.

Again, the real meat of GTS is playing it online. Because the FIA is a legitimate organization, cheating is a primary concern. As such, the game requires an online connection. Save data isn’t even stored on the player’s console, which led to me logging in one night, trying for 45 minutes to get a gold medal, getting the gold, and then finding out the servers were being maintenanced, so the save didn’t take. Boo.

Also, a word that will be heard over and over again is ‘sportsmanship’. GTS takes the concept extremely seriously, going so far as to make the player sign a EULA stating that Sony has the right to remove someone from playing if they drive like a jackass. Gran Turismo Sport actually forces drivers to watch a series of videos explaining the concept of sportsmanship and how to properly drive in a race. This may seem extreme, but I felt both myself and other players actually driving in a way similar to reality, where faster cars are given room to pass. After playing Forza 7 and seeing how online races eventually turned into a demolition derby, I appreciate Polyphony Digital going to great lengths to fix a long-time issue with the genre, but I can also see some players finding these efforts off-putting.

For Gran Turismo Sport, absolutely everything hinges on the quality of the racing championships which are currently not in the game. If they’re fantastic and go off without a hitch, then everything involving the truly bizarre ‘campaign’ mode and the focus on sportsmanship will make sense in the context of what they want to accomplish. If the mode falls short, then this game will be one of the most disappointing releases of the last decade. In light of how much hinges on an aspect that I currently have no access to, we are withholding a full review of Gran Turismo Sport until after the first pre-season race taking place on November 4th.