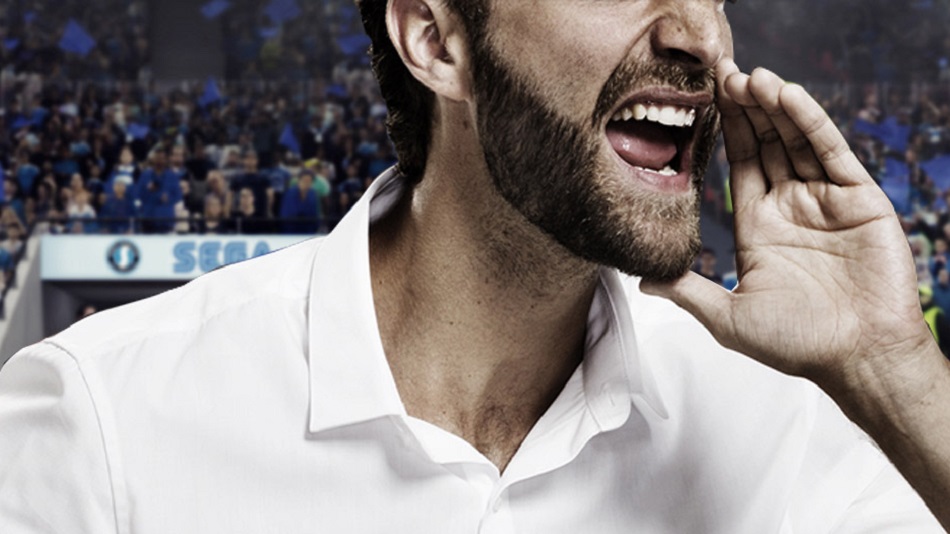 The subject of this installment: Football Manager Touch 2018, developed by Sports Interactive and published by Sega.

There are probably few people less qualified to review a Football Manager title than myself. I’ve never played a Football Manager game, and I’ve never played a text-based sim game. The only experience I have with the series was the delightful comedy special ‘How Football Manager Ruined My Life’, in which British comedian Tony Jameson details exactly that. Above all else, I hate soccer, which is a sport I believe is played by either 10-year-old girls or Europeans who couldn’t hack it in rugby. To my best recollection, I don’t think I’ve even played FIFA.

With that said, as someone who likes to have a wide array of tastes when it comes to videogames, Sports Interactive’s series has always fascinated me from afar due to the astounding attention to detail and the fervor of its fans. It’s a title so exhaustively detailed in its player profiles, its database of players, teams, and leagues that actual football clubs use it to find player information.

On a personal level, I wanted to try Football Manager because I am, in fact, employed as a football manager. Granted, it’s rugby football, and it’s a junior high school team, but that doesn’t mean I don’t do a lot of the things a football manager does like scout players, design practices, schedule friendlies with other opponents, fundraising, and the occasional chat with the boss. Am I the next Joe Schmidt? Of course not, but I like to pretend I am, and I was excited to dip into Football Manager and see what all the fuss is about.

This was a mistake. 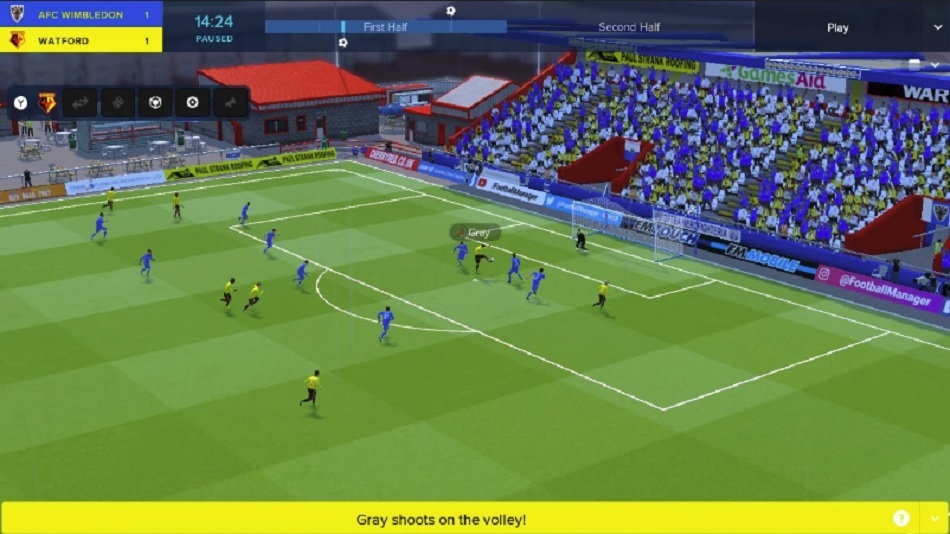 There are apparently three tiers of Football Manager available in a year. The FM most commonly played on PC is the full release with an absolutely astounding amount of options. FM Mobile for phones is a far more streamlined version, and FM Touch is a middle ground made primarily for tablets. It’s recently made its way to the Switch, which is the one we got to look at. FM Touch is considered nearly complete, with the few omissions being less of a focus on the personable aspects of being a manager, such as speaking to the press or giving motivational speeches at halftime.

One of the coolest things about this franchise is the incredible passion of its fanbase. The internet is an invaluable resource to anyone looking for advice, strategy, or information on how to properly play FM. It’s a good thing that the fans have picked up Sports Interactive’s slack, because they have included no such help in the actual game — there are no detailed tutorials, and no easy way to find explanations. Pick a club, design your avatar, go.

There is a general synopsis for the function of each part of the game once it’s selected for the first time, but it’s hardly enough to help a new player through such a labyrinth. This might be fine for anyone who’s played the series for a couple of decades, but newcomers like myself will likely end up as I did — confused, frustrated, overwhelmed, and bewildered. 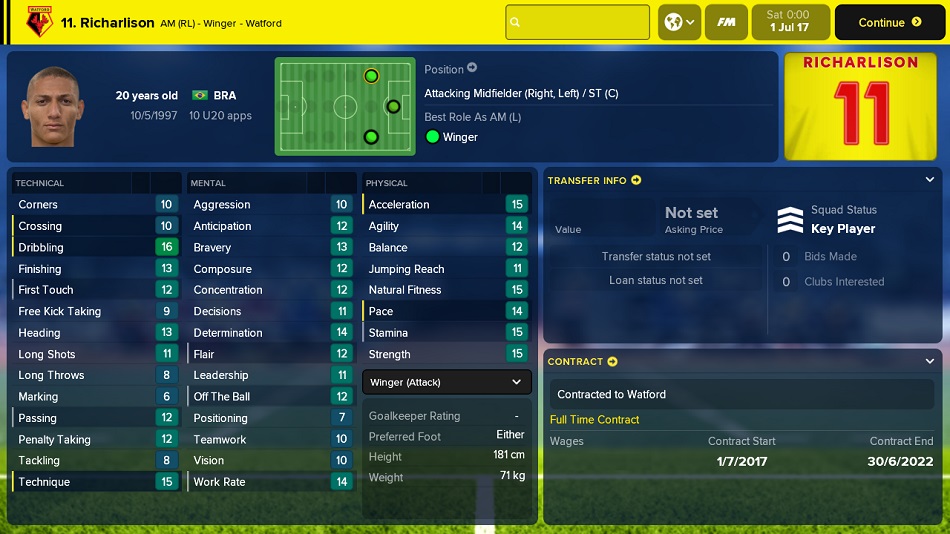 To say FMT2018 gave a bad first impression would be a dramatic understatement. I actually pulled out a stop watch (not a phone. A stopwatch. I’m a coach, after all!) to see how long the wait was between booting the game up and being in control of the main menu. 1:24.33. Let’s have a real world test: Go look at a watch for 85 seconds. Go ahead, I’ll wait. Finished? Great. Now imagine that a portable game, one that is ideally designed for short bursts while waiting at a bus stop, has that kind of wait time before one can even start playing.

With a text-based sim, it’s not the GPU that matters, but the CPU. The amount of numbers under the hood of a FM title is staggering. This isn’t a huge issue on PC, but on the Switch, it proves to maybe be too much for Nintendo’s hardware. Load times during play are rough, frequently topping over 30 seconds. I was fully aware that FM was going to have a lot of waiting involved, but it’s a borderline deal-breaker here. 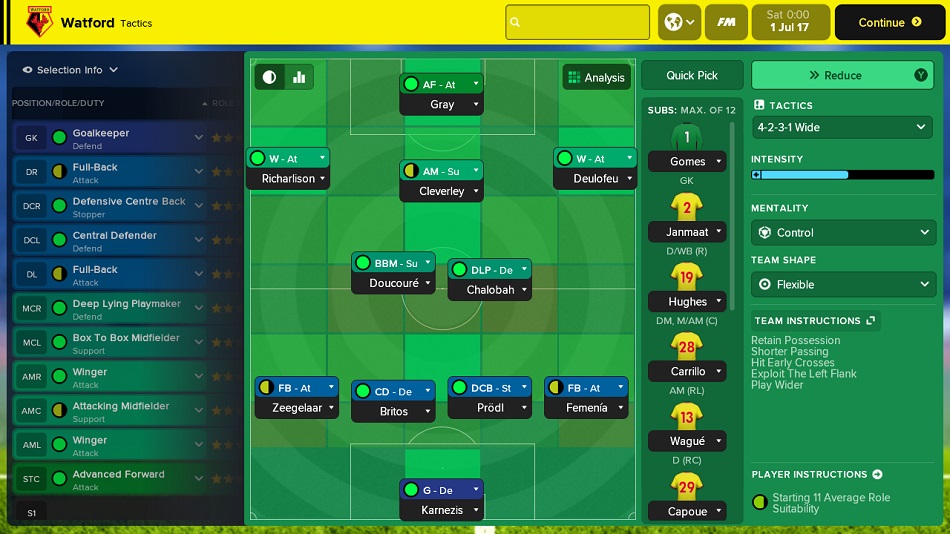 Another negative to the Switch version is the controls. It’s essentially a port of the tablet version, and tablets tend to be considerably larger than the Switch screen. They also tend to be more precise. Using the small screen to select prompts to access various menus and sub-menus caused my rather large hands to input many things I never wanted to. In docked mode, the game is controlled with a mouse-style cursor which is hardly ideal. While I’m no FM expert, it’s abundantly clear this is a game that almost demands to be played with a mouse on a PC, and the Switch version is possibly the worst way to play.

I’ll be honest, the biggest reason this is Not A Review is that I probably spent around 45 minutes actually playing this game. Upon receiving the code from my editor, I had a grandiose vision of spending months playing and writing periodical check-ins. However, after fumbling through the menus, constantly doubting if I was playing it ‘correctly’, and then losing my first match, any desire to continue playing evaporated immediately. To learn it, I’d essentially be spending as much time watching how-to videos on YouTube as I would be with the Switch in my hands, and that is both a failure on the developer’s part and not something I’m willing to commit to.

Alas, Football Manager is now a series I throw in the category of things I never, ever, EVER want to play, but I’m happy they exist. People clearly adore this series, and any attempt by the developer to change it would probably ruin it for the fans, so I will respectfully decline any further invitations. As I said, I am in no way qualified to review this title, but I do feel qualified enough to say that playing it on Switch is a terrible way to do so, which is definitely a bummer to FM fans who would probably love playing it in the tube on their way to work.