They Actually Did It! 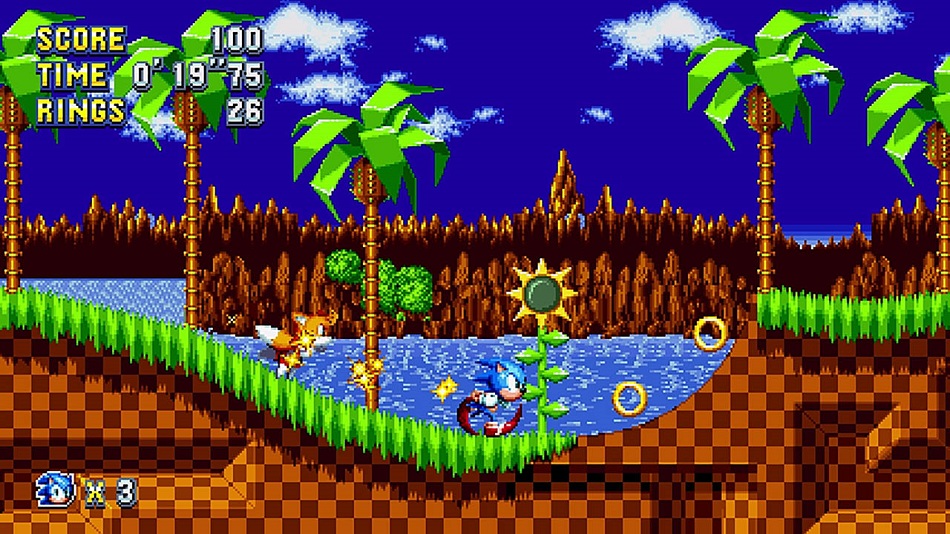 HIGH This whole game makes me high with joy.

LOW Hitting enemies or falling into pits because Sonic’s going too fast to see in front of him.

WTF How did some guy in Australia pull off what Sega has been trying to accomplish for two decades?

Sonic The Hedgehog means a lot of things to a lot of people, but to me, Sonic was what I had.

Back when I was four, my mother thought the idea of multiple videogame consoles was totally preposterous, so my dad got me a Sega Genesis packed with Sonic 2 for Christmas, and that was that. As an older man, I find the concept of brand loyalty for gaming to be modern consumerism at its worst, but back when I was a kid and some dope on the playground was trying to tell me how much better Mario was, I had to ride-or-die with my mascot.

Since then… well, it turns out that dope on the playground was right. While the Genesis outsold the Super Nintendo in America, 1995 was the last time someone could argue Sega’s superiority in anything. We lost the war, and, yes, while Sonic is an important figure in gaming, comparing his legacy to Mario’s at this point is rather absurd. So, to say that Christian Whitehead had his work cut out for him would be a dramatic understatement.

This infamous Sonic modder gained a level of legitimacy with his work on exceptional HD Sonic ports, and after Sonic Team got done bashing their heads into walls over and over again, Sega gave this Australian dude the keys to one of gaming’s most cherished franchises and told him to fulfill the hopes and dreams of its ‘passionate’ fanbase. No pressure, right?

He and his team knocked it out of the park so hard that the ball is still flying over the pacific. 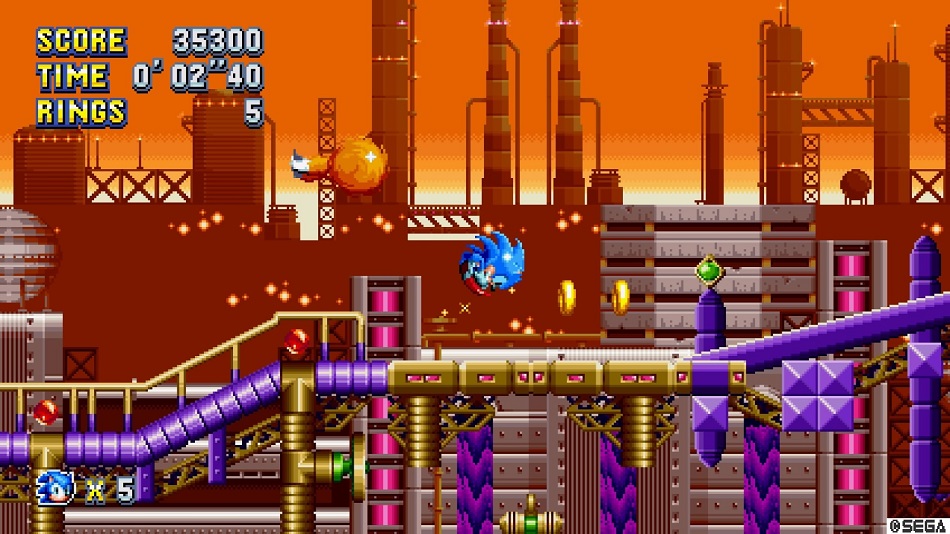 How did they do it? For starters, the controls and physics are, frankly, perfect. As someone who was aghast at the plodding controls and slow movement featured in Sonic 4, nailing the feel of the early Genesis games is clearly not easy. Everything from the way Sonic builds momentum to the floaty-yet-weighty way he jumps is right on the money here. It’s still a Sonic game, so there’s some awkward jumping when at an angle and the pacing is still weird thanks to blazing through loops only to run directly into a platform or an enemy that was impossible to see while running full-speed, but, well, that’s Sonic.

Half the levels are entirely new and fit right in with the tone of the series, while the other half are remixed versions of previous stages from the franchise. The enhancements made to the ‘greatest hits’ levels make them feel almost as new as the actual new levels, and even if a favorite level isn’t represented, there’s a good chance that a little nugget of it is here in some way, such as when the grappling lines from Sonic 3‘s Marble Garden make an appearance.

These stages also look stunning, particularly for those lucky enough to be on a PS4 Pro with a 4KTV — I wasn’t prepared for how sharp pixels could look. Every conceivable color is on display here, and the tireless effort on the sprite work is abundantly clear when watching a supremely detailed Sonic blast past intricately-layered backgrounds. The Blue Blur himself has received a tasteful redesign, landing somewhere between the original sprite and the smirking version seen post-Sonic 3. He looks better than ever whizzing by.

Clocking in at around four hours for a first playthrough, it’s quite long for a Sonic title, featuring plenty of content for a 2D platformer. Collecting all seven chaos emeralds in the Sonic R/Sonic CD inspired special stages on the first go will be nigh-impossible given how well the warp rings are hidden (as well as how difficult these stages can get) and the absurd amount of branching paths in each level ensures the player will have plenty of fresh experiences. Furthermore, don’t expect a cakewalk. I was surprised at how many times I died, and some of the incredibly creative bosses will test even the most experienced Sonic aficionados. Puyo-Puyo skills may also be necessary at some point…

I can’t begin to describe how happy it makes me to report that not only is Sonic Mania the triumphant return-to-form that fans have been waiting for over the past twenty years, but Christian Whitehead and his team have made the definitive Sonic game. Of course, this may be a tad hyperbolic coming from a longtime Sonic fan like me, but when I have children, this is the Sonic game i’m going to give them. This is a required purchase for anyone who loves this series, and that dope from the playground, wherever he is, can go launch himself into the sun. Rating: 9 out of 10

Disclosures: This game is developed by Christian Whitehead, Headcannon, PagodaWest Games, and published by Sega. It is currently available on the PS4, Xbox One, Switch, and PC. This copy of the game was obtained via publisher and reviewed on the PS4. Approximately 8 hours of play were devoted to the single-player mode, and the game was completed twice. There is a competitive multiplayer mode.

Parents: According to the ESRB, this game is rated E For Everyone, and I could not find a single piece of objectionable content. Kids will love it and parents can rest easy letting them have at it.

Deaf & Hard of Hearing Gamers: The minimal story is conveyed without speaking and there are no significant auditory cues, so there shouldn’t be any issues.

Remappable Controls: This game’s controls are not remappable, but multiple buttons can be used for jumping and the player can switch from the analog stick to the D-Pad at any time.