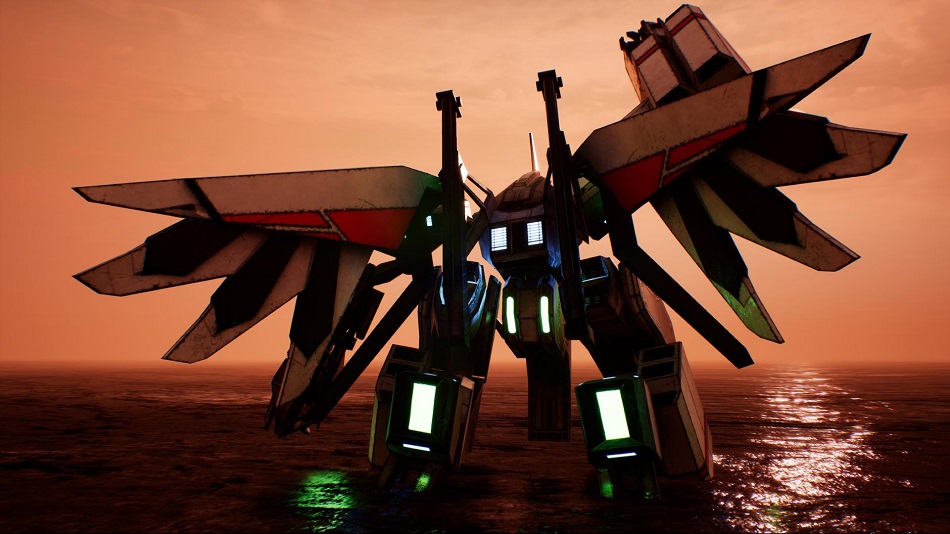 LOW Everything beside said mech combat.

WTF Look, I get the budget’s tight, but maybe spend more than $20 & a cup of coffee on the translation.

One characteristic shared among many successfully funded Kickstarter games is that they pitch the idea of restoring a type of game rarely seen anymore. Broken Age was an old school adventure game, Pillars Of Eternity was a return to the Black Isle isometric RPGs of the ’90s, and Shenmue III was, well, another Shenmue.

In the case of Project NImbus: Code Mirai, a small group of Japanese developers got together and kickstarted a game in the poorly-represented mech combat genre. The ’90s were filled with awesome titles like Armored Core and Virtual On, but the genre has flatlined over the past fifteen years and I’ve got to wonder why there aren’t more games with big robots fighting each other — it seems like there’s no shortage of robot fans out there, myself included.

Luckily for us, Code Nimbus was successfully backed. However, the team at Kiss Ltd. didn’t get the millions of dollars Yu Suzuki and Tim Schafer did with their projects. No, they got around $30,000, which doesn’t go very far in this business. As such, the team put a skeleton of a game out on Steam early access back in 2013 and slowly chipped away at it in their spare time. Five years later, a fully featured version has landed on the PS4 after innumerable hours of tireless work from the developers, and it’s abundantly clear where their resources went.

If one judges Project Nimbus on the basis of being a fast-paced mech combat game, it’s a fantastic success. During the sixteen mission campaign, players will wield various Battle Frames through the skies of various futuristic cities while dueling fellow ace pilots and blowing up a wide variety of cannon fodder. 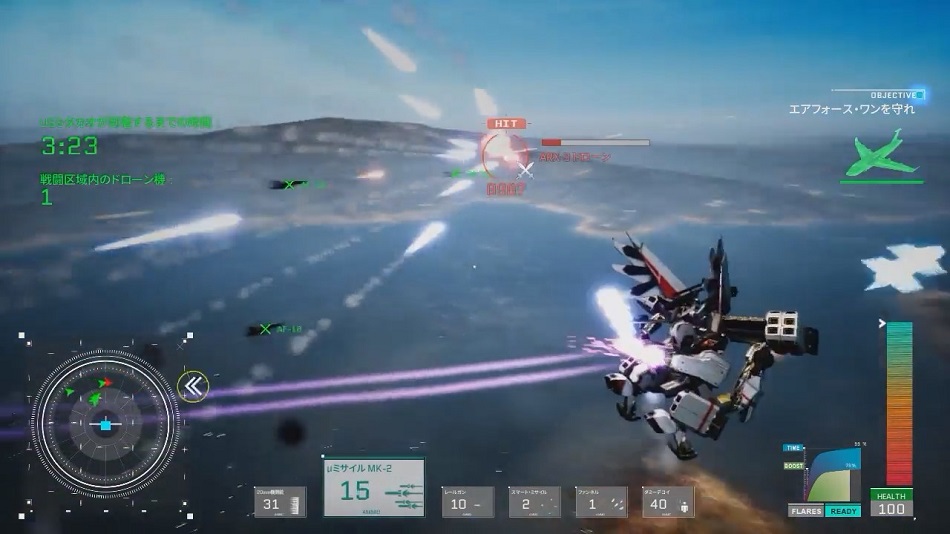 The feel of piloting a mech here is truly exemplary. They’re easy to maneuver while also feeling appropriately weighty, and the player has a wide variety of abilities and weapons. It does take a few missions to get the hang of it, but once it clicked and I was whizzing around my enemies, switching weapons on the fly, unloading flares and raining death upon those who opposed my Battle Frame, I was adoring the experience. Piloting a videogame mech has rarely felt this good, if ever. The developers absolutely nailed the feel of it, and it’s awesome.

It’s a good thing they knocked the gameplay out of the park, because it’s clear the devs ran out of money when it came to everything else.

The script and dialogue here are excruciating. I’m guessing that Google translate was the head of the localization department, and the Newgrounds message board was the casting director. The 14yo they got (i’m hesitant to say ‘hired’, because that would imply someone got paid) to be the commander can’t say ‘Mithril’ properly, in one scene pronounces the Japanese city of Aichi multiple ways (none correct) and if this was a higher-profile game, these clips might have become legendary in a Resident Evil sort of way. The story Project Nimbus tells isn’t exactly gripping, either — just a standard ‘future U.N. vs. terrorist group who feel left out’ sort of tale.

The graphics are colorful and definitely look like a Japanese mech combat game should, but flying around with static cities floating behind bland backgrounds looks odd, and the sound effects don’t have any pop. Launching 20 missiles strapped to my back should have a fair amount of roar behind it, and it’s barely audible here. I’m willing to accept a lot of this given the situation in which the game was made, but it’s a bummer because if the details were as good as the core combat, this might have been one of my favorite games ever made. I’m not mad at the developers, just I’m mad nobody gave them any money.

Unfortunately, there’s a lot of straight-up bad stuff about Project Nimbus: Code Mirai, but it’s understandably bad. It’s impossible to expect much from an incredibly small Japanese studio who have created this obvious labor of love, so if one is willing to judge the game in that context, then this project is a huge success. For anyone like myself who spent hours in their bedrooms carefully assembling imported Gundam models in their youth (or in adulthood, because growing up is overrated) I’m tempted to call this a must-buy. Code Mirai may have a lot of rough edges, but it has a heart big enough to power even the most outrageously-oversized mecha battlesuit. Rating: 7 out of 10

Disclosures: This game is developed by GameCrafterTeam and published by KISS-Ltd. The game is available on PC and PS4. This copy of the game was obtained via publisher and reviewed on the PS4 Pro. About six hours were played in both the campaign mode and survival mode, and the game was completed.

Parents: According to the ESRB, this game is rated T for Violence. The game featured a lot of robot death, but it’s hardly graphic. Parents with a mech-loving kid should have no issues here.

Deaf & Hard of Hearing Gamers: The game features subtitles during all cutscenes and there are no necessary audio cues, as the screen also provides visual cues for things like incoming missiles. Text is not able to be resized. It’s fully accessible. 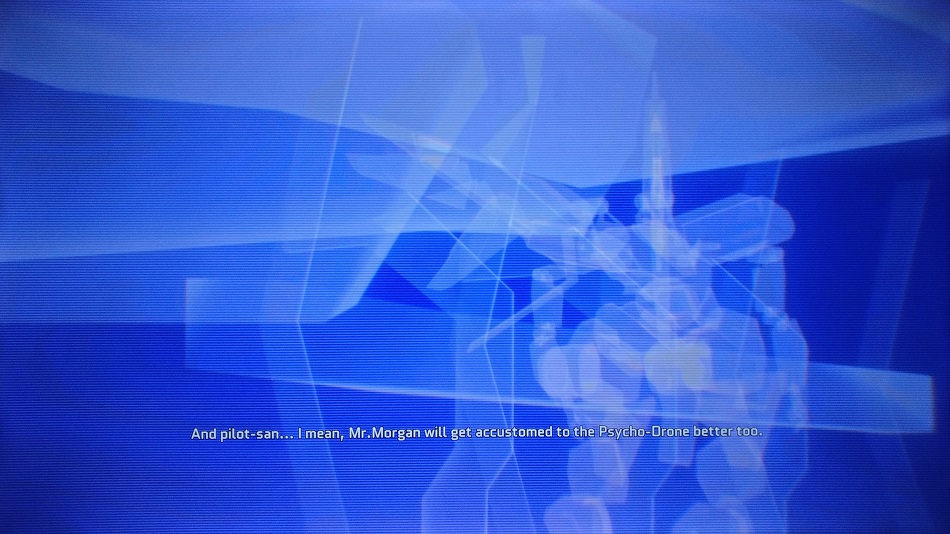 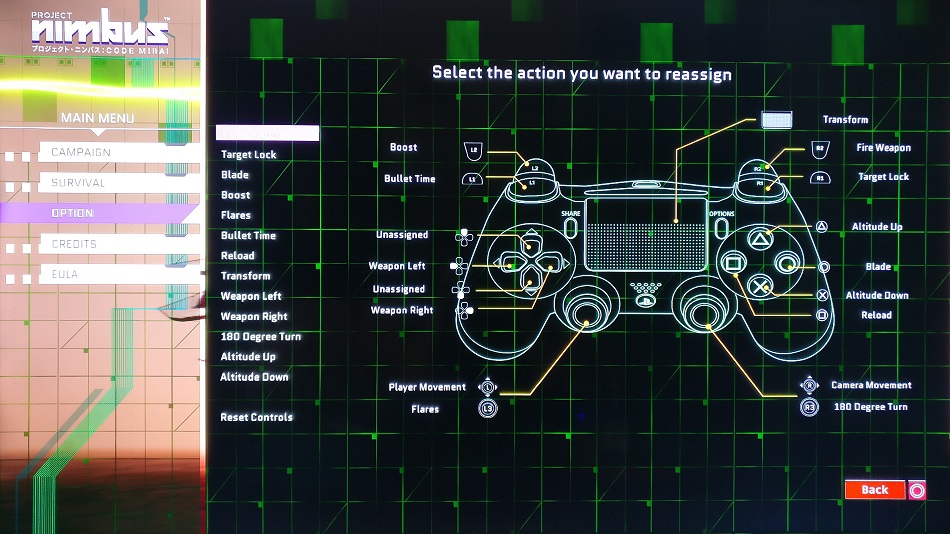