A Wholesome Tale Of World Domination 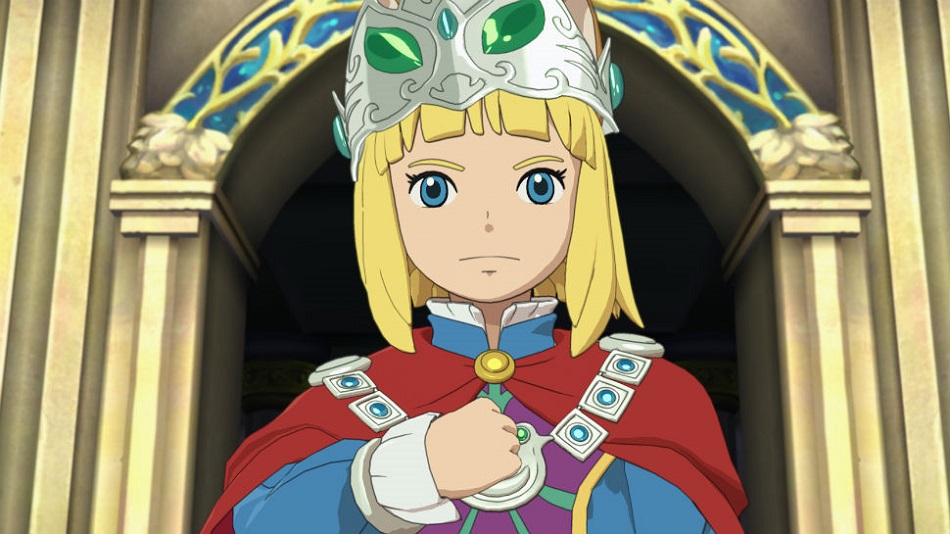 HIGH A constant barrage of good vibes and happiness.

LOW It seems like only 20% of the dialogue is voiced.

WTF The opening of the game and Roland’s backstory are a tad… out of place.

The videogame industry has a serious problem that doesn’t get mentioned nearly as much as it should, and it’s one that I’ve discussed at length with family members who have kids — there’s a severe lack of games for children.

Outside of the rather middling Knack franchise, major publishers have damn near abandoned kids’ games, leaving that sector to the App Store and Nintendo. There are hardly even any licensed movie tie-ins these days, and while my 7-year-old nephew loves him some Minecraft, his other options are distressingly limited.

This brings me to Ni No Kuni II: Revenant Kingdom — I’m thrilled to finally have a big, meaty, honest-to-god triple-A videogame I can wholeheartedly recommend to family and friends as an excellent choice for kids.

While Ni No Kuni II is a sequel to a Studio Ghibli production, there’s no official Ghibli involvement this time around. It might as well be a Hayao Miyazaki joint, though — longtime Ghibli composer Joe Hisaishi is back, and a few former Ghibli animators are on staff to ensure that their distinct look is still in full force. 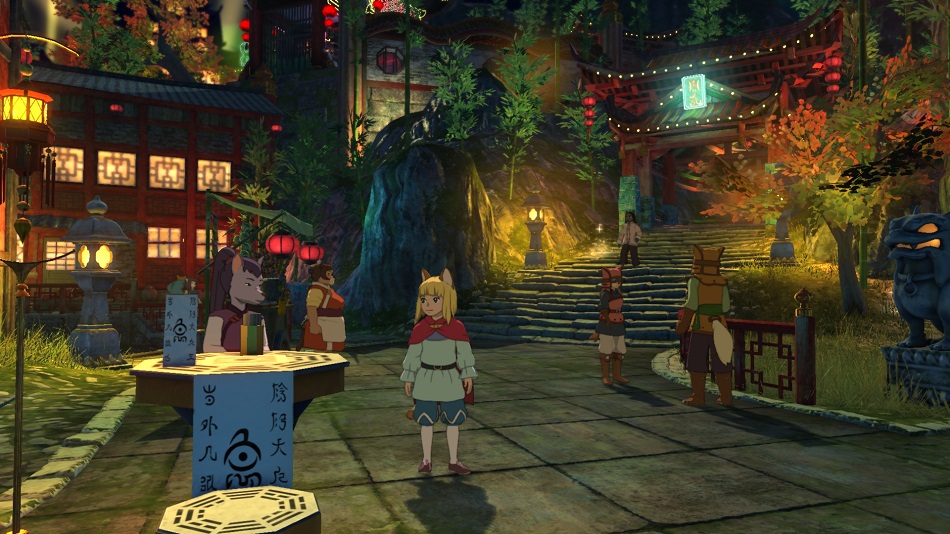 Their contributions paid off, because from a production standpoint, NnKII is nearly flawless. The music is exceptional, the voice work (what little is here) is strong, they’re working from an extremely well written script, and the game is absolutely wonderful to look at. The first Ni No Kuni was lauded for essentially being a playable Miyazaki movie, and Revenant Kingdom is able to harness more powerful hardware to come even closer to that ideal, with a detailed world full of variety. Every town, dungeon, and species looks incredibly different from the rest, and the strong art direction ensures it all fits together.

As King Evan Pettiwhisker Tildrum, the player sets forth with the younger self of the president of the United States (don’t worry, it’s not Trump) after an uprising usurps him. Dethroned, he seeks to create a new kingdom based on the principles of love, happiness, and world peace. While the story is full of wonderfully heartfelt moments and some good laughs, it doesn’t quite stick the landing at the end. Even so, the journey of building up a new kingdom is a great one to partake in.

When describing how NnKII plays, ‘traditional’ would be a good word to use. It’s a third-person action-RPG with towns and dungeons, and a gorgeous world map. It’s such a comfort play that it’s the JRPG equivalent of grandma’s freshly-baked cookies, and given Level 5’s pedigree in the genre, the quality here is hardly surprising. They’ve always done a great walking the tightrope between invention and nostalgia, and this is no exception.

Ni No Kuni II‘s coolest feature is the kingdom itself. Relatively early, the game essentially becomes a base builder where Tildrum and his compatriots go around the world signing treaties and recruiting people to join his utopia. This is done by helping people through side quests to convince them to join up, and then assigning them to various projects to increase Tildrum’s magic, armor, abilities, and other combat specifics. 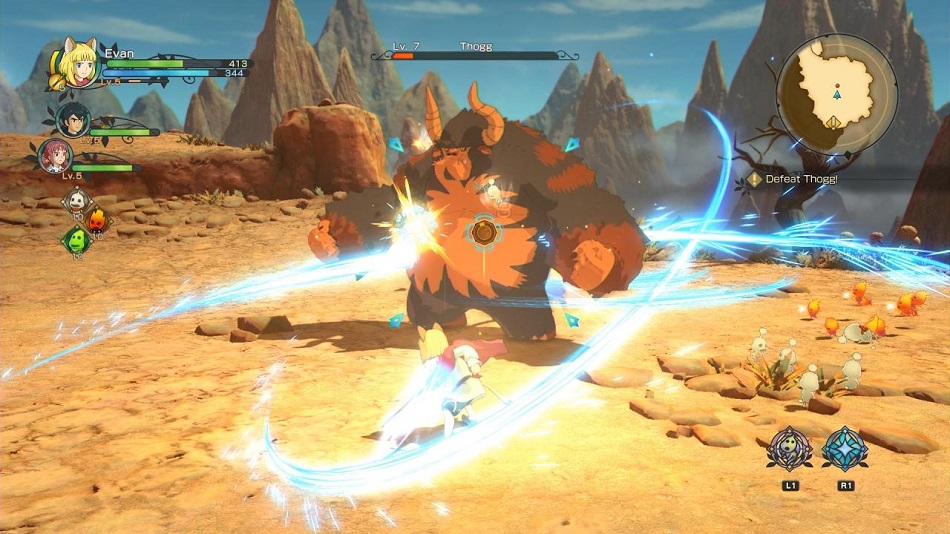 NnKII has a wide variety of systems in play, and it’s impressive that they’re always approachable and never daunting. For example, the player can easily dictate what kind of kingdom they wish to build, there are incredibly cute creatures called Higgledies to collect, the world map is huge, and there are hundreds of creatively-named items and resources to heighten abilities and equipment. On top of that, the game has a faux social media system where one can learn about the people of the world and pick up new side quests. It sounds like a lot, but it’s all surprisingly manageable due in part to the easy-going nature of the campaign — the player is never pressured to move forward, and can play at their own pace.

There are a lot of monsters to slay and heads of state to defeat when getting the kingdom off the ground, and the combat features fast-paced battles with simple combos — it’s kind of a cakewalk. I died twice throughout the entire campaign, and once was only because I had just started and couldn’t recall how to use potions. However, I don’t see this as a problem because a welcoming level of difficulty means it’s accessible to a wide variety of people. Despite its ease, the combat is satisfying, and almost feels like a simplified hack-‘n-slash thanks to responsive controls. It’s also shorter than most JRPGs, as credits can roll in around 25 hours or less. A selectable level of difficulty wouldn’t have been amiss, but but as someone who has little time for huge games, I found the length to be refreshing.

Ni No Kuni II is absolutely delightful. While the original was bogged down by some cumbersome mechanics, Level 5 has done an outstanding job of cutting the fat while adding new elements and keeping things fresh — It has almost none of the filler that plagues the JRPG genre. While some may be turned off by the lack of difficulty, the relatively short length, and the cutesy (yet incredibly charming) world, I see these as strengths. I can’t stress how happy it makes me to see a game as good as this appeal to both someone like me, and to children as well. But most importantly, it’s not a kids’ game — it’s just a fantastic JRPG. Rating: 8.5 out of 10

Disclosures: This game is developed by Level 5 and published by Namco Bandai. The game is available on PS4 and PC. This copy of the game was obtained via publisher and reviewed on the Playstation 4 Pro with an HDR certified 4KTV. Approximately 27 hours were played, which equaled completing the main story and a few side quests.

Parents: According to the ESRB, this game is rated T for Fantasy Violence and Mild Blood. I stress mild, and frankly I think the developers did a disservice placing the occasional splash of blood because if a parent has a young child with a sense of wonder, I cannot recommend this game enough.

Deaf & Hard of Hearing Gamers: The game features subtitles during all cutscenes and there are no necessary audio cues. It’s fully accessible.

Hey y’all One thing is different for some people like myself. This game fails to mention one thing…..one…. big….thing….language. Now for some people this is a non-issue. For me this is one of the bigger issues. Some games get it right and some get it wrong. I pre-ordered this game to do a gameplay walkthrough on my YouTube. I start playing the game and I thought I saw a d***it in the subtitles. I thought I misread it, as I was fielding a text at the time so I kind of missed the dialogue. So I kept playing and then,… Read more »

I see. I apologise for not pointing that out in the review. Like I said in the parents section when talking about the blood, I think they really made a mistake adding the occasional bit of objectionable content in what I think would be a great game for kids. I honestly didn’t even notice the little bit of swearing so it may be only in the start when you primarily play as Roland.

I stand by what I said. In my view it’s a great game for children, but I completely understand your viewpoint.

How connected is it, story-wise, to the first one? I’m really enticed by the idea of a relatively short JRPG (seriously, they’re all so goddamn long), but I haven’t played the first one, so I’m wondering if I’ll be able to follow this one.

Hardly any at all. More thematically than actual knowledge necessary. You’re good. No previous knowledge is necessary.