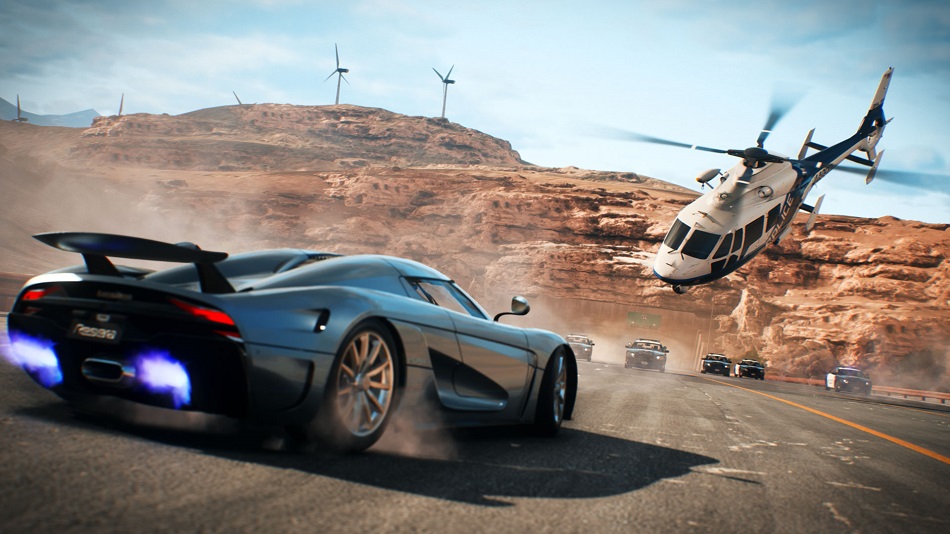 HIGH I didn’t pay for it.

LOW Every time anyone opens their yap.

I don’t think there’s a more needlessly prolific and wildly uneven franchise in all of videogames than Electronic Arts’ long-running Need For Speed. Just look at the previous console generation — it started with Most Wanted, which was great. Then we had Carbon, which was alright. Then there was an offshoot with the Pro Street and Shift titles that made the series more realistic. Between that was the awful Undercover that failed to take the series ‘back to its roots’. Then there was Hot Pursuit, which was absolutely incredible. In 2011 there were actually two, with another Shift game followed by the abysmal The Run. In a bit of irony, the generation ended in 2012 with another great game also called Most Wanted. Throw in a Wii game here and there, some middling handheld games and a failed MMO, and there were so damn many Need For Speed games the last console cycle.

Thankfully, the series has slowed down somewhat. Current consoles launched with the solid Rivals, then sputtered a bit with the simply-titled Need For Speed, which delivered in the highly important ridiculous-yet-awesome FMV category, but ended up being a rather cumbersome and surprisingly slow racing title. But that’s how this series works, right? Need For Speed is a series of awesome highs and dreadful lows. The last one was mediocre, so we’re due for a good one with Need For Speed: Payback, right?

EA gave developer Ghost Games an extra year to make Payback a contender. At E3, the game wowed with a killer trailer showing people jumping out of cars, crawling into semi-trucks, blasting out the back door in a hypercar, changing perspectives, and generally looking like a rollicking good time. Those bits in the trailer? They’re in the game, but situations like those happen maybe a handful of times in the entire campaign, and the rest of it is the most paint-by-numbers Need For Speed title in a while. Go to a new area, find a gang, race a bunch, race their leader, wash, rinse, repeat. All of it is set in a thoroughly boring open world without an ounce of personality or flair, which is especially alarming considering it takes place in a fictionalized Las Vegas.

Payback‘s biggest gameplay influence is the Forza Horizon series, but while that series melded street and off-road racing seamlessly, it’s anything but seamless here. The single player mode has three playable characters — a street racer, an off-road racer, and a bruiser type good at smashing other cars, and none of them feel particularly good. Taking out cop cars isn’t powerful or satisfying. The driving is okay, but feels notably loose, especially while cornering — I never felt 100% certain if my drift was going to go perfectly or if I was going to smash into a wall. Also, while Forza Horizon took realism out of the equation in order to make driving a Ferrari on a beach breezily enjoyable, Payback’s street cars slow to a crawl whenever they’re not on pavement, so exploring the open world outside of the city is a huge hassle.

When players do hit the dirt, be prepared for potential motion sickness. The game runs on the frostbite engine, a piece of software made by an FPS developer for that genre, and now EA has decided it’s a good fit for every single game they release, even if it doesn’t make sense. For a title with so many big jumps, it feels like it was designed for cars that are glued to the ground, and anything big-air related just feels off. Worse, the camera seems locked to the back of the car at all times, which makes the bumpiness of driving on a dirt road rather nauseating. 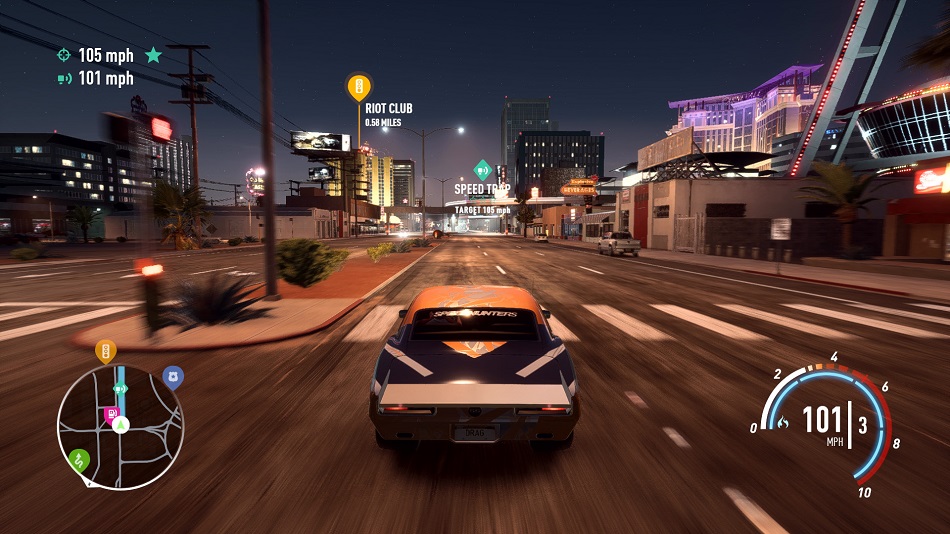 There is one area where Payback is exceptionally terrible, and that is its monumentally atrocious story. Need For Speed actually has a pedigree of not offering great scripts, but it’s been bearable thanks to some so-dumb-it’s-funny schlock peppered in with some memorable FMV cutscenes. Payback can’t even get that right.

This time around, the story is told with poorly-rendered mannequins during cinematics. During races, the voiceover dialogue is both wretched and too prevalent. Not only do all the characters suck, but none of them can shut up for five seconds while I’m trying to focus on racing. Protagonist Tyler Morgan reaches ‘mediocre JRPG’ levels of whiny, and I cannot stress how many times I groaned when this little twerp opened his mouth.

Unbelievably, the story doesn’t offer even a hint of irony. Payback plays it straight the entire way through, thinking its audience is actually going to give a hoot about any of the ‘crew’ while they work for some jackass named ‘The Gambler’ to extract revenge on Mean Latino Woman #768 after she double-crossed them. All of it is garbage, and I am baffled as to why they went this route. Was this their way of trying to ‘legitimize’ the world of Need For Speed? I can only imagine the actors in the voiceover studio awkwardly asking “…so you want me to play this straight?” This story is dreadful.

…Oh, and to cap it all off, they filled the game with blind lootboxes which bork the progression to the point where the customary ‘Hey guys! Sorry about trying to dick you over. We’re listening, and we’re lowering the requirements‘ patch a week after launch didn’t change the fact that the whole game is structured around them. Boo.

I really wanted this game to be good. The E3 trailer looked like the ridiculous Fast & Furious title people have wanted for a decade, and I specifically asked for this review opportunity. In my mind, I was totally down for what this game was promising and in the mood for a good Need For Speed, but this just isn’t it. There are certainly worse racing games out there, but few can match Payback’s blandness. It’s a listless, lifeless, soulless product that perfectly exemplifies the current state of Electronic Arts. Maybe next time. Rating: 4 out of 10

Disclosures: This game is developed by Ghost Games and published by Electronic Arts. The game is available on PS4, Xbox One, and PC. This copy of the game was obtained via publisher and reviewed on the Playstation 4. Approximately 16 hours were spent playing singleplayer and multiplayer combined. The game was completed.

Parents: According to the ESRB, this game is rated T for Language and Mild Violence. Parents who would let their kid watch a Fast & Furious movie would find this game suitable without any issues.

Deaf & Hard of Hearing Gamers: The game features subtitles in case you want to read the awful plot, and there are no necessary audio cues. It’s fully accessible.

Remappable Controls: This game’s controls are not remappable, but there are two presets.

EA U Better listing boi. This Game is good and all, but OMFG. u guys are incredible, how in only in rank all u see is supercars because all people care about is the car lv’s and not the car its self or its history. Amesing how you cant even compeate with any other cars because you are limited on how far a car can be moded. Online there is only 2 type of game mode races that u can only use.. which makes no Fk sense, offroad and race cars.. but no drift ? Also why cant u change… Read more »