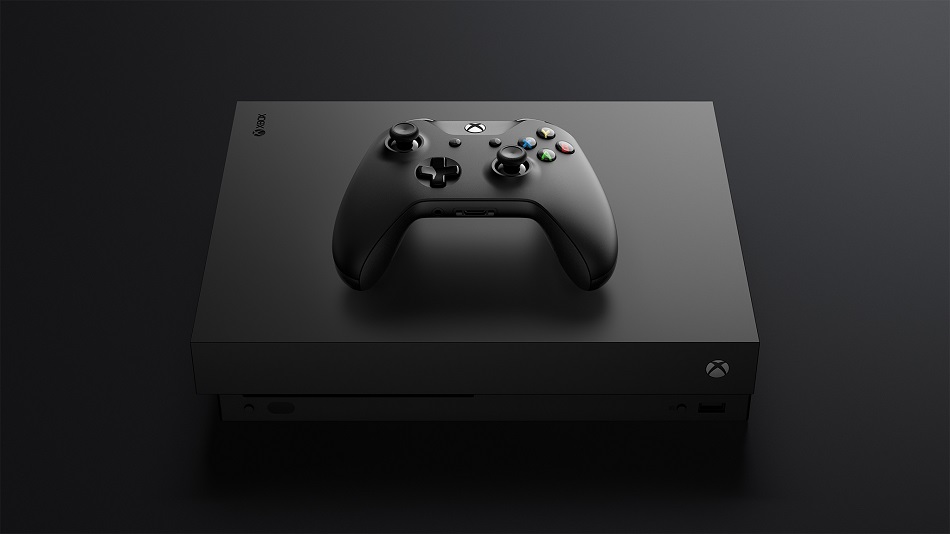 In the two-horse race for console superiority (Yes, I said two. Nintendo resides on its own happy island, completely disinterested in an arms race because they’re too busy counting money) it’s clearly been Sony out in front this generation. The Xbox One launched with bad press, an ugly design, slim pickings when it came to console exclusives, and a clear disadvantage when it came to the quality of multiplatform releases. We don’t even know how many Xbox Ones Microsoft has sold because they’ve stopped telling us. If it was good news, I assure you GameCritics would have an inbox full of press releases all about it.

It’s quite the turnaround considering how far ahead the Xbox 360 was over the PS3, but I will commend Microsoft for continuing to try and right the ship after a truly disastrous launch. The interface has continued to be worked on to the point where I actually quite like it now, and the S model served as a great stopgap between the original Xbox One and the X while also adding HDR rendering. It didn’t hurt that it was also one of the cheapest UHD Blu-Ray players on the market.

So, this brings me to my recently-purchased Xbox One X.

The first thing I noticed upon opening the box is how far we’ve come from the first Xbox One, which is, frankly, one of the ugliest modern electronic devices I’ve ever purchased. Everything from the laughably large power brick to the laserdisc player styling, the fingerprint-magnet gloss finish, and the gargantuan size of the thing screamed ‘update necessary‘. The S model was certainly an improvement and it’s been further refined with the X to become a truly slick console.

Picking it up, this thing feels dense, especially compared to the S which was a little too plasticky for my tastes. It’s worth mentioning that I acquired the limited ‘Project Scorpio’ version of the console. Other than the paint job and controller, the only real difference was the inclusion of a free stand — important for me to invest in because desk space is at a premium in the Johnston household. Overall, it’s a very nice looking machine, and more importantly, it seems supremely well-built.

As PS4 Pro owners will tell you, not all 4K is created equal. The reality is that very few games are running at the full 3840 X 2160 necessary to qualify as ‘true’ 4k, and on the PS4 Pro, the reality is that most games are running at 1440p. The Xbox One X is able to run some games at a full 2160p, and the true showstopper of the initial run of 4k gaming is Forza Motorsport 7. 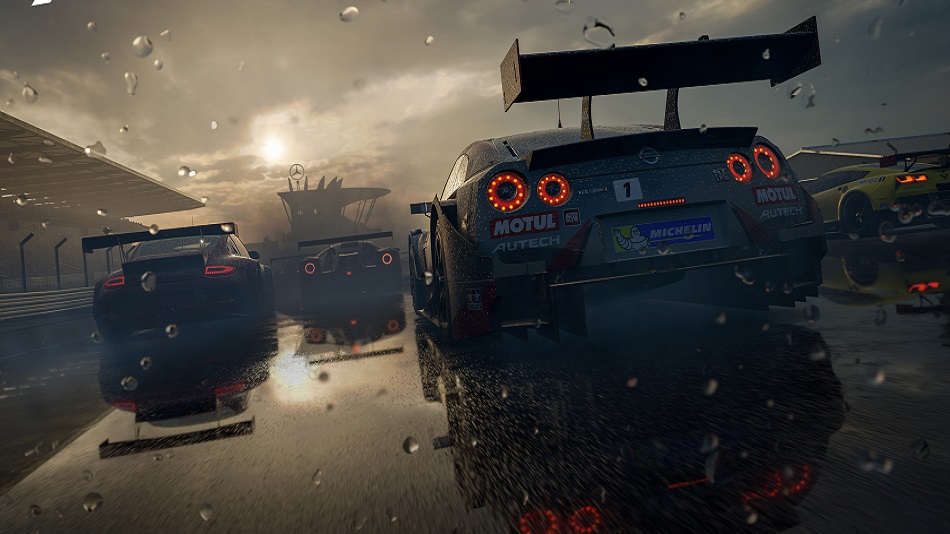 While I already stated my problems with this game, none of my beefs involved the graphics, which looked highly impressive on the Xbox One S, and on the X in full 4K with added graphical enhancements at 60FPS, it is definitively the finest-looking game I’ve ever seen. The added clarity and color definition from HDR (Which, again, is a bigger deal for graphics than 4K) feels like a bigger jump than what we experienced from the previous console generation shift. Another true standout has been Call Of Duty: WWII, as the incredibly bombastic single player campaign provides excellent showpiece material. Normandy beach has never looked this good (…or bad, depending on your perspective).

I was also able to compare some games head-to-head with the PS4 Pro and Xbox One X. I own digital copies of Rise Of The Tomb Raider and Final Fantasy XV for both consoles, and while Tomb Raider seemed similar, the jump from PS4 Pro to Xbox One X for FFXV was considerable, featuring a higher resolution, more detailed textures, and a more consistent framerate. The guys at Digital Foundry have done more concrete breakdowns of games featured on both platforms, and the X has a clear advantage across the board.

However, one thing worrying me is the fear that owners of the non-4K consoles are going to be left in the dust. For example, in preparation for the arrival of my X, I bought Assassin’s Creed: Origins, which I played the first hour of on my S, and it ran like crap. Then I played it on the shiny new X and it was almost like I was playing a new game. A two-tier console strategy is uncharted territory for the major manufacturers, and I hope for everyone’s sake situations like this don’t become the rule.

If you’re a true videophile, all this talk of extra p’s and HDR probably excites you, but I’m starting to wonder how much the general population actually cares about this stuff. I’ve had a couple of coworkers stop by my place, interested in seeing what the system could do. Both of these guys play a decent amount of games, and after showing them Forza and Call Of Duty, they both had essentially the same response — these games look really good, but to them, it didn’t seem like that huge of a jump. Also, neither thought the jump from 1080p to 4K was particularly dramatic. When asked if this was a convincing argument to upgrade consoles or TV’s, they actually provided the exact same response — ‘ahhhh…not really‘. So if you’re not one who cares about playing games on max settings at the highest possible framerate and resolution, current consoles may be good enough. 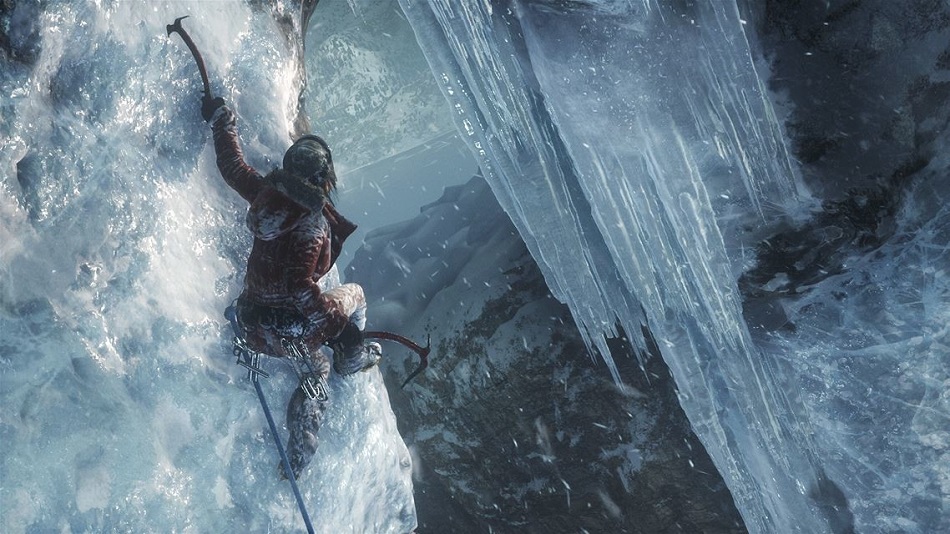 So should you get one? Microsoft isn’t joking when they continually call the X The Most Powerful Videogame Console EverTM. It certainly is that, as it has a clear advantage over the PS4 Pro.

To me, it comes down to this — Do you own a HDR certified 4KTV? If you do, then there’s a good chance you’ve never really been able to take advantage of it. Streaming 4K content is still a difficult proposition for most given bandwidth limitations, and if you have an UHD Blu-Ray player, the discs are still very expensive. Gaming represents the easiest way to actually show off that new television you just dropped a bunch of money on, and the PS4 Pro has very few games that play in true 4K since most of the big titles run at a enhanced-but-not-quite-4K resolution or use checkerboarding techniques to fake it. The X, on the other hand, is running numerous titles at full 2160p while also offering graphical enhancements.

So, if you were going to only buy one of the 4K machines, which should you go with? The PS4 clearly has the edge when it comes to exclusives — particularly with Japanese titles — and anyone besides resolution snobs will see the 1440p available on most PS4 Pro titles and call it good enough. That said, my biggest reason for primarily playing my PS4 while my Xbox One S collected dust was its superiority in the quality of multiplatform releases. This is now completely reversed. The Xbox One X will now be the primary place for me to play anything put out by third party developers, and that’s a huge chunk of the market.

Also, the lack of a UHD Blu-Ray player on the PS4 Pro continues to be one of the more confounding decisions a console manufacturer has ever made considering Sony created the Blu-Ray format. With the Xbox One having a VLC app in the marketplace, it’s also now the clear-cut option for anyone looking to use it as a media device. Granted, the PS4 Pro is $100 cheaper, but let’s face it, anyone reading this who has a top-of-the-line 4KTV isn’t gonna think too much about an extra Benjamin. On top of being a spectacular gaming machine, Microsoft may have finally achieved its goal of the Xbox One being the premier all-in-one media box that their board of directors have dreamed about for years. It’s certainly a impressive piece of hardware if you have the prerequisite TV to go with it. 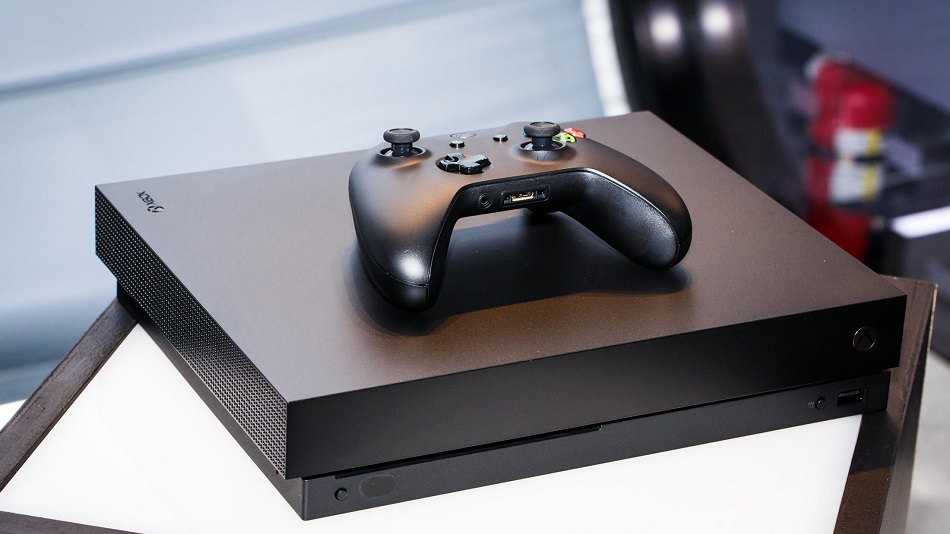 The Xbox One has had a weird evolution to say the least. They never recovered from their pre-owned games debacle even after the retraction. The Kinect went from being mandatory to being forgotten. The first party software support has been whittled down to essentially three core franchises, none of which have reached the highs of their predecessors. This is the third redesign the console has had in four years, and the UI seems as though it’s had an endless series of nonstop makeovers.

However, despite the messiness since launch, I think the X may represent a real turning point in Microsoft’s fortunes. From a hardware perspective, they’ve clearly put some distance between themselves and Sony, and it’s hard to imagine the possibility of new consoles until 2020 at the earliest. However, history has repeatedly shown that hardware isn’t everything — the consoles with the best third-party support win the war every time. After their poor start, Microsoft now has an opportunity to make up some ground on Sony if they can convince publishers to take advantage of their impressive new specs. The early returns are promising, and I’m anxious to see what a game taking full advantage of this power can achieve.

If Microsoft comes out with some heavy hitters and gains momentum, Sony should be worried.