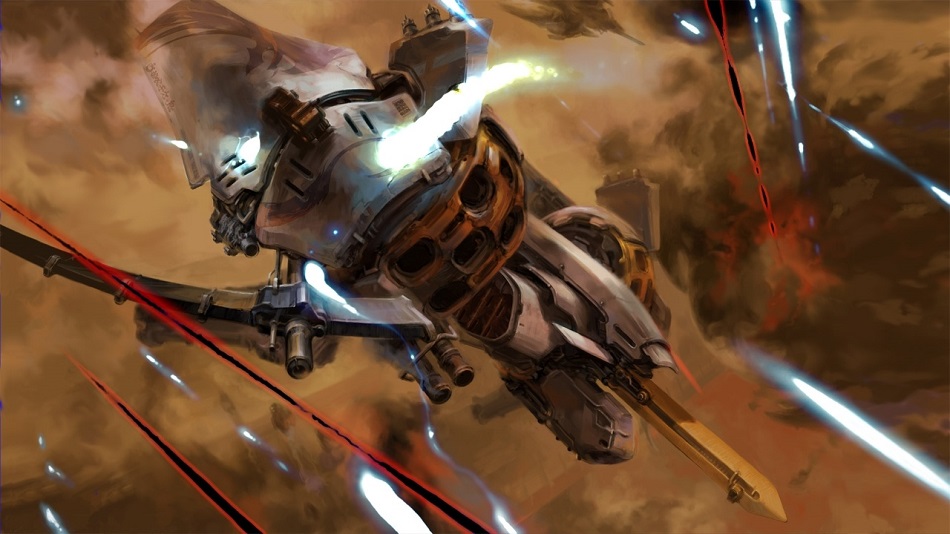 LOW Kinda wish the Switch had 4K support to take full advantage of my TV.

Ikaruga is a perfect ten.

What does that even mean? It’s a surprisingly subjective term considering its objective intentions, and every website has a different interpretation of what is and isn’t ‘perfect’. My definition was always rather simple — If there’s absolutely nothing I would change, than it’s perfect. That said, tens don’t have to be perfect, and being perfect doesn’t guarantee a ten.

Super Mario Odyssey, for example, is a game I would call perfect, but it’s not a ten in my book because I found its astounding polish almost mundane. On the other hand, Metal Gear Solid 4 is a bloated, pretentious, self-indulgent, obtuse mess of a game, but it’s also utterly fascinating and shines to sheer audaciousness and its ability to somehow tie up every loose end of the most convoluted saga in the history of gaming. So, to rank at the top for me there’s gotta be more. It has to be revolutionary, clearly ahead of its peers in every regard, and have a lasting impact on the entire medium. Ikaruga passes this criteria with flying colors.

In 2001, Ikaruga took a genre on life support outside of Japanese arcades and achieved worldwide acclaim. As a wise man once said, “the beauty of this plan is its simplicity”, and when other vertical shooters were busy trying to cram themselves with as many ships, weapons, upgrades, and bullets on screen as possible, the folks at Treasure took one ship with two attacks and added the concept of polarity tied to color to create the videogame equivalent of Russian ballet.

I’m even hesitant to call Ikaruga a ‘bullet hell’ shooter because compared to other entries in the sub-genre, there really aren’t that many bullets. No, while it’s a vertical scrolling shooter a la Raiden or 1942, the thing that differentiates it from others is the ship’s ability to harmlessly absorb bullets of the same color, and then having the ability to switch colors as needed. This twist allows the player to traverse a seemingly endless wave of enemy fire, and shooting an enemy of the opposite color will deal double damage. Weaving through each level while switching colors and slowly building up a charge to unleash a barrage of lasers is immensely satisfying, and helps explain why it’s so infinitely replayable. 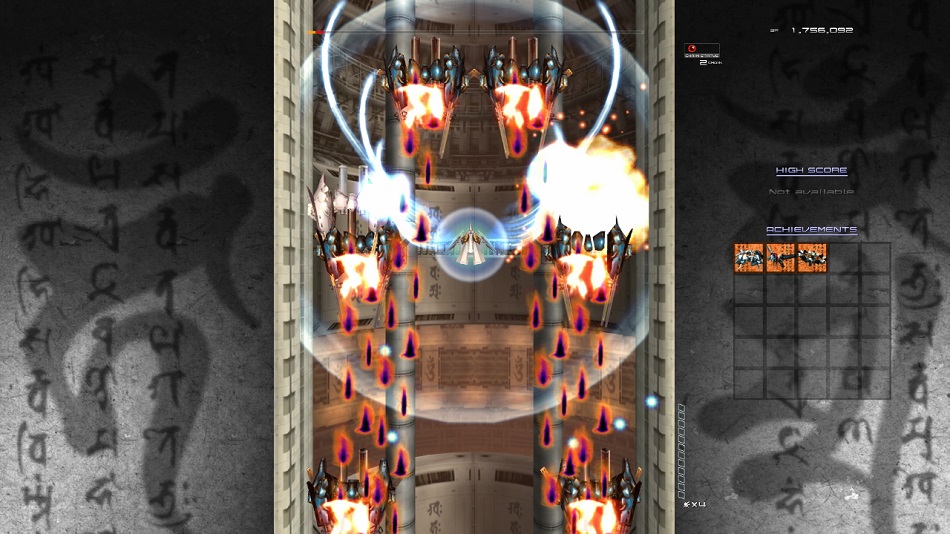 …And replay it the player will, as its legendary reputation for difficulty is well-earned. Ikaruga is soul-crushingly hard but incredibly welcoming. I never got stuck, as each playthrough got me at least slightly closer to the conclusion while I learned patterns and got better at learning the important lesson of when not to shoot ’em up. For those who need a little extra help, there is an easy mode that eliminates bullets being fired back to the player when destroying a ship of the same color, and the Switch version removes the need to unlock additional credits (think ‘arcade’ here) by seeing the game over screen multiple times, so this marks the most accessible version of Ikaruga to date.

Interestingly, it’s a game so damn great that it actually wasn’t revolutionary — almost as if other shmup developers were afraid to iterate on the ideas because they knew they’d never make one this expertly crafted. With that said, Ikaruga’s impact on gaming, specifically on the western market, is still felt today. Every single localized shmup on consoles or steam owes a debt of gratitude to Ikaruga’s success in the west, because without it, the genre would be about as popular in America as Mahjongg is.

The work here exudes confidence thanks to being lovingly produced by the best shmup developers on the planet. The best part of all? This newly-released switch version has instantly become the definitive version due to its ability to do this: 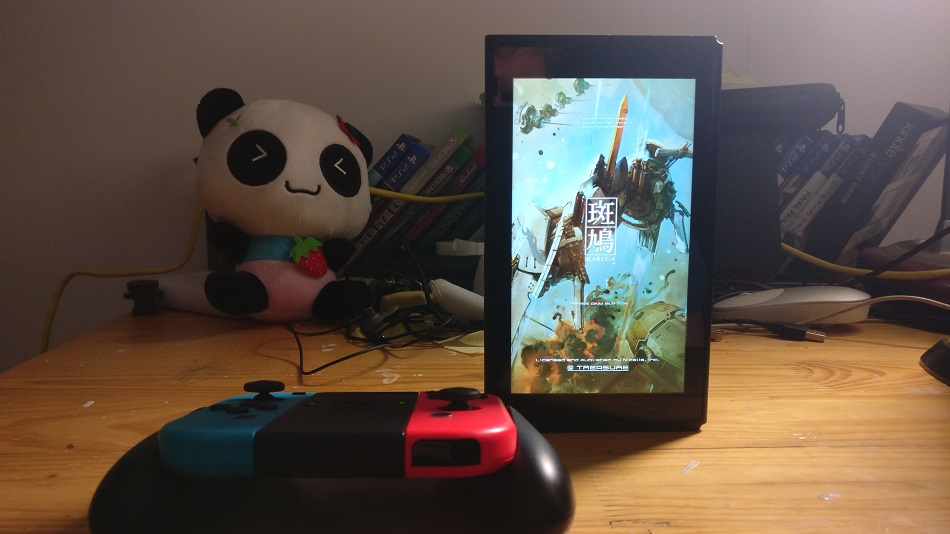 In the Shmup world, we call this ‘tate mode’, which derives from the Japanese word for ‘vertical’. Shmups are usually played on a screen more narrow than most other arcade games, which leads to a reversed letterboxing when playing at home. Tate mode lets someone flip the perspective 90 degrees so that serious fans (or lunatics, if you prefer) can prop their TV or monitor on its side and play a bigscreen version of their favorite titles at the intended ratio. I assume that most people reading this will probably never tilt a TV on its side to do this, but with the Switch it becomes easier than ever to properly fit a shmup onscreen.

Add to this the flawless nature of the port, and Ikaruga on Switch is the best way to play a game that’s aged like a fine whiskey but still kicks like a bottle of old crow.

In the last fifteen years, I’ve purchased this game four times, and happily agreed to acquire it again for a fifth. Find me another game that can still fill me with sheer elation after conquering it for the fifteenth time, and I’ll tell you that it’s not possible because one doesn’t exist. Ikaruga is a flagship title that’s been cherished for nearly two decades, and will continue to be relevant for many, many more. There’s no better way to spend money in the e-Shop. Rating: 10 out of 10

Disclosures: This game is developed by Treasure and published by Nicalis. The game is now available on the Switch, Xbox 360 and PC. This copy of the game was obtained via publisher and reviewed on the Switch. Approximately 5 hours were spent in the campaign, and the game was completed twice. There is a two-player offline cooperative option.

Parents: According to the ESRB, this game is rated E and contains Fantasy Violence. Parents shall find no objectionable content here, and should be very comfortable giving this game to their children as a proper rite of passage at an important age in their lives.

Colorblind modes: There are no colorblind modes available in the options, and the HUD can be enlarged to increase the size of the text. The bullets are white with a blue tint and black with a purple tint.

Deaf & Hard of Hearing Gamers: This one is tricky. For the most part there are no necessary audio cues, but given how frantic the action on-screen is, I found the audible ‘energy max’ informing the player their super move was available to be useful. However, the location of the charge bar can be changed in the menu to better suit an individual’s needs. Other than that, there shouldn’t be any trouble. 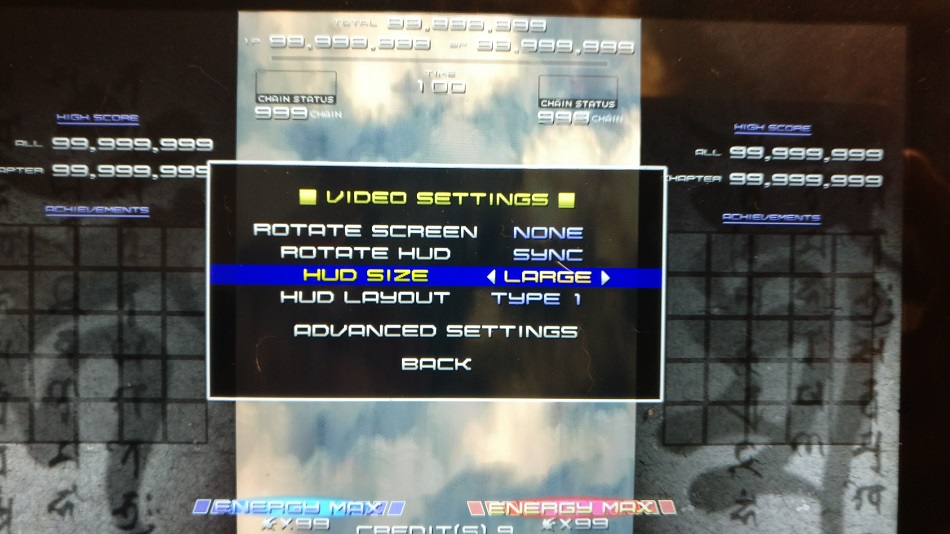 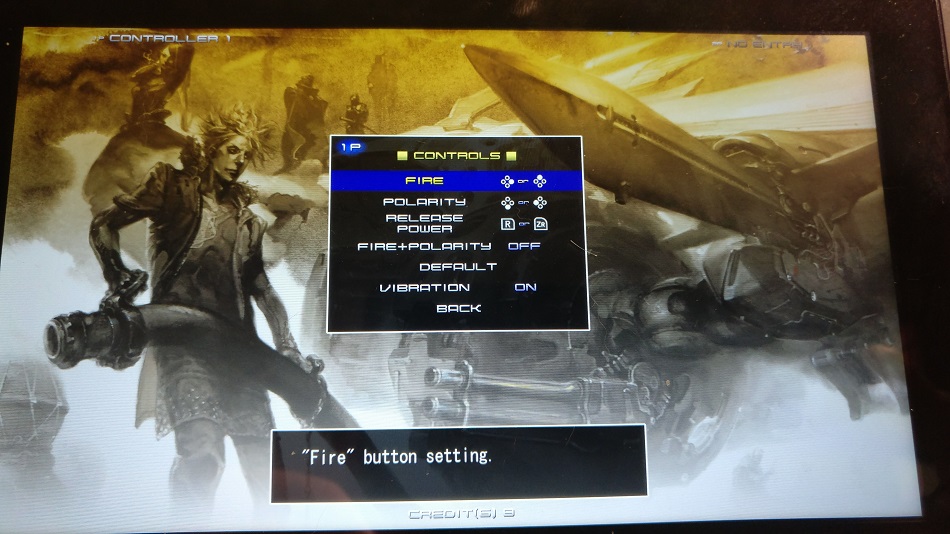 Jarrod has been lucky enough to be a contributor to GameCritics since 2016. In his earlier years, he flamed out of games writing after the freelance checks for $80 weren't cutting the mustard, and he appreciates being able to do his thing at a place like this in its purest form.

I love the concept of Ikaruga and spent many hours playing the game when it was released for GameCube. Just wish I was better at the game!

Since my skills are a little lacking, I will probably pass, but am glad to see the vertical orientation is so easy to accomplish with the Switch. That alone is almost enough for me to re-buy this game. Almost.