As Cool As A Lamborghini. About As Practical. 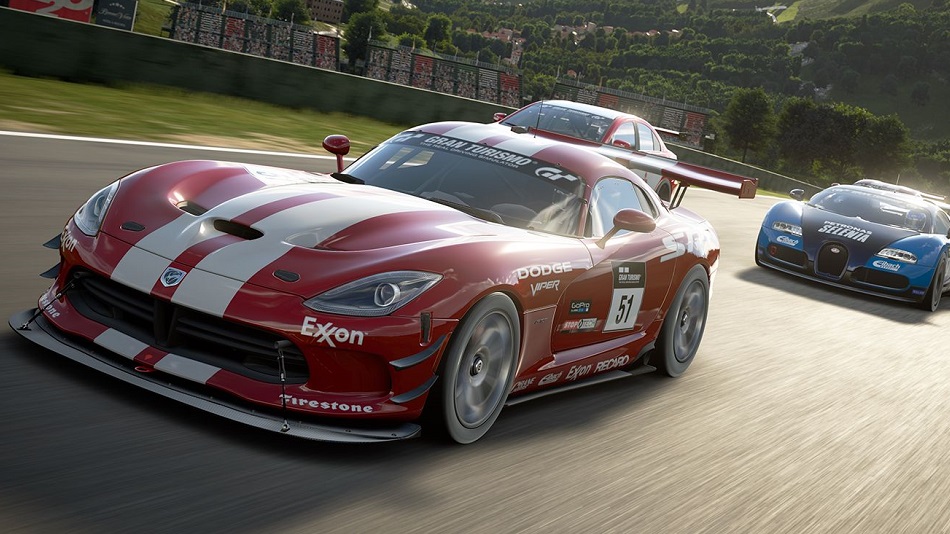 LOW Pretty much everything else for anyone not interested in it.

WTF Seeing a screen reminding me how Windows gained massive popularity in 1995.

This review is a wrap-up of our original thoughts of Gran Turismo: Sport. For a more complete breakdown on the game’s features and other points to consider, please read that coverage here.

I left my initial time with Gran Turismo: Sport a tad bewildered. In fact, I was so bewildered that I never had the opportunity to appreciate just how excellent the actual racing is. Polyphony Digital is notoriously meticulous when it comes to handling characteristics of each car, and it shows. Every ride in Sport feels different, and it’s particularly noticeable in models with abnormally high acceleration. It takes real strategy and practice to tackle every kind of ride in this game, which the player will need to do if they hope to compete in the GT Championship.

This championship is the main event in Sport, and it recently started its ‘pre-season’,  allowing us to glimpse what will be a year-long circuit championship with players from all over the world competing for points and an actual trophy presented by the FIA at the end of it. It’s about as serious an online mode as I’ve ever encountered in a triple-A product, and it will be fascinating to follow over the next year, even if I have very little interest in competing. (My horrendous finishes in the first circuit didn’t help matters).

If this sounds appealing, then be prepared to commit to it. Anyone who wants to compete at a high level in Gran Turismo Sport better be willing to carve out four hours per weekend for months to compete in the scheduled championship events. To me, this seems like something that would only be appealing to crazy people, but there are plenty of crazy people out there, and many of them like simulation racers. Sport could easily be called Gran Turismo: E-Sport, because that’s really what this game is, and who it’s tailored for.

If anything, releasing this as a full-fledged $60 title with the Gran Turismo moniker on it may have been a disservice, as that pedigree and the expectations that come with it seem like a poor fit for a project that seems completely disinterested in appeasing most of the fans who’ve enjoyed it in the past. People may have the perception that the series is ‘extreme’, but all kinds of people play Gran Turismo. Hell, my dad loves Gran Turismo, and he plays one game (maybe) every four years that doesn’t have ‘PGA‘ on the box, so he was bummed out when I told him not to touch Sport with a ten foot pole. It’s a product that will likely bounce off 90% of players who might buy it based on its lineage.

At least it still feels like Gran Turismo. As a franchise, it’s always been seen as a tad pompous, and in the face of Forza 7 changing their presentation to better fit the market (to its detriment, in my opinion) Sport has doubled down. This is the videogame equivalent of sitting in a mahogany chair at a Connecticut estate with a brandy snifter in one hand and a copy of the New Yorker in the other. It’s completely unconcerned with what the gaming community at large may think of it. 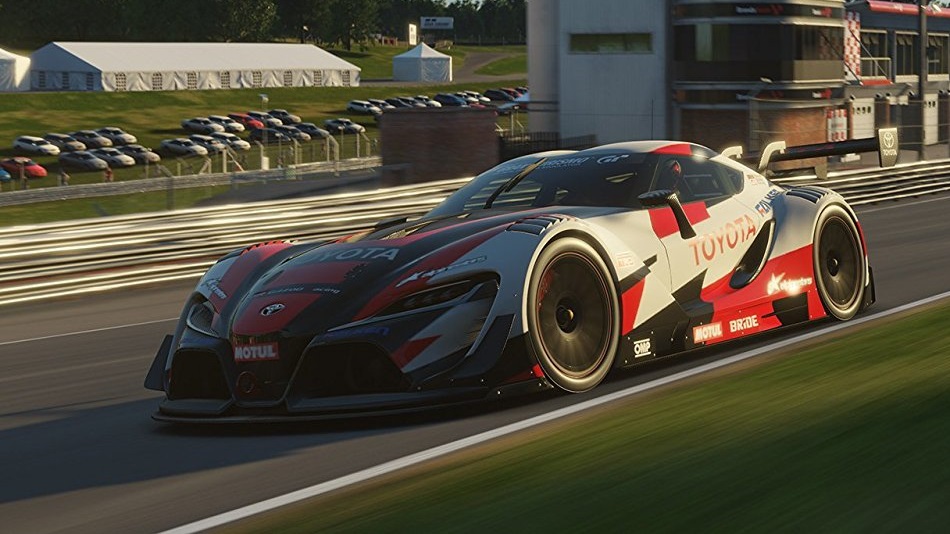 As an example, people have been complaining about the mouse-based menus for years now, and they’re apparently here to stay. Also, when the game stays idle, it will flash fun facts about random bits of history, such as Mark Mcgwire hitting 70 home runs in 1998 of all things. The style of Gran Turismo is entirely its own — smooth jazz included — and while it’s weird and obtuse, it’s also distinct. Again, this game is not for everyone, and for the people that it isn’t for, I don’t think Polyphony Digital particularly cares.

The pretentious nature of the series carries through to the graphics. This game has the ability to look absolutely astonishing… If played on an HDR-certified 4KTV and a PS4 Pro. And if so, hot damn is it pretty. In my experience, HDR has been a more significant graphical jump than 4K, and GT: Sport is the game that proves it. Sunsets have never been more orange, grass has never been more green, and skies have never been more blue. Now, for all the folks on a normal PS4 and a regular TV, it’s not nearly as impressive. The cars are still amazingly detailed, but the tracks are flat and offer little pizzazz.

At the end of my preliminary Sport piece, I said the championship series was going to make or break the entire experience, and now after test-driving the pre season race, I’m left wondering if the answer is, in fact, both of those extremes.

Make no mistake, this game will have an audience. hardcore fans of the genre are going to love the strict rules associated with online play and the months-long points chase. I am not one of these people, and while I don’t see myself ever touching this game again, I am able to appreciate it. If nothing else, GTS is a wonderfully weird product entirely committed to a core idea and seems willing to sacrifice much of its audience to do something revolutionary in the sim racing genre. If the first pre-season event is any indication, it will be a success from that perspective.

The real problem will be the expectations that millions of Gran Turismo fans bring. The vast majority who are going to buy this game aren’t the kind who’ll be reading this cautionary review, nor any other gaming publication for that matter. I imagine there’ll be a great deal of people strolling through a Wal-Mart, they’ll see a new Gran Turismo on the shelf, take it home, and then be completely dumbfounded by this barebones, obtuse, restrictive package. Those people are going to be profoundly disappointed by Sport, and I’m guessing so will most of the others who buy it thanks to the level of commitment necessary to get the most out of it. The people who go all-in will adore it, but the rest will be left in the dust. Rating: 6.5 out of 10

Disclosures: This game is developed by Polyphony Digital and published by Sony. The game is available only on the Playstation 4. This copy of the game was obtained via the publisher. Approximately 25 hours were spent playing through most of the career mode and online racing.

Parents: According to the ESRB, this game is rated E, features zero objectionable content whatsoever, and would be a very safe purchase for concerned parents.

Deaf & Hard of Hearing Gamers: The game has no narrative and any needed information is displayed via text. Anyone with hearing issues shouldn’t have a problem playing this title.

Colorblind Modes: There are no colorblind options.