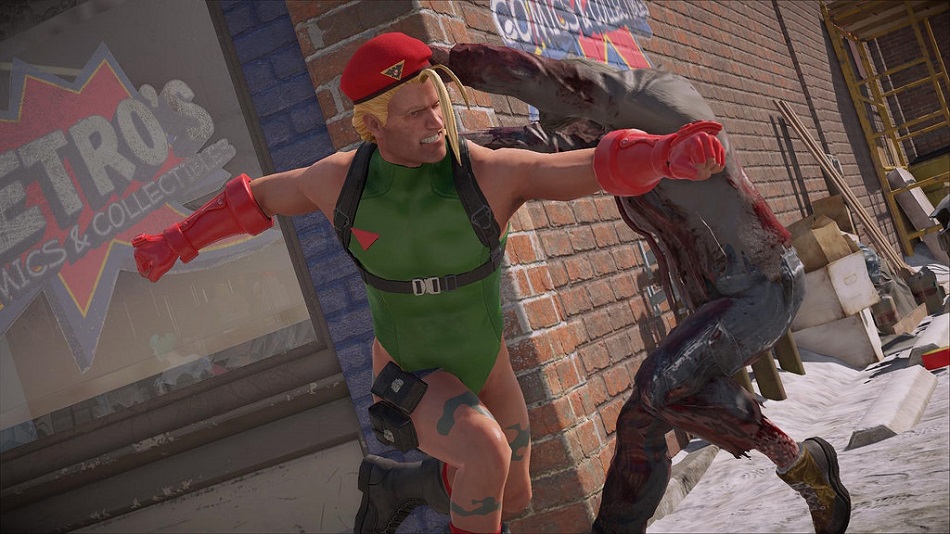 LOW They’ve taken out some of what made Dead Rising unique.

WTF In a weird way, I finally got a new Viewtiful Joe game!

Timed exclusives are becoming a larger part of Microsoft’s strategy, but for those who don’t own an Xbox One or play on PC, it’s an improvement over the permanent exclusives of old that formerly locked them out. While it must be frustrating for fans of certain franchises to see something like Tomb Raider only on Xbox for a year, their patience pays off because the PS4 versions are generally better and more complete. Now that twelve months have passed since its initial release, PS4 players can now get their hands on Dead Rising 4: Frank’s Big Package.

The name is appropriate here, because it certainly is big. Right out of the box players will get the original campaign with all of the DLC costumes, weapons, extra difficulty modes, various store-exclusive pre-order incentives, the Case West DLC expansion, the co-op multiplayer, and an entirely new way to play. For $50, it’s a great deal and features a hell of a lot more content than the average 8-hour singleplayer title. There’s even a zombie-themed minigolf mode thrown in for good measure.

Dan reviewed the original version on Xbox One earlier this year, and anyone wanting a more comprehensive view of the core content should head over here to read it. I’m generally in agreement with his thoughts on how well Capcom Vancouver cut out the BS associated with the series in favor of a tighter, more straightforward approach to zombie genocide. However, I feel something has been lost with the removal of the time limit mechanic, although it does make a brief appearance in endgame. 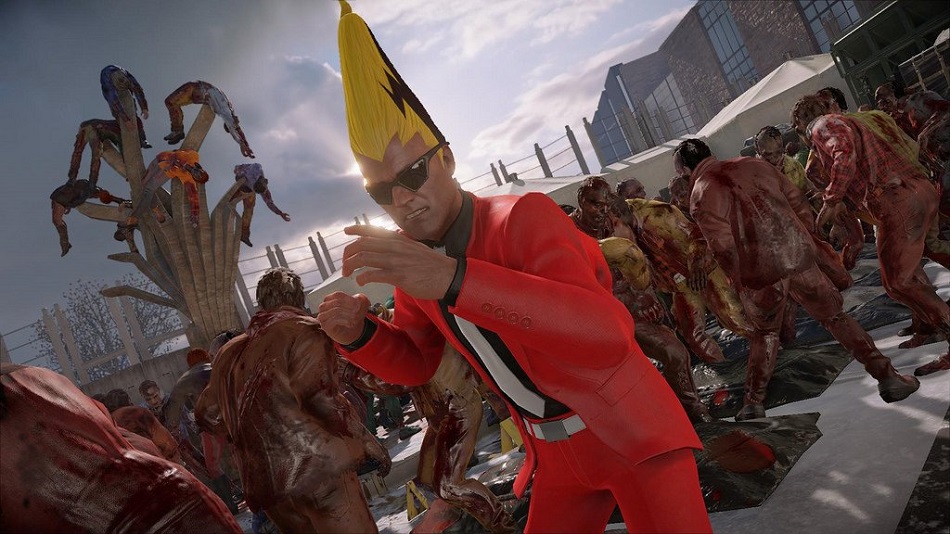 The original Dead Rising from 2006 is a title a lot of people (including myself) have fond memories of, which is interesting because it’s an objectively terrible experience with frustrating, borderline broken mechanics. That said, there was a certain charm in its brokenness, and frantically running around the mall while hoarding orange juice and having to start the game over and over and over again because of missed events on the in-game clock made it memorable. In every DR installment since then, Capcom has made the timer less and less of a hindrance, culminating in it being effectively removed from Dead Rising 4.

While that’s disappointing for the masochist in me, it fits the devil-may-care attitude DR has for damn near everything. For example, Daniel bemoaned the script moving away from the more interesting aspects of the story, but as someone who’s grown tired of the same tropes in every piece of zombie fiction, I liked the lighter tone of the narrative. Particularly, I love the worthless, stupid schlub that Frank West has become, and this unlikable-yet-still-lovable loser kept me entertained throughout.

In terms of new content, the biggest addition to Frank’s Big Package is Capcom Heroes mode. It’s essentially a retooled version of the original that strips out the familiar makeshift weapons and exchanges them for a wide assortment of Capcom-centric costumes, and I do mean a wide assortment. I certainly wasn’t expecting an official appearance from Sissel of Ghost Trick: Phantom Detective, and both Dante from Devil May Cry and Mega Man are included, among many, many others. Testing out the crazy variety of moves at the player’s disposal offers an exciting (and ridiculous) way to explore the world. It’s a little monotonous at times since the player doesn’t have the convenience of picking up whatever catches their eye as a weapon, but just as using one character grows tired, a new costume unlocks with even more more to use. 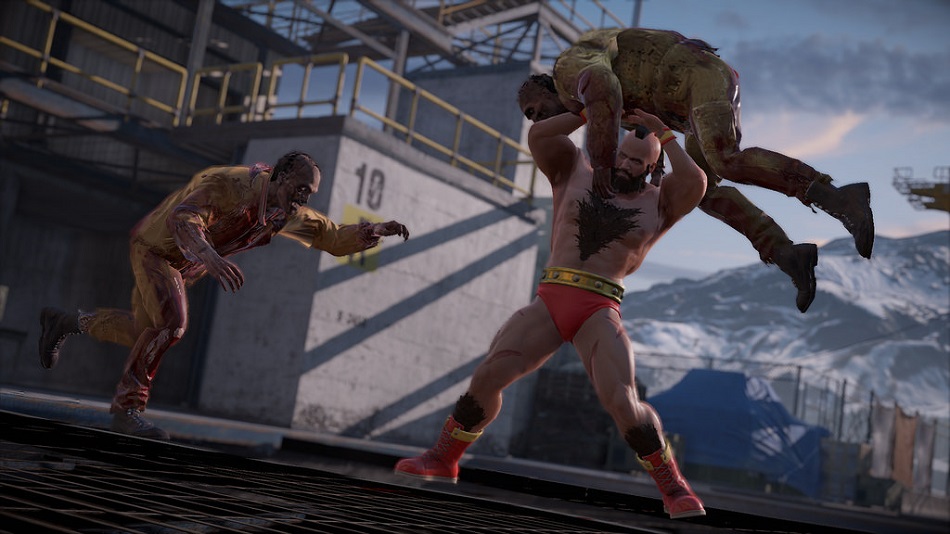 To their credit, the devs didn’t toss this mode in as a one-off joke. Each character controls differently and features the appropriate attacks, and the campaign has been completely redesigned with these in mind. And hey, let’s face it — since Viewtiful Joe is an option, why roll with anything else?

Dead Rising 4 is a blissfully stupid good time, and as Dan stated in his review, it’s an incredibly focused experience with clear ideas about what it wants to accomplish. While this iteration removes one of the big things that made Dead Rising what it was (to me, anyway) the team at Capcom Vancouver make up for it by delivering satisfying zombie slaughter couched in a dopey, humorous world that fits the series’ core ideals. For newcomers or those who waited for it to hit PS4, Frank’s Big Package represents a fantastic opportunity to jump in and experience everything Dead Rising 4 has to offer, making the extra year of waiting well worthwhile. Rating: 8.5 out of 10

Disclosures: This game is developed by Capcom Vancouver and published by Capcom. This particular version of the game is available on PS4, but the original was previously released on Xbox One and PC. This copy of the game was obtained via publisher and reviewed on the PlayStation 4. Approximately 9 hours were spent playing the single player, and the game was completed. An additional 5 hours were spent playing around with the various other modes and options.

Parents: According to the ESRB, this game is rated M for Blood and Gore, Intense Violence, and Strong Language. They do not list the high amount of alcohol usage, but that’s in the game too. Obviously this game isn’t for kids, but it’s hardly disturbing. An older teen with cool parents shouldn’t be too traumatized from it.

Deaf & Hard of Hearing Gamers: The game features subtitles for the cutscenes, and there are no necessary audio cues. There shouldn’t be any problems.

Remappable Controls: While the game’s controls are not completely remappable, there are six available presets.