On The Verge Again 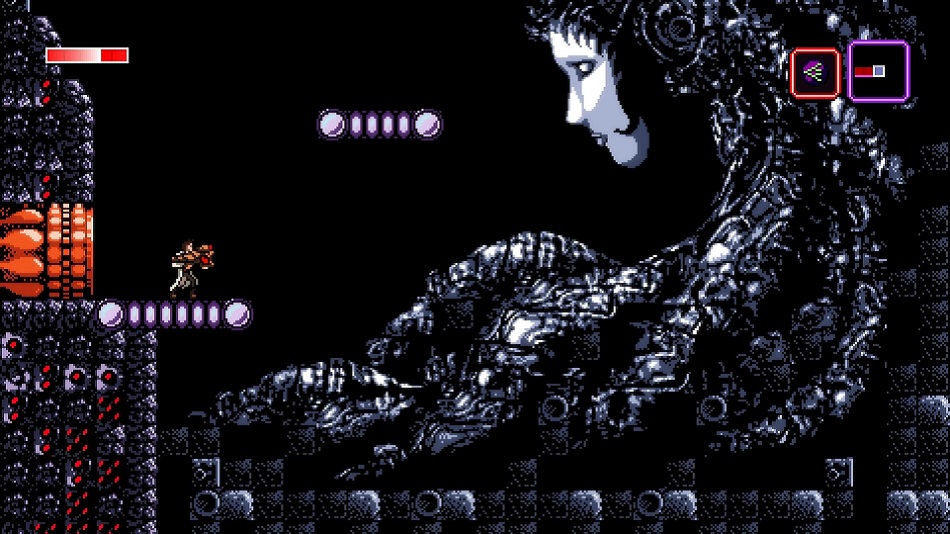 HIGH Yo, it’s Axiom Verge on the TV or on the go.

LOW $20 may be a tad high for a two-year old game with no extras that’s on sale all the time.

WTF One guy made every aspect of it. I am clearly inferior to this man.

Backlogs sure are a kick in the teeth, right?

Everybody has their own pile of shame, and we all tell ourselves we’ll get to them eventually. Due to a combination of selling off my entire game collection, general fatigue with the Metroidvania genre and moving to Vietnam, Axiom Verge was one of those aww shucks, I really wanna get to that titles as the April 2015 release notched acclaim from fans and press alike. When things got less hectic, I was able to pick it up a year later and found myself enthralled with a supremely well-designed, inventive title that filled the nostalgia cup.

Thomas Happ, who made the entire game on his own, has ported Axiom Verge to nearly every modern gaming device, and its new home on the Nintendo Switch may be the best fit for the game yet.

We here at GameCritics took a look at Axiom Verge back in 2015, and I find myself in general agreement with the original review. As stated previously, the game is a wonderful throwback with the most obvious comparison being Metroid. Taking the role of a possibly-dead-but-who-really-knows scientist named Trace, players will maneuver around a huge open world and collect a wide variety of weapons and tools that help defeat increasingly-difficult opponents while also slowly unlocking new paths of exploration. So, for a full top-to-bottom review, hit the link up there and then come back so I can point out a few things that make this game awesome. 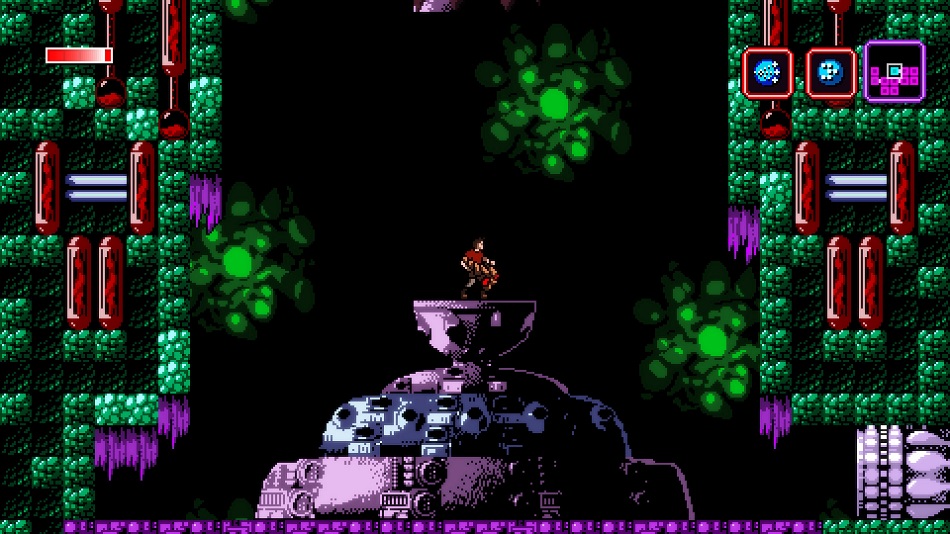 Primarily, it’s the weapons. They’re incredibly varied and allow the player multiple paths to success in enemy encounters. Most people will latch onto a couple (I personally rolled with the Kilver, which is essentially the shotgun from Metal Slug but with lightning) but every weapon serves multiple purposes and will be useful when scouring the map for countless amounts of well-hidden-but-not-unattainable secrets and upgrades. Exploration here is highly enjoyable, and not the chore that it is in other games of this ilk.

I also adore the vibe. Axiom Verge is unnerving thanks to some grotesque creatures making dreadful screeches, the foreboding atmosphere, and a truly outstanding soundtrack that fits the nature of the game while also providing good, thumping beats to keep the player going through tough combat sections.

The original reviewer seemed to find the story and script rather hokey, but outside of some dialogue that may have needed a second pass, I found myself constantly intrigued and wondering just what the hell was really going on in this world. Like the secrets and exploration, Axiom Verge‘s reveals also come through gameplay — Trace will acquire the ability to ‘hack’ the world in order to decipher certain things. It’s a neat effect that fits the themes while also contributing to the exploration.

As for this particular version of the game, don’t expect any new content. It’s Axiom Verge on the Switch, so the main new feature is the new platform. Vita owners already know this, but it makes for a great portable game, with numerous save points meaning that a player never needs to worry about finding a good place to stop. For collectors, a physical “Multiverse Edition” will be shipping with an art book, documentary, and a poster. However, heads up that it comes out November 21st — well over a month after the digital release reviewed here.

Putting the lack of new content aside, Axiom Verge is just as good now as it was in 2015, and it also pulls off the rare feat of being incredibly imaginative while also paying obvious homage to its inspiration. Thomas Happ clearly loves Metroid a whole lot, but his outstanding art design and musical talents keep the game he spent five years of his life on from feeling like a knockoff. Anyone with a Switch who hasn’t played Axiom Verge yet will find a polished adventure that would be a great addition to their library — just don’t leave it in the backlog pile. Rating: 8.5 out of 10

Disclosures: This game is developed and published by Thomas Happ Games. It is new to the Switch, but is also available on the PS4, Xbox One, Wii U, Vita, and Steam. This copy of the game was obtained via publisher and reviewed on the Nintendo Switch. Approximately 3 hours of play were devoted to the game. The 12-15 hour game was completed previously by the reviewer on another platform, and the time spent with the Switch version was to check for technical competence. There are no multiplayer modes.

Parents: According to the ESRB, this game is rated E10+ for Fantasy Violence and Mild Language. While there is no truly objectionable content, the unnerving nature of the world and story may be a little much for younger players

Deaf & Hard of Hearing Gamers: The story is told entirely through text and there are no audio cues. It’s fully accessible.

Remappable Controls: This game’s controls are not remappable