The finest vacuum simulation on the market. 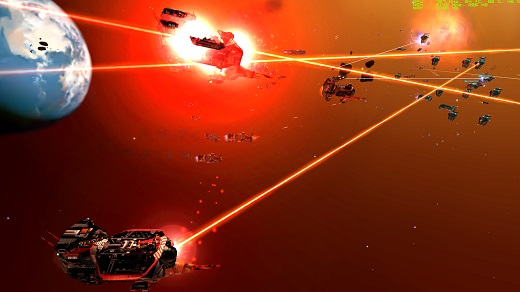 HIGH A gorgeous update with indelible gameplay for new and old fans alike.

LOW Navigating 3D space is cumbersome and difficult to master.

WTF Absolute blackness and depth of space might induce an existential crisis.

The Homeworld Remastered Collection is the type of game to inspire grand opening paragraphs on the sublime effect of the cosmos—the sort of thing that makes one imagine the infinite void of space as a brain-sucking vacuum in which all life is suspended, or to see planets as enormous spherical petri dishes housing gooey walking things.

While clichéd, this tone still does its terrible work. There's a cold, bleak aesthetic permeating everything in Homeworld, and angular grey ships housing hundreds of thousands of frozen people quickly scale to dust motes against gaping backdrops of cosmic confusion. It's all very pretty to look at, stirring the kind of emotions I most closely associate with observing landscapes from a mountaintop—a fist in the stomach, and a symphony in the heart.

In other words, Homeworld makes me feel very, very small.

At their core, Homeworld and Homeworld 2 (both included in this collection) aren't much different. They're built upon the foundations of most early strategy games: collect resources, amass an army, protect and destroy as necessary. What differs is a sense of persistence. Units carry over to the next mission, so stripping a given scenario of everything it can give is generally a good idea, especially when the next leap from hyperdrive is preceded by a welcoming party of big, lasery death hugs.

Both games do a nice job of avoiding a lazy difficulty curve. Rather than throwing more at the player, they instead mix up the scenarios and force the player to dig into their existing and potential arsenal to reevaluate how certain units can be used in conjunction. There's plenty of room to experiment here, and it's likely the player won't have much say in whether they want to participate in the process because Homeworld isn't easy.

Most missions are a struggle against resource allocation, insular communication, against creeping panic, and also asteroids. Each game lost was my own doing, usually due to a lack of insight regarding the systems at play or because I was fumbling with the camera. Regardless, every failure highlighted the likelihood of success for the poor migrants under my control, illustrating a web of alternate realities in which only one is victory.

Uncommon for most RTS games, Homeworld requires a fair amount of dexterity to succeed. The camera isn't locked into an isometric angle, but instead grants the ability to move around in 3D. As such, units can and must utilize this space, and despite a fairly traditional set of keyboard controls, mastering the battlefield can get a bit hairy. A long stumble out of the gate is nearly guaranteed.

As for the multiplayer, it's there, albeit in beta. I know I'm not great at the game, even after both campaigns, so my short time in multi was met with assured defeat. However, the core systems remain intact and it's competent, for sure.

Gearbox's work here is a conglomeration of overwhelming prospects: two fifteen-plus hour campaigns, sublime art and performance, haunting music and minimalist sound design, and two narratives about reclamation and persistence against all odds. I barely remember these games when they came out and I can't tell how well the remaster's nostalgia factor will fare, but the games are there, they look spectacular, and they play just as well. Had "Remastered" not been in the title, I would have never guessed these were faithful recreations of games well into their teens.

Homeworld Remastered Collection is a huge proposition, an indelible package, and it deserves to remain a towering monolith in the RTS game canon as long as possible… And now, I think that maybe it's not so bad feeling tiny. Rating: 9 out of 10.

Parents: According to the ESRB, this game contains: fantasy violence and suggestive themes. Plenty of ships explode with the occasional wail of despair. All violence between humans is suggestive, as ships are the primary objects depicted. On occasion, a character is portrayed in a way that suggests she is naked, but no explicit nudity is ever shown. 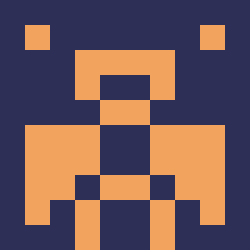