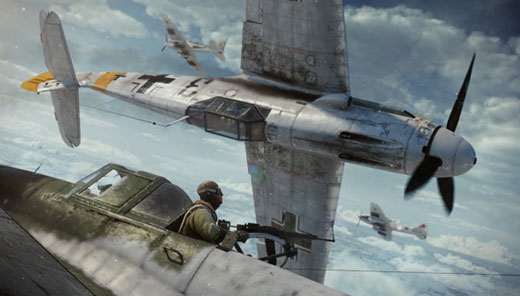 IL-2 Sturmovik: Battle of Stalingrad falls firmly in the latter's camp. Russian-based studio 1C Games is looking to recreate one of the largest air conflicts of World War II, down to the smallest detail while also trying to overcome the difficulties they had with Battle of Stalingrad's predecessor, Cliffs of Dover. From take-off to landing in meticulously replicated cockpits, 1C Games takes pride in staying as true to reality as possible.

Battle of Stalingrad models every stick, knob, button, panel, and gauge from ten different aircraft that flew over the eponymous city from 1942 to 1943. Their commitment to accuracy is so great that if it was never used in that theater, it isn't to be found here. The lines of battle change accordingly, month after month, and each mission mirrors what actions would have been taken by the Russians at that time. The developers even consulted with real pilots to make sure everything handled correctly, including a 90-year old combat veteran who flew in the Battle of Stalingrad himself when he was only 17. The development team went to great lengths to make sure that flying in IL-2 is as close to being in the cockpit as possible. 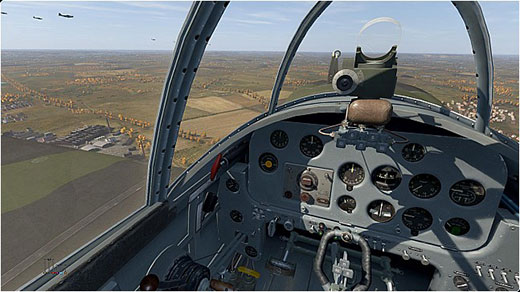 IL-2 also makes sure its AI doesn't cheat the system in an attempt to make the game harder. Everything that a player has to do to get off the ground, the AI must do as well. That includes forcing the computer to have to push every button, twist every knob, and pull every stick required to get into the air. There's no "rubber-banding" to make sure the enemy is always on top of the player, no infinite ammo or fuel, nor any impossible maneuvers that break the physics of the world to make opponents harder to kill. If a human has to do it, so does the ghost in the machine.

The adherence to realism doesn't always work in the player's favor, however. Aircraft will suffer damage from bullets and collisions just like their real-life counterparts would. A lucky shot through the canopy can kill someone just as easily as crashing can. A burst of enemy gunfire might seem to do no damage at first, but the unseen radiator might have taken a hit.

The planes aren't the only thing 1C wanted to make true to the time. Around 48,000 square miles of Stalingrad and its surrounding environment were accurately recreated using pictures taken from the advancing German 6th Army. "The Germans did everything in order, first they would photo something, then they would destroy it," said Producer Albert Zhiltsov. "This is why we have a lot of pictures from World War II and we are able to reconstruct the city building by building."  Even the smaller suburbs and forests were recreated as closely as 1C could make them, giving the city a much needed scale that would otherwise get lost from so high up.

IL-2 Sturmovik is aiming for a September release, and while most games like this would be overshadowed in such a busy fall, fight sim players have very little to salivate over. While it might not have the same buzz as Star Citizen or Elite, IL-2 is still worth keeping an eye on for those looking to dust off their old flight sticks once more.