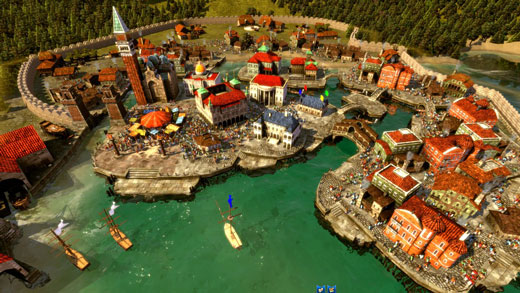 Should I invest in expanding my warehouses, or should I increase the number of ships in my merchant fleet? Do I sell this massive pile of lumber now, or wait for a disaster to drive up prices when people need to rebuild their homes? How much would it take to bribe a city leader instead of following the official channels to establish a branch in a new city?

These are the questions asked in the upcoming Rise of Venice, the next trading sim from those behind Port Royale 3. 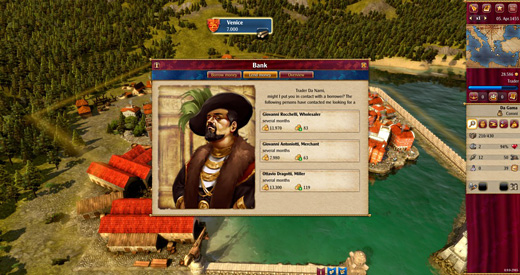 This time around, developer Gaming Minds takes the setting from the Caribbean to the Renaissance-era Mediterranean. During this time the power of the old ruling class was being challenged by up-and-coming mercantile families. Encouraged by the promise of wealth, the status quo was getting pushed aside by these upstarts. Coin, not blood, was quickly becoming what people pledged their allegiance to, and a shadow war of bribes, blackmail, and betrayal was unfolding between the various factions.

Now, the idea of a "trading sim" sounds extremely dull. Last time I checked there wasn't any demand for a Wall Street Hero out there. However, Rise to Venice's story is a bit more intriguing than just wondering when to sell off one's stock in frozen orange juice concentrate. 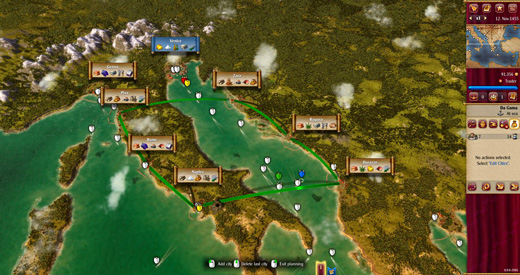 Rise to Venice follows the story of a young man having to lead his family after the sudden death of his father. Investigating the former patriarch's passing, however, uncovers a conspiracy seeking to upset the balance of power in Venice. Seeing an opportunity to not only avenge his father but also increase his own family's influence, the young man sets off to stop those that did him wrong.

Gameplay in Rise of Venice focuses on building a small company in Venice into a massive financial empire that spans the Mediterranean. To help achieve that goal, there are 22 different types of goods to be sold across 25 different cities. From wood to dyes to spices, there's a variety of commodities. Each city has its own prices, and knowing where to buy what is the key to success. 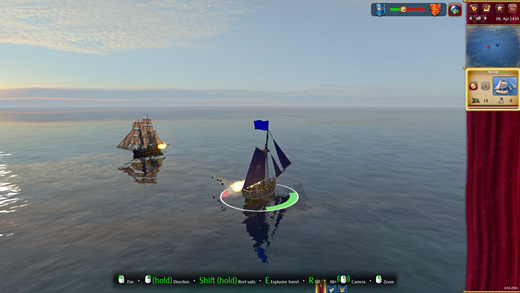 To get those goods across the sea, a fleet is required. Not just a few ships with massive cargo holds, but ones heavily armed to keep pirates and privateers at bay. The Mediterranean is a dangerous place made more so by rival families looking to ruin their competition by any means possible. Piracy isn't uncommon, but a skilled crew can repel almost anything thrown at them. To that end, members of the family can be assigned as captains to each ship to increase its effectiveness.

Brothers, sons, uncles, and in-laws each have their own set of strengths and weaknesses and managing each person efficiently will benefit any fledgling company. Uncle Leonardo might be great at combat, so put him in charge of sailing through pirate-infested seas. In the meantime, brother Michelangelo might be poor at fighting but great at diplomacy, so have him manage a warehouse in a new city to try to influence the local magistrate. Each captain, whether family or not, has their own level up system. Keep them alive and happy long enough and their experience will become invaluable to the organization. 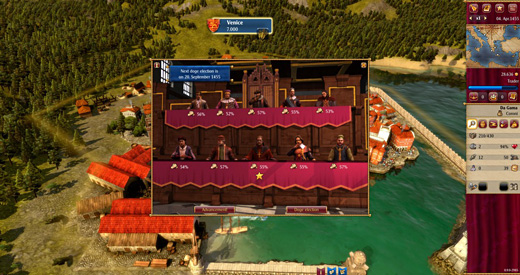 When the story ends, Rise to Venice offers multiplayer with up to four families fighting for control of the Mediterranean. With variable goals and conditions, games can take anywhere from 30 minutes to 30 hours. While the closed economy system is too complex for the casual use of mods, the stock options found in the game offer plenty of ways to spice competitive play up.

Rise of Venice looks friendly enough to allow new players into the genre while keeping the complexities of similar games intact. Fans of Gaming Minds' two previous efforts, Port Royale 3 and Patrician IV should feel right at home. Venice will be welcoming all visitors to its port on PCs come September 27th.


Disclaimer: Preview access to this game was provided at a press event sponsored by the publisher.