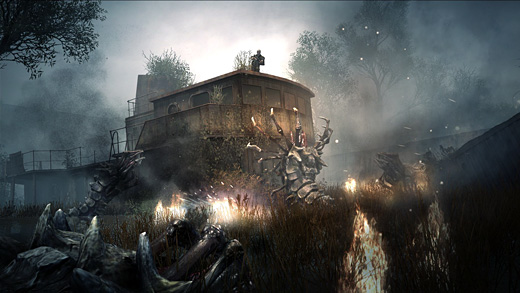 GameCritics was recently invited to take a look at 1C Company's upcoming catalog over the next year. The Moscow-based publisher, most famously known for their IL-2 Sturmovik series of World War II fight sims, showed off some of their other Soviet-tinged games.

First up, Nuclear Union. This title is developer Best Way's take on an alternate history where the Cuban Missile Crisis ended up sparking off another World War which saw the USA destroyed in and the U.S.S.R. emerging victorious at an extreme cost to itself. Taking place in 2012, fifty years after the "Glorious Victory" over the imperialism of the West, the survivors of the atomic holocaust are being pushed by a still-functioning Soviet Politburo to start emerging from fallout shelters to explore and reclaim the irradiated Russian landscape. 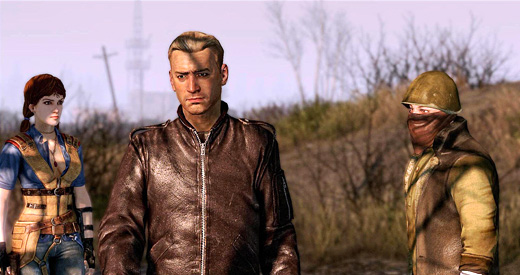 The ravaged wasteland contains far more than the average post-apocalyptic setting would suggest. Along with mutated, carnivorous wildlife and roving gangs of marauders are strange spatial and temporal anomalies. An unfortunate soul stumbling into the wrong place at the wrong time can find themselves freezing to death on a warm, sunny day or spontaneously catching fire as a geyser of flame suddenly shoots up from beneath their feet. These fractures in space and time are almost invisible to the naked eye until someone is all but on top of them, so explorers have to take great care as they make their way across the wasteland. 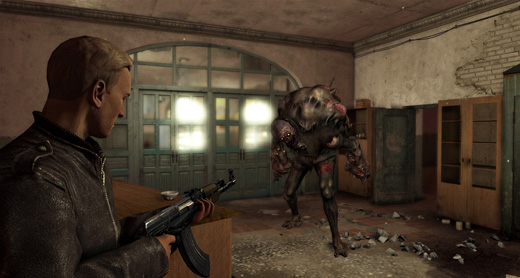 The anomalies in Nuclear Union serve as more than just a clever game mechanic, as protagonist Alexander Lavrin can attest to. A captain in the Red Air Force, Lavrin is teleported from flying a bomber over the USA during the final moments of World War III in 1962 to Russia in 2012 with no recollection as to how he got there. One of his many tasks in this bleak future will be to uncover the mystery behind these rips in the fabric of reality in hopes of finding out what happened to him and why. 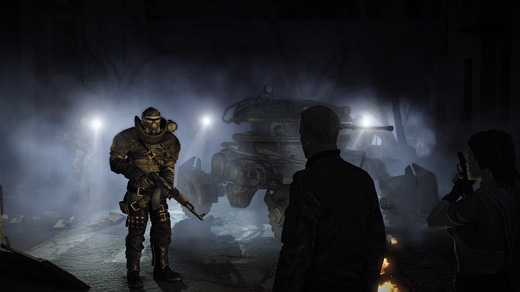 Feeling a lot like S.T.A.L.K.E.R. with a bit of Fallout thrown in for good measure, Nuclear Union tires to capture that same wonder and dread those titles are known for with its fully-explorable open-world. Another similarity to Fallout is that this third-person RPG employs real-time combat with a pause feature to line shots up along a target's critical areas, not unlike V.A.T.S. 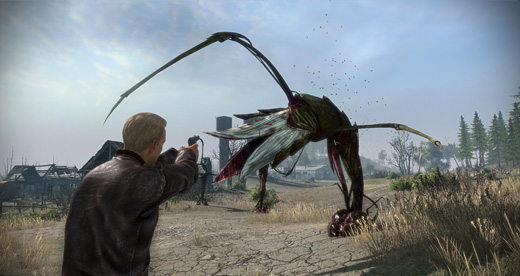 What was shown isn't the prettiest or most polished of games, but that's to be expected with the release still a year away. While Nuclear Union still needs a lot of work to be great, Best Way still has plenty of time for this game to live up to its potential. 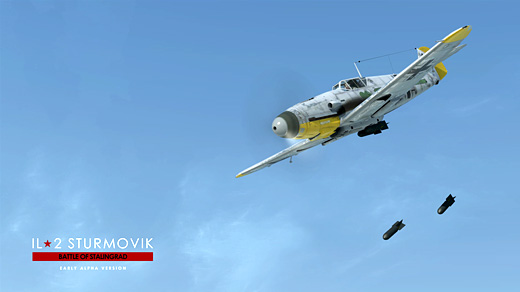 The other major game that we were given a hands-on experience with was IL-2 Sturmovik: Battle of Stalingrad. This time the highly-praised, hyper-realistic World War II flight series sets its sights on the skies over the Battle of Stalingrad, one of the costliest battles between the Soviet and Nazi forces. 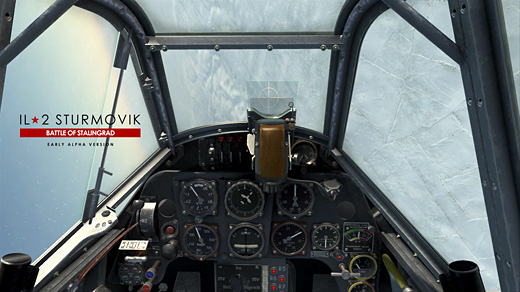 Those familiar with the series know that IL-2 Sturmovik values realism, and Battle of Stalingrad is no different. Each plane has been recreated in faithful detail with vehicles constructed from individual pieces in–game.  Each aircraft was also given its own engine physics to perfectly replicate the look, sound, and control of their real-life counterparts. Anything that could have been used by a pilot in the cockpit is usable here, from the landing gear to the canopy release. 1C was even able to get a hold of recently-declassified blueprints of the featured aircraft, in addition to a consultation from a Red Army pilot who flew at the Battle of Stalingrad in an effort to come as close to possible to real life. 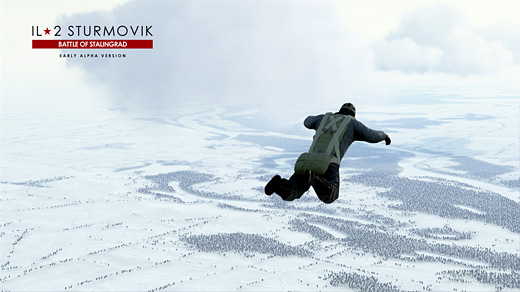 From the dynamic lighting to the accurate recreation of Stalingrad itself, right down to the authentically recreated buildings taken from photos during the conflict, Battle of Stalingrad looks impressive.  Snow flies off of T-34 tanks the way it should, and a salvo of rockets launched from a Katyusha fires off with each explosive having its own individually-programed destination, fire trail, and particle effects. Realism is the name of the game here, and 1C is on top of it. 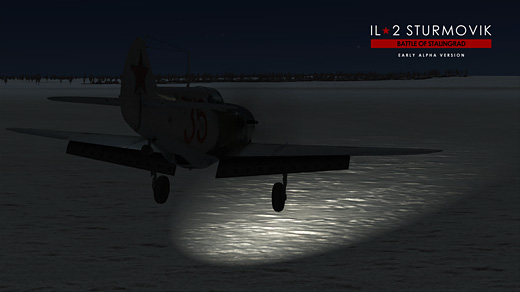 To say Battle of Stalingrad is complex is putting it lightly. It was demoed with a full flight stick setup including separate throttle control and more buttons than the average person would know what to do with, each one corresponding to a different function of the aircraft. The IL-2 Sturmovik series is NOT for the casual gamer. However, the flight sim faithful will be pleased with the amount of work that has gone into the game so far, and there’s still plenty of time to add more to this already deep game before its Spring 2014 release.

Disclaimer: These games were made available at a press event sponsored by the publisher.