Taking a Stab at a New Audience 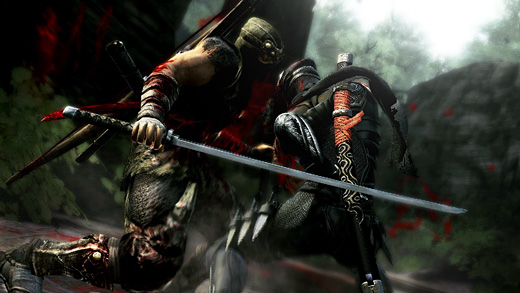 HIGH Swooping down onto an enemy battleship before destroying the entire fleet.

LOW The versus multiplayer is intolerably bad.

WTF "Hello Canna, I'm Ryu. It means 'Dragon.' Now, shake this scabby corrupted hand of mine. I said shake it!"

Following Tomonobu Itagaki's high-profile departure from Team Ninja, many wondered just how his absence would impact the games under his care. It's always been clear how emotionally invested the man was in his work, so a change in leadership would inevitably lead to a change in design. Personally speaking, I like to imagine that the power struggle was a spectacularly violent one as Yosuke Hayashi emerged from the shadows, slit the throat of his previous master's closest advisor, removed his head with a hacksaw and then strode into the Tecmo briefing room before hurling the severed noggin onto the middle of the table.

"Now," Hayashi said with a dangerous glint in his eye, "we do things my way."

While this is undoubtedly exactly what happened, it may not have turned out to be such a good thing. After all, it turned out that "killer" Hayashi had an entirely different idea of how the Ninja Gaiden series should evolve, and as he detailed his plans to the public for the first time, cheerfully denouncing the previous entries as "old fashioned" and that it was time to modernize the series, his was a vision that made many fans very nervous indeed.

Not that a series reboot is necessarily a bad thing, mind—the original side-scrolling NES Ninja Gaiden titles were reborn to widespread acclaim in the 2004 Xbox iteration as a hardcore action adventure game, a title which shared few play mechanics with the originals.

For this second series rebirth, Team Ninja have prioritized the questionable route of attempting to humanize bloodthirsty protagonist Ryu Hayabusa. Up until now, Ryu has largely been a walking apocalypse who cheerfully dismantles entire nations in his never-ending quest to bring bad guys to justice in truly brutal fashion. Suffice to say, the developers had their work cut out for them here, and the result? It borders on the insane. 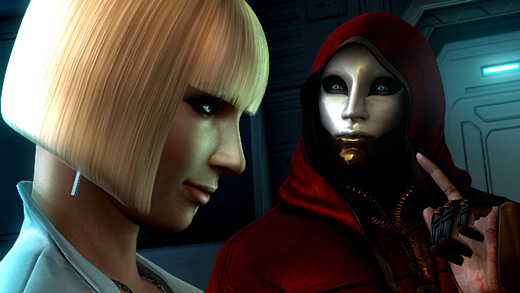 Ryu still scuttles around the planet chopping wrongdoers into mince, but now he also makes heartfelt promises to adorable little kiddie-widdies that he must keep no matter what and feels totally bad inside whenever genocidal maniacs accuse him of being a mass murderer. It's like a crazy person decided to splice some of the more upbeat moments from Sesame Street alongside the gorier excesses of Robocop and Battle Royale, and Ninja Gaiden 3

Team Ninja has also tried to make the enemies seem more human, with even less success. It's not just that they're now composed of indestructible organic matter which prevents their limbs from being severed, more that they prattle on relentlessly as the angry ninja tears through them. An extremely limited number of voice clips means that the same utterances are repeated ad nauseam before they shuffle off this mortal coil, many of which are completely inane.

It's true that it was never the story that made Ninja Gaiden the most heralded combat series in gaming, however. It was a number of gameplay and world-crafting elements which combined to deliver an exceptional experience from start to finish, but a very large part of that was its unmatched battle system. Notoriously difficult to the point where some players found themselves unable to defeat the first boss, it was frequently an uncompromising test of skill which required razor sharp reflexes and a deep understanding of enemy strengths and weaknesses in order to succeed.

Ninja Gaiden 3 does not follow in its predecessor's footsteps in this regard, opting instead for a far kindlier approach to newcomers, as well as "purifying" the experience by making levels entirely linear, removing all weapons other than the katana and some projectiles, downsizing the selection of Ninpo into a single smart bomb and getting rid of shops, money and character upgrades. They've also introduced Hero mode, where it's almost impossible to die as the game will start blocking and evading whenever the player is in trouble. Normal mode's also a complete walk in the park now, with only Hard mode providing any sort of challenge.

Irritatingly, the fact that the game attempts to assist players in whatever task it thinks they're doing goes a fair way towards destroying the razor sharp controls that the series is renowned for. On easier difficulties this isn't really a problem as whatever stumbles onscreen is going to die regardless. On Master Ninja mode, it's undoubtedly going to result in death. Since the system is more interested in having Ryu perform a weak, meaningless sword swipe than allowing him to cancel the chain and dodge away to safety, he's going to eat a lot of damage that the player can see coming a mile away. 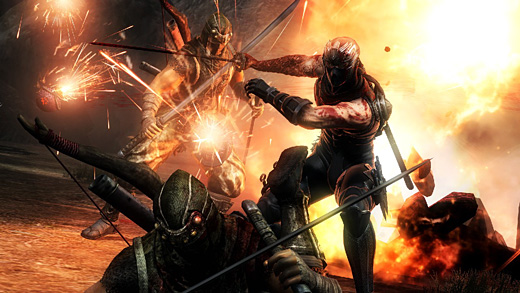 There's also a lot to complain about in how the combat system holds up during higher difficulty levels. For example, half the move list becomes practically worthless as enemies will automatically dodge certain attacks and combinations (leading to repeatedly spamming the moves that do work in order to be successful) or how these tougher modes are "balanced" by simply having foes spam uninterruptible throws over and over. While Ninja Gaiden 3 can still provide a lot of shallow, mindless fun—largely due to the satisfying audible crunch and vicious visual feedback that results when sliding several feet of steel through someone's colon—it simply doesn't live up to the pedigree of its predecessors.

This kinder, gentler Ninja Gaiden isn't a complete travesty, however. Some of the story sequences (such as battling an attack chopper atop a ridiculously tall Dubai Skyscraper) can be genuinely quite exciting. It's fulfilling on a very basic level—it doesn't require a great deal of effort in order to enjoy an unreasonable amount of carnage. Some of the additions to the core formula are actually quite smart, such as the bow automatically locking onto ranged enemies so that Ryu can quickly eliminate them without anyone nearby smacking him senseless first.

Besides the attempt to humanize a superhuman ninja, this third entry into the series has also added versus multiplayer. As many fans expected upon its announcement, it's turned out to be nothing short of a complete mess, and chaotic in the worst possible way.

For some reason Team Ninja decided that it would be a good idea to shunt in new players without having unlocked any decent skills, so newcomers are in for a "great" introduction to this exciting new mode as the opposition pisses all over them with impunity. There are times when it's near impossible to follow just what the hell is going on as the player gets been buried under an absolute orgy of madness, and attempting genuinely skillful play becomes utterly pointless—especially when the targeting system decides to lock onto someone else mid-combo, right into the clutches of some invisible bastard skulking around the perimeter. The co-op trials, on the other hand, are actually great fun. While they still suffer from some of the combat flaws that the campaign does, having a partner available makes things a lot more interesting.

in an attempt to embrace all the gamers who complained that the original was just too damn hard to be enjoyable and finally expand their user base beyond the hardcore. In doing so, they've also jettisoned many exceptional qualities that were instrumental in making them the games they were, and the result is that Ninja Gaiden 3 is a watered-down experience which can still provide less skilled gamers with a reasonably good time despite the numerous flaws running through it—but it's good for little more than that. Rating: 6.0 out of 10.


Disclosures: This game was obtained via retail purchase and reviewed on the Xbox 360. 29 hours have been spent on the game to date, chasing achievements across both multiplayer and single-player modes. The game was completed once on Hard mode, and a current playthrough of Master Ninja mode is ongoing.

Parents: According to the ESRB, this game contains blood and gore, intense violence, strong language, suggestive themes—or in Ninja Gaiden terms—manly ninja violence, the screams of the dying, naughty words, frequent geysers of arterial spray bursting forth from puncture wounds and all the good stuff kids don't get to see until they're older. If you want them to come out balanced and emotionally stable, at least. It would probably be a good idea to keep them away from this game.

Deaf & Hard of Hearing: Subtitles exist and are encouraged—some of the audio levels occasionally come close to masking what characters are saying during cutscenes. There aren't any audio cues vital to the action.