If I Could Turn Back Time 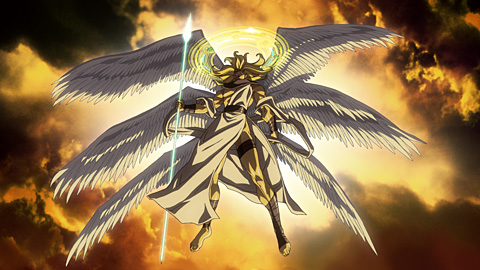 WTF The handling of female characters is frequently problematic.

When Mike Bracken mentioned how hard it was to discount the feeling of nostalgia surrounding Growlanser: Wayfarer of Time

in his main review, I found myself nodding silently in agreement.

Just by looking at the collection on my shelf, I can remember a time when Japanese role-playing games (JRPGs) seemed exotic to me—they were produced in limited numbers with embossed-cover boxes, richly-produced art and instruction booklets, soundtracks, and notes from the developers and localizers. Growlanser was no different back in those days, and now, nearly ten years later, a remake of 2003's Growlanser: Wayfarer of Time lands on North American store shelves.

In his review, Mike positions Wayfarer of Time as an enjoyable, but flawed, trip down memory lane. Even though we clearly share nostalgia and love of the material, I'm not quite as convinced that this is a trip that everyone should take.

Beginning with the common ground, it's hard to disagree with Mike's endorsement of the outstanding combat which has been a staple of the series from the beginning. Growlanser's on-field encounters prompt the player with a menu tree composed of the typical JRPG combat directives (Fight, Magic, Item, etc.) but instead of playing out these actions in turn-based fashion, these commands resolve on a real-time battlefield where timing and character location are paramount. On top of that, every action incurs a period of time before its activation and this extended time window gives combatants an opportunity to delay or possibly even stun other characters that are charging up.

Characters gain skills and spells through a "Spellstone" system which uses equippable gemstones. Like Materia in Final Fantasy VII, these Spellstones can come in many different varieties and colors, dictating how they can be slotted into the character's equipment. Unlike Materia, characters can level skills individually and retain them after the gem has been unequipped, providing players with numerous opportunities for long-term character customization. 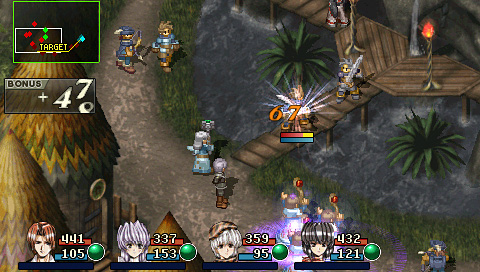 This element of progression is important, as mastery provides the player with additional capabilities to adapt these skills: players can quick-cast a lower-level version of a spell to outrace an opposing mage, slowplay that spell into a high-level blast intended to resolve after another attack, or pair it with another friendly spell to form a titanic combination that impacts the entire battlefield.

This rich domain of tactical choices leads to a satisfying and, at times, frantic combat experience, but the player isn't left astray. Wayfarer of Time provides the ability to pause the action at any time, allowing calm reassessment and redirection of the party in response. As a result, Wayfarer of Time gives its players ample opportunity to consider character positioning, distance and timing during threat assessment, imbuing every encounter with a hint of tension.

Unfortunately, Mike and I part company from here—while Mike sees the major story encounters as Wayfarer of Time's shining moment, I see them as one of the game's most glaring weaknesses.

The flip side to providing such a fertile tactical playground is that it makes it incredibly hard for the game to adequately raise the stakes for these larger-scale fights; there's no room for these boss battles to grow. Sure, these encounters are more difficult, but they often get there by applying a convoluted approach that ties all of the game's mechanics together into a single, constrictive winning strategy.

It's not enough, for example, to have the player simply fight a nigh-invincible demigod that they've chased throughout the game; no, Wayfarer of Time forces the player to send characters sprinting in front of the demigod to block it from escaping from the battlefield and create an opening for a non-player character (NPC) to use an item that makes the demigod vulnerable and coordinate attacks during that period of vulnerability to finally take the demigod down, all in the same battle.

By narrowing the possibility space so dramatically, Wayfarer of Time ends up overcooking these critical encounters, forcing the player to ricochet between hard fail states before finally stumbling upon the secret handshake of actions that unlocks victory. It's an unfortunate dynamic that not only leads to a lot of irritating "old school" difficulty spikes, but also betrays the broader vocabulary of tactics that is continually reinforced by its smaller-scale encounters.

These misfires at major story events wouldn't sting as much if the rest of Wayfarer of Time's plotline could pick up the slack but, as Mike's review suggests, the game's story never truly distinguishes itself. 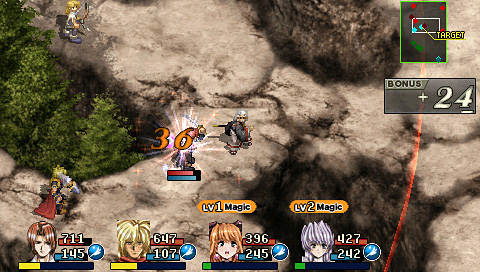 As the mercenary Crevanille, the player navigates a ragtag band of heroes through a muddled storyline that oscillates wildly between a Suikoden-esque military-political conflict and a sweeping epic of global peril, complete with mysterious pasts and a search for technology from a lost civilization. The end result is a destructive compromise that reduces far too much of the storyline into a tired Good vs. Evil pursuit.

Furthermore, Wayfarer of Time's delivery is clumsy and inconsistent, often stifling itself with hollow player agency, oblique plot triggers, and an abundance of shallow dialogue trees. A handful of moments call back to the real-time nature of the combat by applying an active timer to the player as they run through a town or dungeon, but there's always more than enough time for the player, undermining any possibility for tension.

Wayfarer of Time frequently seems to be building towards something, but continually retreats before it gets there. This feeling crystalizes when a companion throws themselves in front of Crevanille to save him from an assassination attempt. If the player did not find a pair of special items and bring them to an NPC to strengthen that companion beforehand, the companion dies…and then, literally minutes later, the player is provided a replacement that is a head-to-toe identical clone of the departed character.

Wayfarer of Time's unwillingness to follow through on this outcome turns a potentially meaningful moment into an awkward, punchless detour, further highlighting the game's tendency to fall back on the "FAQ fuel" of hidden items and quests as its primary narrative thrust.

Additionally, the less said about the game's presentation of female characters, the better. Female characters, including the alarmingly servile Familiar characters, are typically drawn in full-on "fan service" mode with copious amounts of cleavage and the introductory cut-scene of the game even opens with a gratuitous butt shot of a cat girl character. These portrayals by long-time Growlanser artist Satoshi Urushihara shouldn't be surprising if you consider his track record, but that doesn't make them any less problematic.

In the end, Wayfarer of Time touches upon interesting elements from some of the most beloved RPGs of the past, paying tribute to a line of games that is as diverse as it impressive. Unfortunately, some archaic tendencies from those classic games still hang around, dragging down the production with thematic baggage from an age gone by.

If I could turn back time and see Wayfarer of Time

with the same eyes that gazed upon Growlanser Generations ten years ago, then I would dive into its combat and simply let the rest of its impurities wash over me. But, despite a valiant effort from Atlus, time doesn't heal all of Growlanser's wounds; it just brings them into sharper relief. Rating: 6.0 out of 10.


Disclosures: This game was obtained via publisher and reviewed on the PSP (PSN). Approximately 62 hours of play were devoted to the single-player mode, and the game was completed.  There are no multiplayer modes.

Didn’t realize anyone had done a second op on this one — really good review.