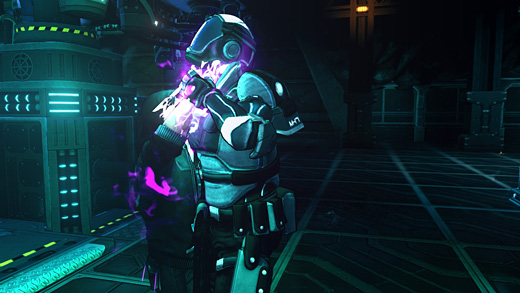 Kalypso Media recently invited GameCritics to take a second look at the upcoming vampire-themed stealth game Dark, from Realmforge Studios. It was originally covered by Brandon Bales, but it's been a while and we were interested in seeing how it's progressed.

In Dark, Realmforge tries to bring vampires back from the sparkly brink to their more visceral origins. The game's opening introduces us to Eric Bane, a former commando from the paramilitary group M-17. His squad gets wiped out in a raid gone bad, and he wakes up after the carnage transformed into a creature of the night. 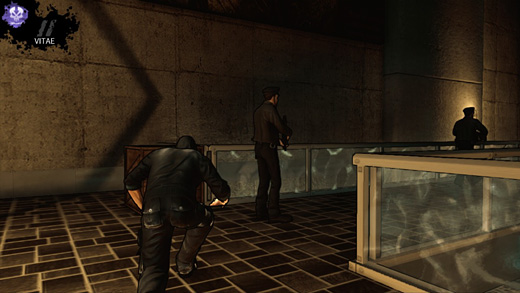 As a vampire, Eric is supposed to be a killer and a hunter; an apex predator. He should be an unstoppable force of nature who can bend shadows around his agile form, concealing himself from prey as he stalks his victims while also trying to find out who made him what he is, and for what purpose.

Stealth is the name of the game here. Eric's powers are focused almost completely on melee combat and remaining hidden. These skills start off weak, but can be improved upon over time by spending experience points earned from silently dispatching those in his way.

For example, "blood vision" lets Eric see enemies through walls, and can be upgraded to show which weapons guards are carrying, or to show the sight cones of security cameras. His offensive powers can be made cheaper, quieter, or to have quicker cooldown times.

The closest thing to a ranged takedown that I saw was a teleport that can be used to close the distance between Eric and his soon-to-be victim. However, the beginning version of the power is extremely loud, making it a risky proposition to use. Even after leveling it up to muffle the noise, it still leaves him dangerously exposed, relegating its usefulness to more of a support role designed to get him from cover to cover quickly.

If Eric does get spotted, guards can easily end his unlife with only a few shots, making hand-to-hand combat against alerted enemies a last resort. The lack of any long-distance powers and a strange inability to pick up weapons dropped by guards leaves fleeing into the shadows or restarting a checkpoint as his only feasible options when things go pear-shaped. This lack of options exacerbates linear pathing, generally sluggish controls, and some frustrating trial-and-error gameplay. 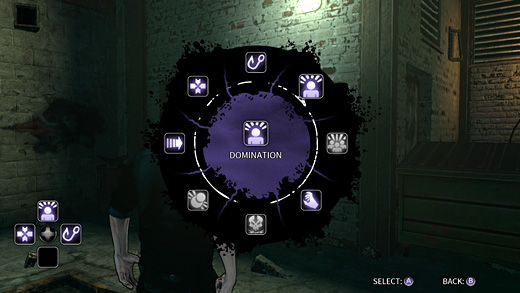 What I saw was a game that feels like it should have been released at the start of this console generation, rather than its end—in terms of sophistication, the stealth genre has evolved well beyond what Dark has to offer so far. On the plus side, the publisher stated that the preview build still had many improvements which were on the way, and the version shown was only about 60% complete.

Dark will be coming to the 360 and PCs on June 4th. The concept has promise, and while there's been no lack of attention lavished on zombies in the past few years, vampires are one segment of the supernatural world which have remained relatively untapped. Hopefully the developers will make use of the time remaining before retail release to address some of the obvious issues, and make Dark something for vampire fans to look forward to.