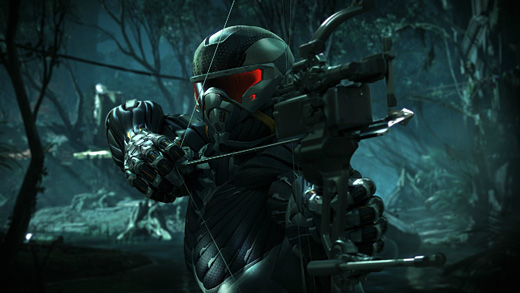 WTF The explanation for how Prophet's back in the saddle is ridiculous.

As I played through Crysis 3

, I couldn't stop thinking about Crysis 2.

The second installment in this series was a surprise hit, and my personal runner-up for Game of the Year in 2011 because few shooters offer a user-driven, open-ended and predatory experience the way that one did. I find that the various Call of Dutys and Battlefields are little more than running to the next marker and shooting everything on the way, so the self-paced scenarios of Crysis are refreshing.

The same qualities I like about its predecessor were still present in Crysis 3, but it took me until the credits rolled to decide that it didn't match up—in the end, it felt more like an add-on campaign than a full standalone sequel, stagnating and going through the motions. It's less entertaining and less interesting as a result. Players familiar with Rainbow Six: Vegas will remember that when its sequel launched, Ubisoft's only real new feature was a sprint button. Crysis 3 features a similar level of non-innovation, except the Predator Bow is the new "sprint."

When protagonist Prophet first receives the bow, his partner, Psycho, asks if he likes it. Prophet immediately says, "No," and his words mirrored my thoughts.

The Predator Bow is kind of neat, but considering Crysis 3 has many different guns with numerous attachments, the bow is nearly pointless. I used it on a few occasions, but once I discovered that I could use a semi-automatic rifle with a scope to achieve an easier kill than hassling with the bow, I put it down for the rest of the game. There's nothing particularly wrong with it, I just found it unnecessary. 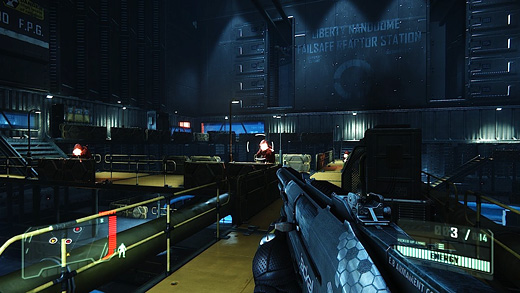 Crytek's leap in tightening the gameplay from the original Crysis to its sequel makes the lack of change from the second to the third almost alarming. However, it's more Crysis, and to me, that's generally a good thing. Cloaking and sneaking around enemies while waist deep in swamp water before jumping up to slice their throats is sickly satisfying, and this scenario is more or less the heart and soul of Crysis, even if it's a bit stale.

Aside from the bow, the settings in Crysis 3 are different than Crysis 2's. The original was entirely open-ended on a tropical island. Crysis 2 was smack-dab in the middle of a modern-looking New York. Crysis 3 blends those together. It's still in New York, but the city is abandoned and nature has moved back in.  Flora and fauna are abundant—think I Am Legend with aliens instead of vampires.

Crysis 3 is also much darker in comparison to 2. Most of its setpieces are at night, and more often than not, Prophet is stalking through wet, swamp-like terrain. At first, I missed the bright, crisp look of the previous game, but the dirtier, muddier settings grew on me because Crysis is the closest thing to a Predator-licensed video game, and the environments in 3 take it all the way. The only thing missing is Arnold Schwarzenegger caked in a mud suit.

In terms of plot, the story is about as lame as it gets. The Crysis games are running down a Resident Evil-style path where the story stopped mattering ages ago, but the devs are trying to salvage something from it to make saving the world (for the third time) important again. Unless Crytek figures out something aside from aliens threatening to destroy the Earth, there'll be nothing to write for the next entry. Prophet is a likable character, but he doesn't carry enough flavor to spice up a story that's been done to death, revived and killed again. We get it—the world needs to be saved. Again. At this point, a plot featuring Prophet grocery shopping in his nanosuit would be more compelling. It's obvious Crytek puts all its cash into the engine and graphics and not into the story and writing.

is a beautiful, finely-tuned, solid shooter, and it has some exceptional moments. However, the gameplay doesn't vary much from beginning to end, and it doesn't improve on its predecessor. When I finished Crysis 2, I immediately wanted to play again and try out different strategies. After finishing Crysis 3, I have no such desire. As a fan of the series, it was passably enjoyable while it lasted, but there's little point in revisiting when a superior version already exists. Rating: 7.0 out of 10.


Disclosures: This game was obtained via rental and reviewed on the Xbox 360. Approximately eight hours of play were devoted to the single-player campaign (completed one time) and no time was spent in multiplayer modes.