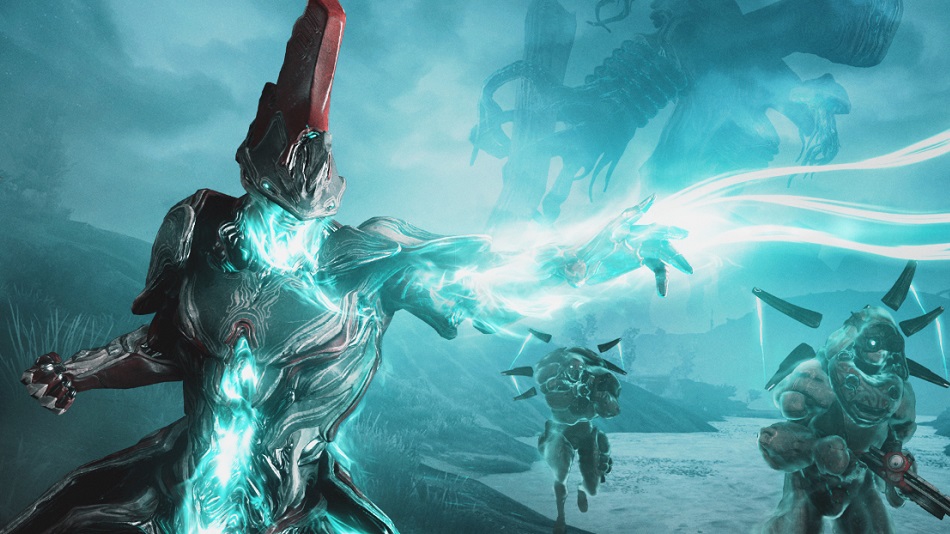 On September 13, Digital Extremes released new content on PS4 for their hit MMO, Warframe. This update focuses on the new addition to the cast, the playable character Revenant. A new gun and a few minigames came bundled in the patch as well. The patch is available for free to all players.

Use the enemies’ strength against it! Styled after the Eidolon class of enemy, Revenant gives you the feel of playing a vengeful ghost. His powers include possessing enemies, putting up ghostly armor, draining life from foes, and deadly showers of unearthly fire. 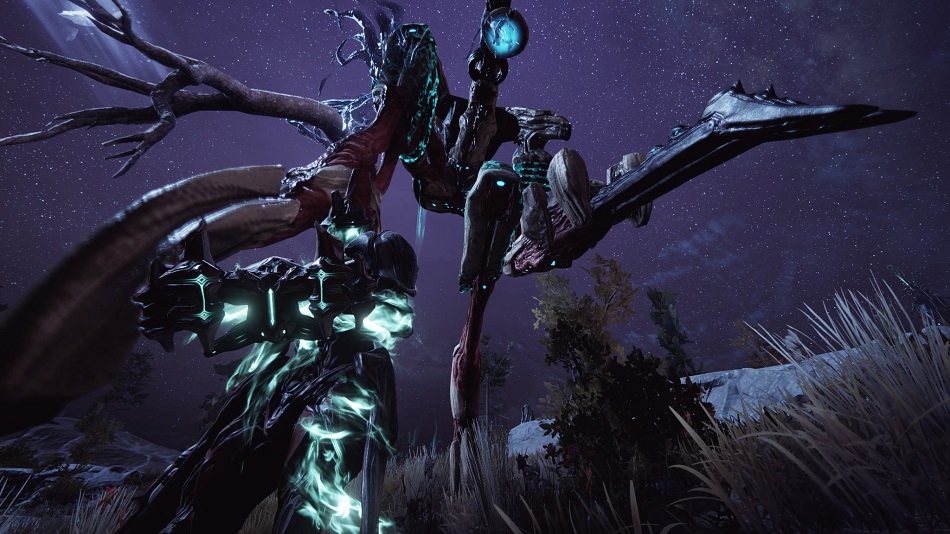 With this ability, Revenant brainwashes a single target, turning them to your side. Even better, brainwashed enemies also convert other enemies with their attacks. The end result: your influence spreads like a plague across the battlefield. Upon their death, these drones release a pillar of flames.

This ability benefits greatly from Duration increasing mods, since it effects both the duration of the enthrallment and the lifespan of the flame pillars. Range is less important. Enthrall’s got a fairly good reach by default, and the spread of the brainwashing isn’t affected by decreased Range. 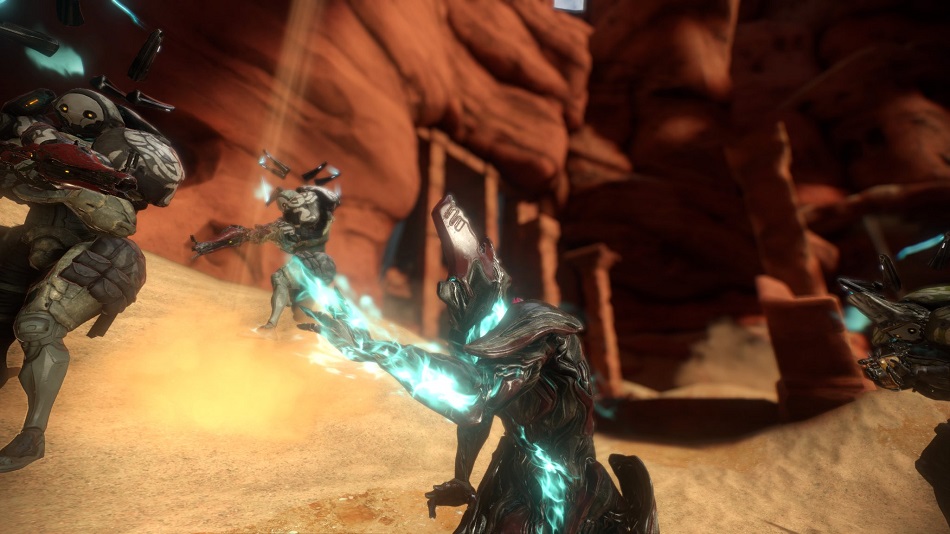 Using this ability, Revenant covers himself with durable ghost armor. The buff absorbs a set number of hits. The skin reflects any damage back at attackers, who fall into a stunned state. Enthrall targeted at a stunned enemy is free to cast. After you take the set number of hits, the armor deactivates. So cast your armor, dash into the fray and brainwash the whole crowd for free! 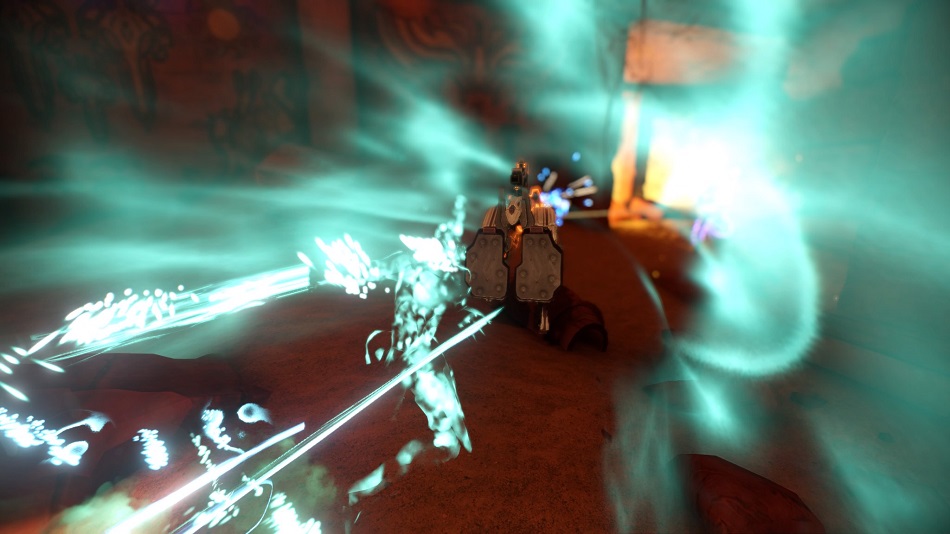 One of Revenant’s two direct attack powers. Reave turns himself into a wave of energy, rushing forward towards enemies. He drains shields and health from each target hit. This attack doesn’t do a ton of damage by itself, but synergizes well with his first two powers:

Each Entralled enemy takes five times as much drain damage. This will easily full-heal Revenant at high levels. Also, each Entralled enemy hit by Reave recharges Mesmer Skin, and can even grant Mesmer skin to allies you touch with the move.

To get the most out of Reave focus mods around boosting Duration. The effective distance of this skill is figured by travel time rather than Range. Power Strength doesn’t affect the percentage-based damage Reave deals. You don’t have to worry about devoting mods to Strength. 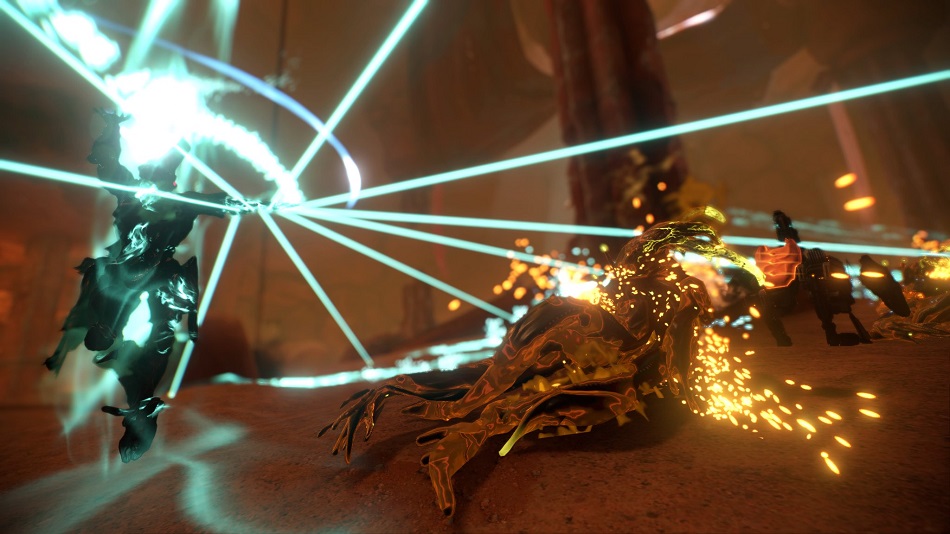 Revenant’s first three skills give him great recovery and crowd control. His final skill brings huge offensive power to bear against all enemies. On casting Danse Macabre, you spin around and shower the battlefield with deadly laser beams. Evoking a dreaded Sentient attack, the beams adapt their damage type to target enemy weaknesses. For example, a beam hitting an armored enemy will do Corrosive damage. The damage build-up doesn’t stop there!

Holding the primary fire weapon button will ramp up the intensity of Danse Macabre’s effect by consuming more Energy. Damage and size of the beams both increase while holding. Revenant also channels any incoming damage he takes into the lasers as well. This ability synergizes with the other three, most notably, Entrall. Brainwashed enemies killed by Danse leave shield boosters behind, and the lasers detonate Entrall’s fiery pillars.

As you can see, there’s load of under-the-hood mechanics in this final skill. Danse Macabre articulates the same as most 4th skills: pop a Danse Macabre to turn the tide of a tough fight! 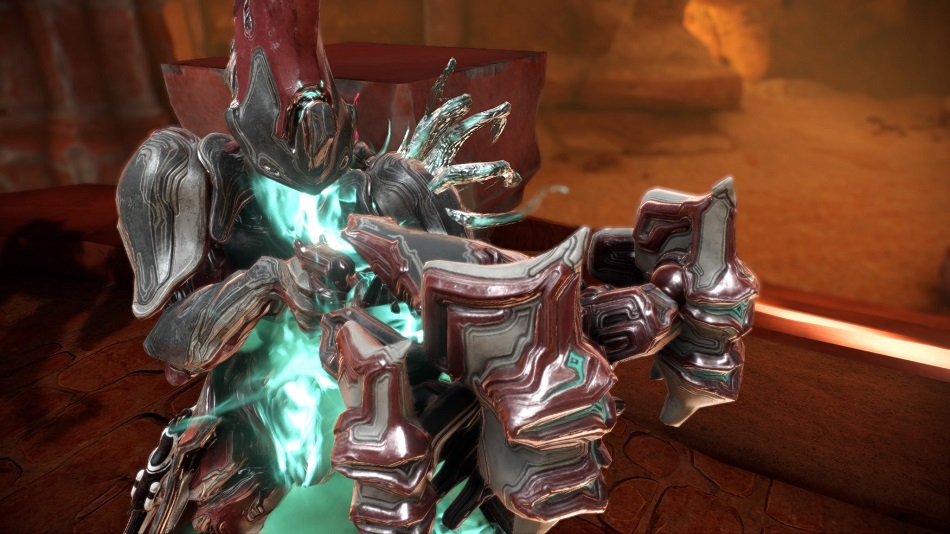 Most new Warframes come with signature weaponry, and Revenant brought an interesting one. The Phantasma calls itself a shotgun, burns hordes like a flamethrower, packs grenades and homing missiles! This multi-tasker covers a wide range of engagements.

If you needed even more room clearing power, the secondary fire lobs a plasma grenade. In turn, the grenade unleashes a cloud of smaller homing projectiles. The Phantasma’s damage potential and utility makes it a stellar addition to any arsenal. Its main limitation is small clip size, which can be easily helped with a fairly common Ammo Stock mod. 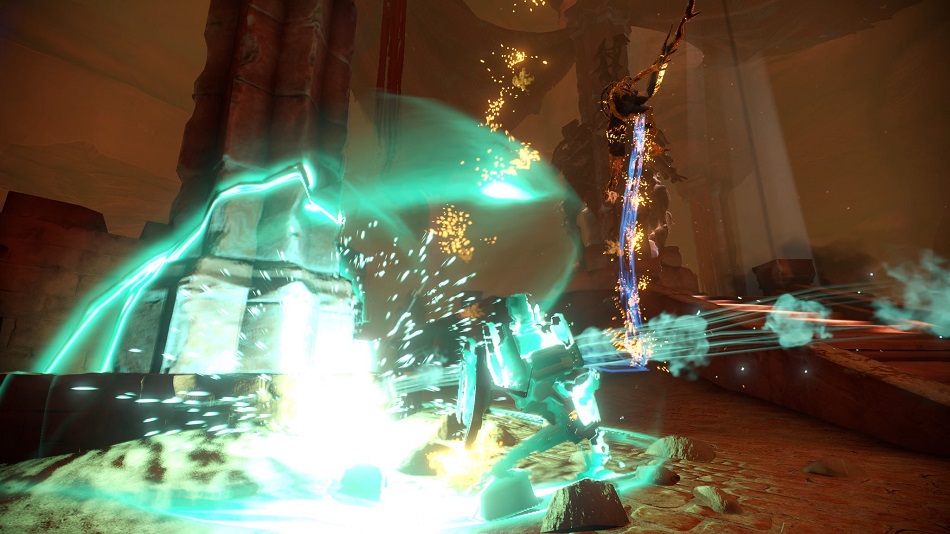 Looking for a little diversion between Warframe’s intense battles? DE’s got you covered. Mask of the Revenant added a few mini-games. You’ll have to get setup first by doing the following:

The Ludoplex comes pre-loaded with Frame Fighter. The other two games can be purchased from Simaris for reputation.

Frame Fighter – A fan-made 2D fighter mini-game using Warframes as characters. The DE team loved it so much they decided to add it to the game officially. The game is strictly PvP, but you can invite friends to play even if they don’t have a Ludoplex.

Happy Zephyr– exactly what it sounds like; Flappy Bird, but with Zephyr instead of the regular bird.

All three games are pretty bite-sized experiences, but great for killing time while waiting for the next mission to start.

One new character, one new gun, and three new mini-games. Mask of the Revenant is a minor update to tide us over while we all eagerly await the huge new Warframe world – Fortuna! The massive update promises new weapons, new pets, new mission types, and a new vehicle to explore the huge surface of Venus. Fortuna is expected to drop sometime this Fall.