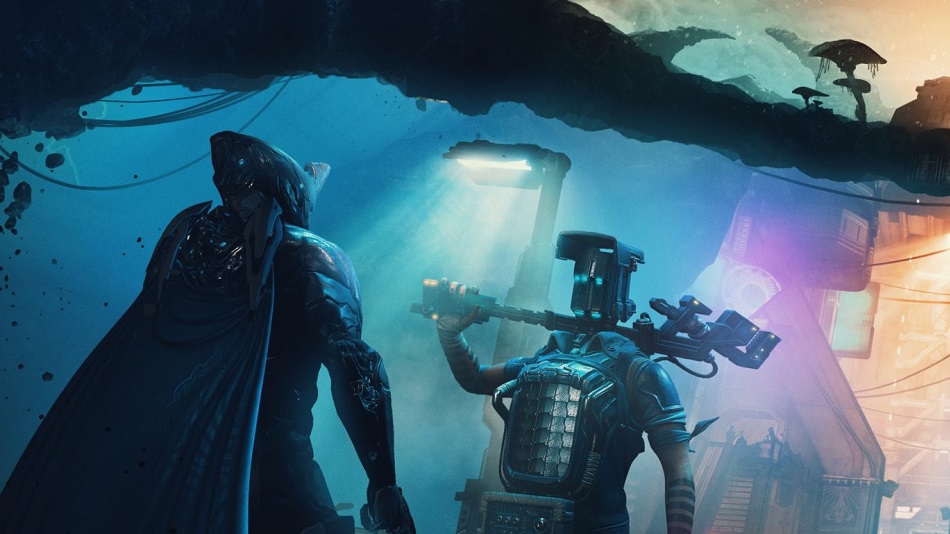 The expansion opens on the subterranean hi-tech city, Fortuna. Sharp carbon fiber and steel plates cut back and forth, softened by blue and pink neons. Cyborg workers pound away amongst gutters full of coolant gel. 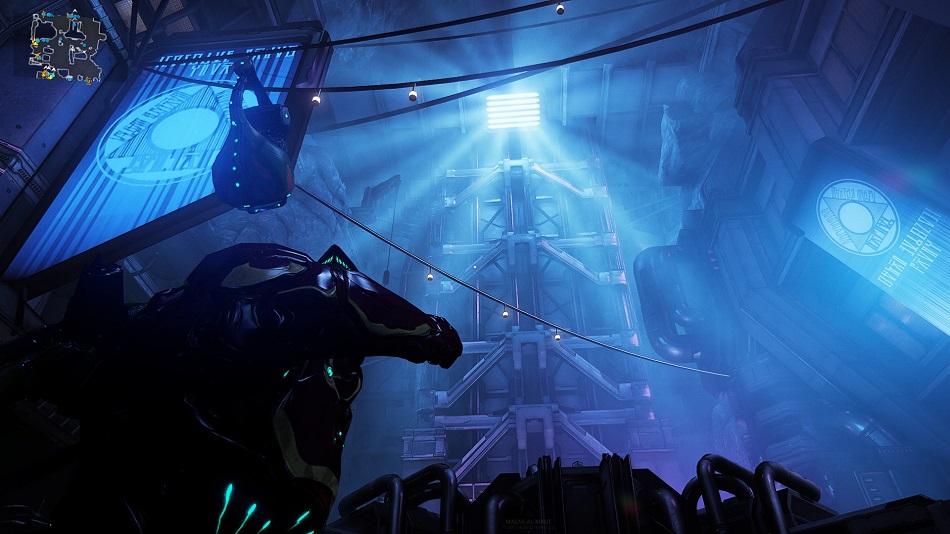 While they work, the workers sing a chorus about the hardships of their world. This song captures the tone Fortuna’s population — hardworking, oppressed, but hopeful. You really feel like they need help, and you’re just the space ninja for the job. 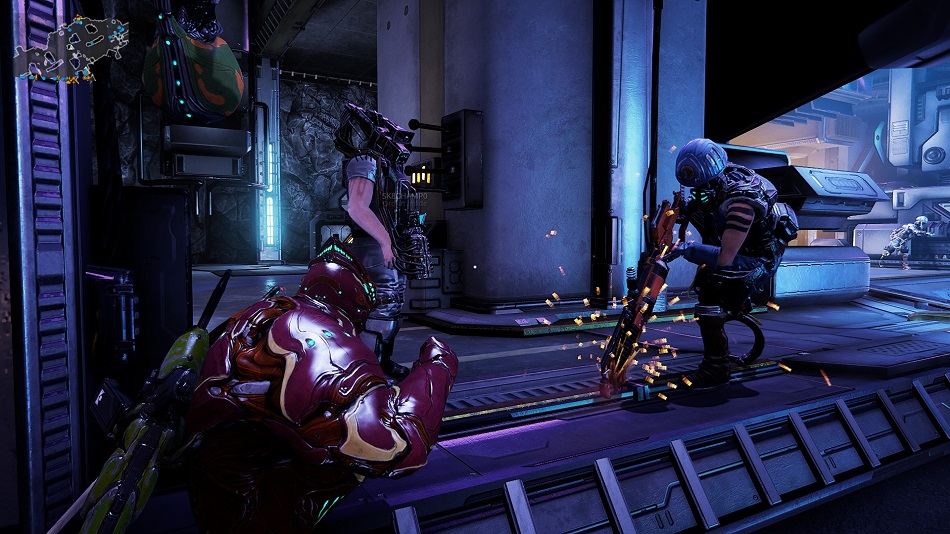 [Caption: If you haven’t heard this song, We All Lift Together, check out the Fortuna intro on Youtube here (hyperlink)]

The city of Fortuna acts as your hub for missions and vending, and the game prompts you to complete a short series of missions upon first arriving that will unlock all of the vendors and NPCs you’ll need while exploring the massive surface of Venus outside the city. 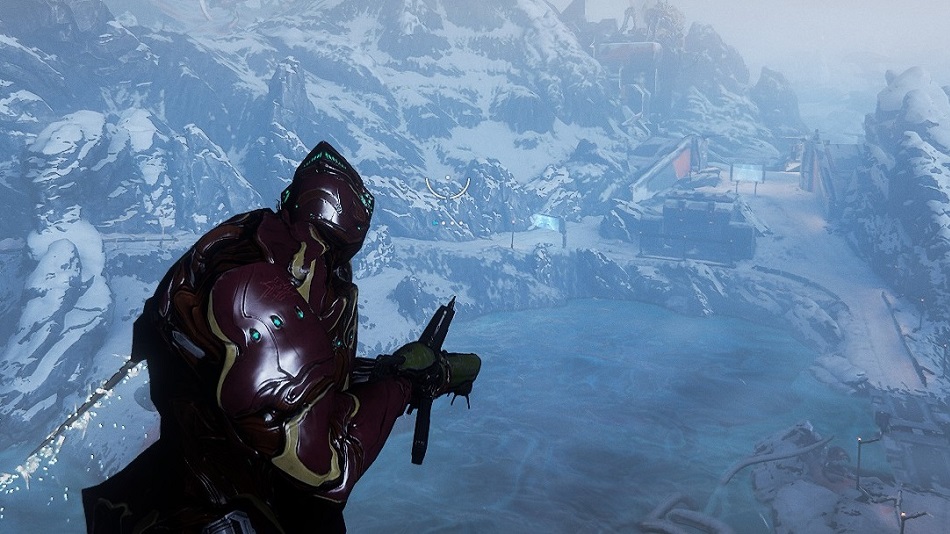 To help explore the gargantuan map, you need some new “wheels”, and at the end of the main story quests in the area, you’ll earn a hoverboard called a “K-Drive”. This vehicle lets you rocket across the surface of land and water. You can even do tricks to have some fun and earn reputation in Fortuna!

These boards can be upgraded with different parts to alter its performance. Of course, you can also slap some decals on there. What’s a skateboard without custom stickers? 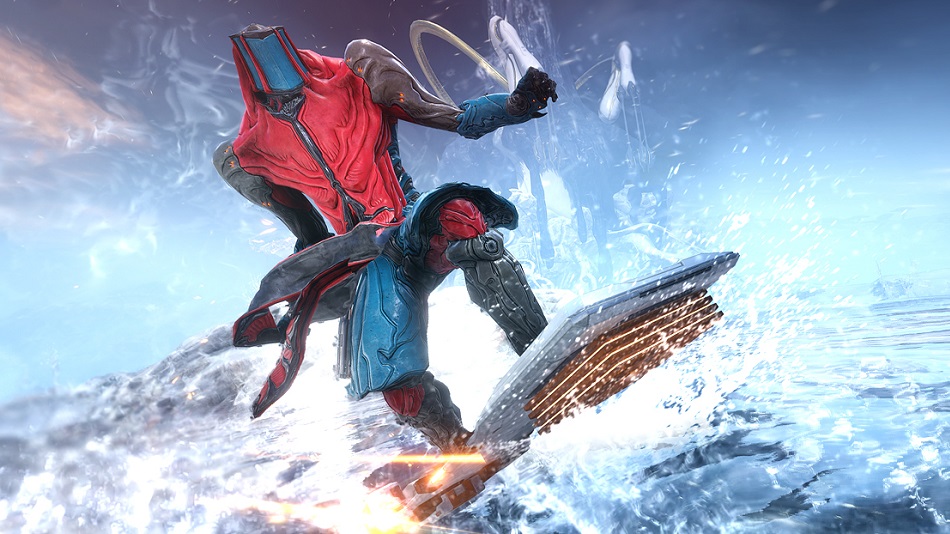 New vendors hawk their wares in Fortuna. First off, the merchant Legs sells customizable pet Moas, just like the Corpus enemy type employ, and the bipedal bot is assembled from various components. Parts alter the Moa’s appearance and abilities depending on what pieces you use. 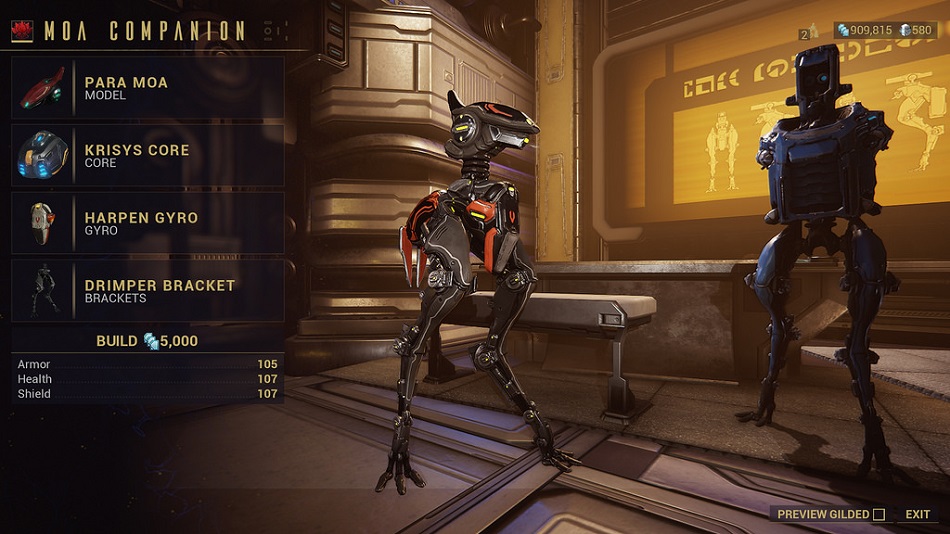 Next, “Rude” Zuud sells Kit guns, which are customizable secondary weapons. Just like the Moas or Zaws, she puts the guns together from various parts. The pieces determine the weapon’s stats, damage types, firing modes, and more. These weapons can be quite powerful, so it’s worth taking the time to gather the scrap to build them. 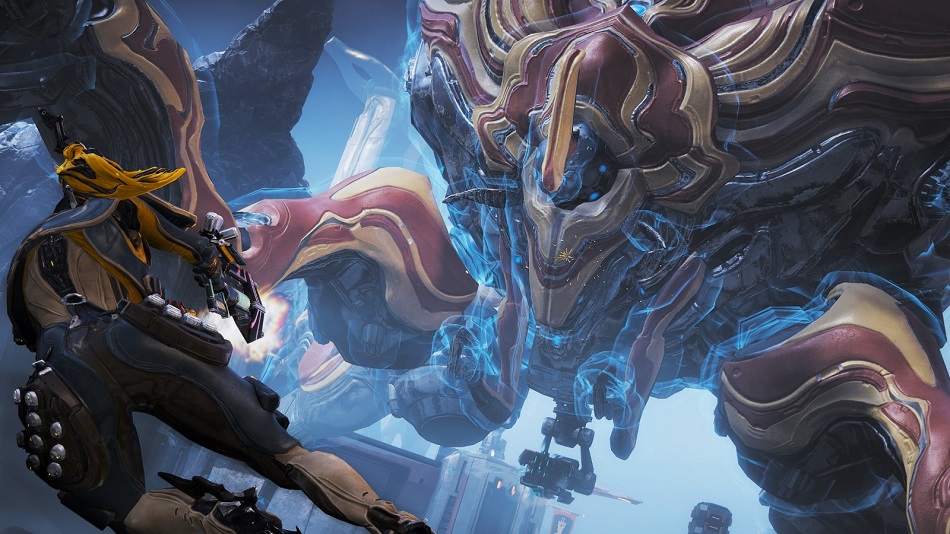 A few weeks after Fortuna was released, DE also launched Warframe on an entirely new platform – the Nintendo Switch! Here’s a few commonly asked questions we’ve seen about the port.

Is it feature complete? Warframe seems way too huge to be on the Switch!

The Switch port contains all the same content as PS4, PC, and Xbox. The version on Switch is 23.5, Mask of Revenant, so it’s behind the other consoles in patches, but DE plans to have all platforms matched up by Q1 2019.

How does the online play work on Switch? If I put it in sleep mode, what happens?

The Switch disconnects from the WF servers in sleep mode. If you’re in a mission, you’ll be kicked back out to the login screen.

How do the controls compare to other versions?

The Switch port’s controls are understandably awkward using the base Joycons. If you hook up a Pro controller, it handles almost exactly Xbox or PS4 controls. At present, the Switch version does not support USB mouse or keyboard, unlike other consoles.

If you are coming from PC, yes. At the time of writing this article, PC players can copy their save to Switch by going to https://www.warframe.com/news/account-migration-is-live. Account transfers will only be temporarily available. This isn’t true cross-saving though – the two accounts progress separately through the game after copying.