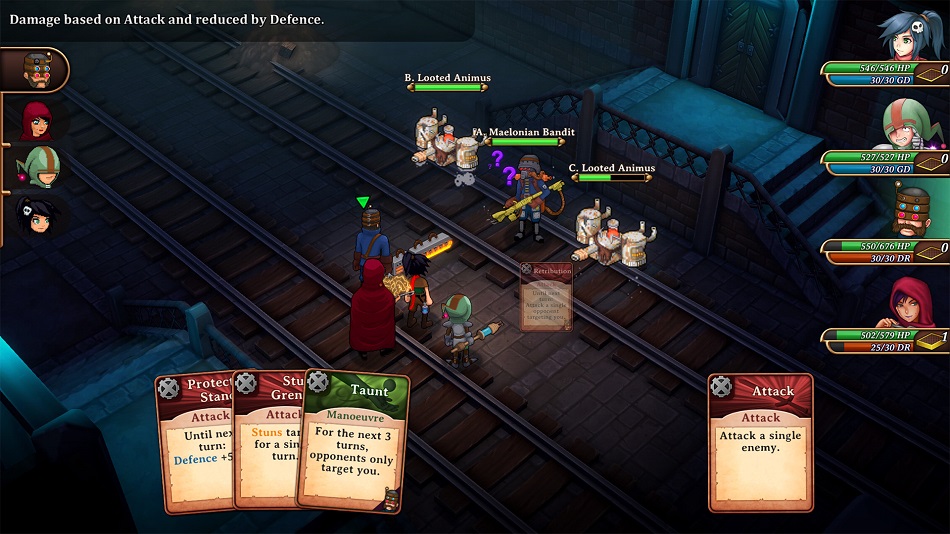 HIGH The card-based combat is good.

LOW This is not a finished product.

WTF Apparently, the story is based on a novel…

I’m not generally a fan of JRPGs, but I wanted to like Trulon: The Shadow Engine. From the exuberant opening music and its clumsy, bright, line art, it looked like a passion project — and if there’s one thing I root for, it’s small development teams releasing on consoles.

The player is cast as a girl named Gladia and introduced to the bright world of Tripudia, where woodland creatures have mysteriously gone rogue. Tasked with investigating, it turns out to be part of a larger conspiracy involving the two conflicting empires of the land. Gladia and her team then set off on a quest to save the world filled with the usual forests, snowy mountains and steampunk cities. The traversal is split over two formats – the first a top-down overworld map, and the second an isometric view for exploring areas and engaging in fights.

The combat is turn-based, but each action is reliant on random cards that are assigned to characters under the player’s control. A lot of the joy in Trulon is in learning how to balance the card decks and figuring out how the synergies between characters can best be implemented. For example, having one character stun all enemies and then having another deal double damage as a result gives the fights a good flow.

Unfortunately, like all card based games, sometimes the player will go into a fight and simply not draw the cards they need to win. Luckily the developers have implemented an auto-save just before every fight so if it is lost, no significant progress needs to be recouped. It’s a good idea, and now at this point in my review, I’ve said all the good things I can say. 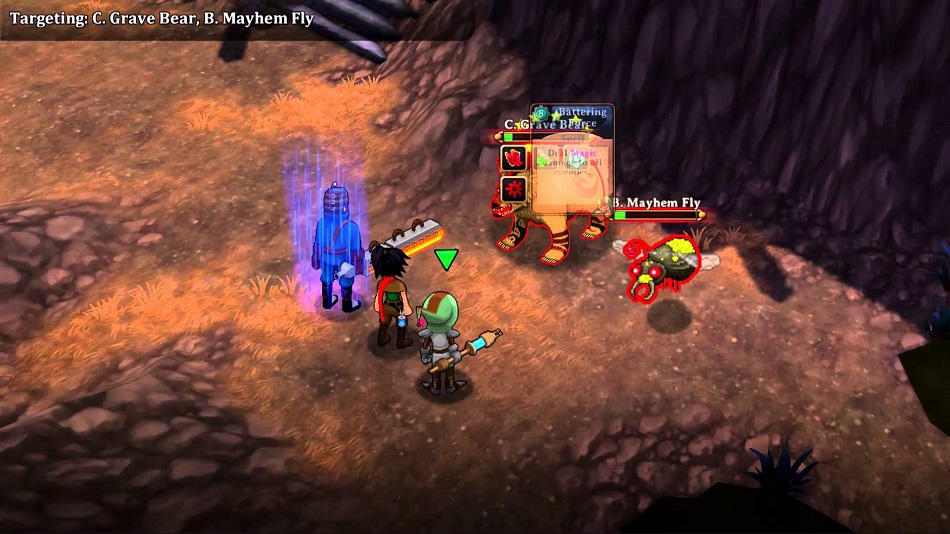 It’s now time to be a bit more critical, and I’ve got two huge issues with Trulon.

First, Trulon’s writing. My first draft of this review was sent back by the editor because my opening was flat, and I didn’t explain who Gladia was and what Trulon was about. The thing is, the game doesn’t do a good job of explaining these things either.

There are allusions to worldbuilding in the loading screens, but what I’ve seen doesn’t pay off in any meaningful way. The protagonist is the usual plucky can-do type, but what she is, exactly, and why she’s tasked with her quest, I really couldn’t say. The rest of her group are also forgettable stereotypes — a wide-eyed kid, a taciturn older guy, and a secretive, sexy rogue. Looking back, I can’t explain what any of them do, and I certainly couldn’t pinpoint any standout events with them. For a genre that relies on narrative to hold things together between battles, this is damning.

The second, and more serious issue, is that Trulon is not a complete game, but a deeply broken product.

In the beginning, I came across minor annoyances like flickering graphics during loading screens. Later, I found some misplaced collision where characters could walk through columns, but not the open space next to them. Even later, there were side missions that couldn’t be completed because the game would repeatedly lock up and force me to reboot. Finally, Trulon came to a complete halt when I had to find two characters in order to progress, and one simply never appeared.

I tried uninstalling the game post-launch to see if there was a patch, and I even reached out to the developers on Twitter and got no response. I searched GameFAQs for a possible answer, but only found one review that mentioned similar issues.

That was the end of Trulon for me, and I’d have to describe it, in total, as being the videogame equivalent of an ellipsis — it’s just an empty pause with no conclusion. Everything good about it is squandered by poor craftsmanship, and in its current state it should be avoided at all costs. Rating: 2 out of 10

Disclosures: This game is developed by Kyy Games and published by Headup games. It is currently available on Xbox One, PC, Mac and iPhone. This copy of the game was obtained via publisher and reviewed on the Xbox One. Approximately 7 hours of play were devoted to the single-player mode, and the game was not completed. There are no multiplayer modes.

Parents: According to the ESRB, this game is rated E 10+ and contains Fantasy Violence, Mild Language. The entire game is very mild with most enemies being creatures or robots, it is generally safe for kids.