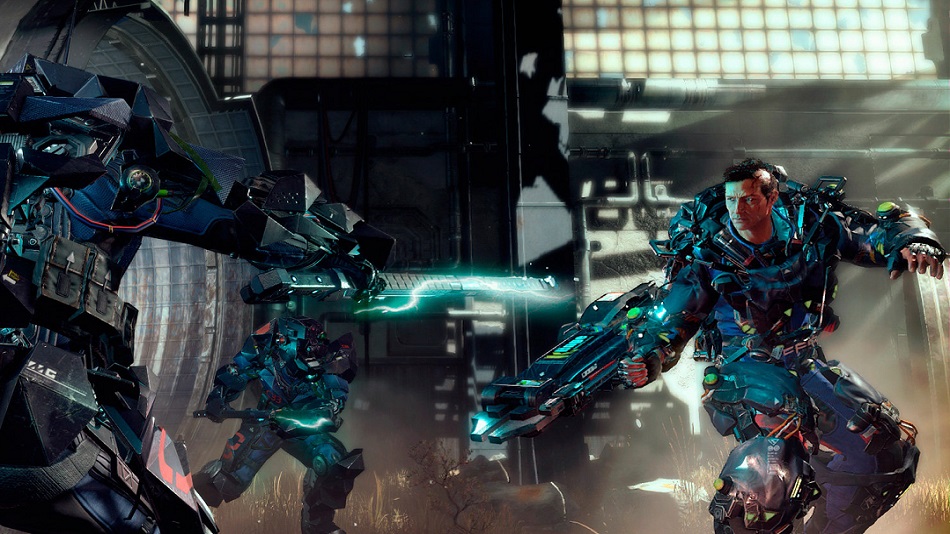 LOW It can be extremely hard.

The Surge is a new action-RPG developed by Deck 13, who made their debut with an underperforming Soulslike called Lords of the Fallen. They’re at it again, and at first glance their latest effort could be mistaken for another Dark Souls clone with a sci-fi skin pasted on. Fortunately, the game makes a name for itself thanks to an interesting take on combat, satisfying leveling mechanics and a fantastic portrayal of a dystopian setting.

The game begins by putting the player in the shoes of a generic white dude named Warren. He’s travelling to a mega-corp to start a new job, and also to be augmented with an exoskeleton called a ‘Rig’ which will allow him to walk again – Warren is in a wheelchair.

After Warren’s procedure takes place, he wakes and finds that he’s being dragged around by crazed robots. Even better? All his fellow employees have become insane. Fortunately, the operation was a success and he can walk and fight with his newly equipped Rig as he tries to survive and figure out what’s happened.

There are a lot of audiologs scattered throughout the world to help the player fill gaps in the story, but as in most Soulslikes, it largely relies on world design and aesthetics to tell its tale. Luckily, the dystopian environments in The Surge are extremely detailed and look fantastic.

The interior of the corporation ranges from run-down, smashed up junkyards, manufacturing lines to sky-high offices and biological laboratories. These levels offer not only the standard horizontal landscape of most games, but also make great use of vertical space. The environment twists and wraps around itself with the starts of levels being connected to their ends, and shortcuts are opened as the player progresses. Some standout areas for me were the production plant levels – winding, mazelike areas that had me wondering which way to turn next.

Mechanically, The Surge has strong similarities to Souls – combat requires the player to manage stamina, and successful dodging relies on watching for enemy tells. However, Deck 13 changes things up by dropping the usual strong/weak attack setup and instead opt for vertical and horizontal strikes. This is key because the player gains upgrades and more power by targeting specific points on enemies. Dismember a certain appendage and gain an item or schematic. Sever it again on another enemy and gain crafting materials. When I’d see an enemy with a vicious weapon, I’d chop it off and become its new owner. 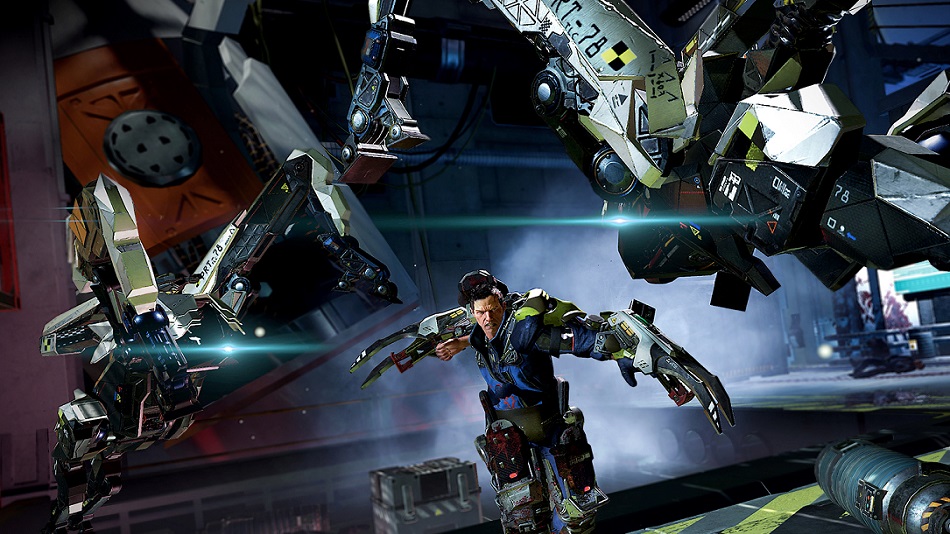 The mechanic of dismembering and recycling adds depth the game, since the player can choose what gear to equip on Warren’s chest, head, arms and legs, and he can also equip a weapon. In my time with The Surge I favored heavy tank-like armor for huge stability and damage bonuses, but players are free to mix it up as they see fit.  For example, a heavy chest and arms but light legs would give stronger damage but also allow for faster dodging, and so on. There are a multitude of potential setups to suit any play style.

Giving further options, The Surge also has an ‘implant’ system that defines the player’s health, stamina, and damage output, but they also consume energy from the player’s offensive Rig. They can be installed in multiples and they come in varying strengths, so they essentially help to further define a player’s ‘build’.

Since I was slow with lots of heavy gear, my implants were set up for maximum healing and damage absorption, but the good thing is that I was free to change my style at any time — these can all be changed any time as long as Warren is in a med bay.

The Surge gets a lot right, but I do take issue with its difficulty. I’m no stranger to Souls and Soulslikes, but Deck 13 turned my expectations on their heads — instead of making the boss encounters the ‘brick walls’, it’s actually the regular enemies that are the real hurdles. Every regular enemy can stomp the player into dust with one or two hits, and when faced with four to five at once, things can seem impossible and unbalanced.

The Surge also has some story issues. The first half of the adventure feels super generic, uninspired, and chock full of typical sci fi tropes. The writers don’t do a good job of engaging the player, and it isn’t until the latter half when things finally begin to pick up because of events that occur in the plot which I can’t discuss here due to spoilers.

While it might seem like a sci-fi soulslike, The Surge proved itself to be more than just another wannabe thanks to the outstanding twists on combat, satisfying choices in playstyle, and allowing for fearless engagement in its systems thanks to the ability to respec at any time. While I often felt wrecked and ruined by my journey through the hostile, unforgiving mega-corp, by the end I came around and instantly started a new playthrough. Deck 13 has taken the criticisms leveled at them after Lords of the Fallen, and not only responded to them, but actually used that feedback to improve in major ways. Great job. Rating: 8 out of 10

Disclosures: This game is developed by Deck 13 and published by Focus Interactive. It is currently available on PC, PlayStation 4 and Xbox One. This copy of the game was obtained via publisher and reviewed on the PlayStation 4 Pro. Approximately 28 hours of play were devoted to the single-player mode, and the game was completed. There are no multiplayer modes.

Parents: According to the ESRB, this game is rated M and contains Blood and Gore, Intense Violence, Strong Language. Players explore post-apocalyptic environments and use clubs, laser swords, and flamethrowers to kill zombie-like enemies and boss characters in melee combat. Combat is highlighted by blood-splatter effects, explosions, and cries of pain. Players can also execute finishing moves in which enemies explode into armor sections and body parts; finishing moves are depicted with slow-motion effects and large splashes of blood. One dramatic cutscene depicts the central character screaming in pain as his exoskeleton (armor) is screwed onto his body; blood-splatter effects occur, as the camera focuses on the insertion of each screw.

Deaf & Hard of Hearing Gamers: The game contains options for subtitles. I would say in my opinion that this game is playable for deaf and hard of hearing players, but The Surge can rely on audio signals for enemies. Without being able to hear them, the player would needs to be very defensive when exploring an area.

Just a note. Lords was by no means Deck 13’s first game. They had dabbled in adventure games prior.

Finally other companies picked up where From Software left and improved upon, first Nioh and now this 🙂 Really happy to see that Deck 13 learned its lessons from Lords of the Fallen and evolved.

I’m quite keep to try the targeting system and the sci-fi setting looks interesting. I also consider it a bonus that the exoskeletons look a bit like in Edge of Tomorrow.