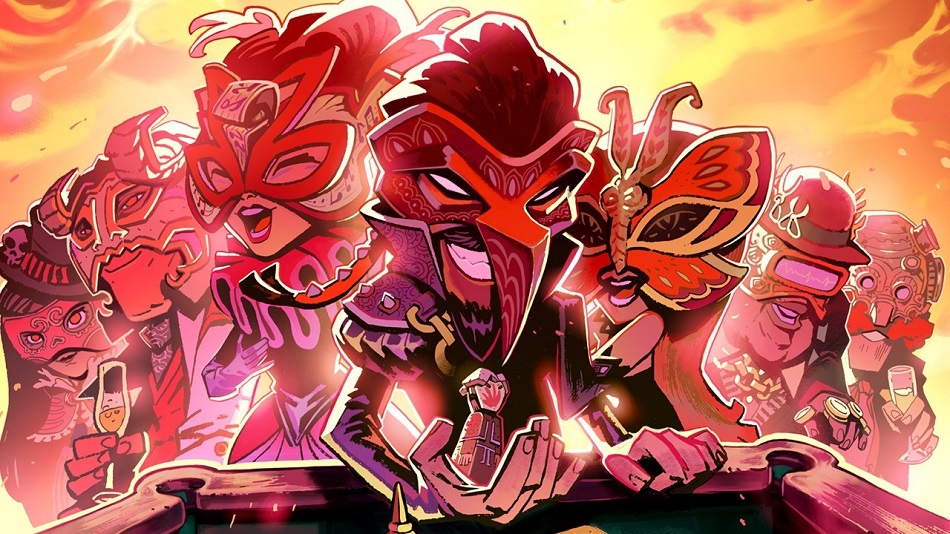 WTF It can be exceptionally repetitive given the nature of the puzzle-solving.

As a huge fan of murder mysteries, top-down Adventure series, and historical settings, The Sexy Brutale immediately caught my attention. The game’s title comes from a mansion owned by a mysterious Marquis, and his guests are being murdered during an extravagant masquerade party.

In the tutorial, players find themselves thrust into the shoes of Lafcadio Boone, a priest trapped inside an unusual mask who seems as uncertain of his surroundings as the player is. When a woman appears to offer a brief explanation – and then disappears into a pool of blood – the plot is just beginning to unfold in this intricate narrative.

The hook to the design is that there’s a Groundhog Day quality that comes into play as the in-game day repeatedly resets. Yep, the entire course of the story spans twelve in-game hours, with roughly 45 seconds encompassing a single hour on the in-game pocket watch (it pauses when accessing the inventory or map).

The clock rewinds at the end of each “shift” to re-play the day over and over again, and the “time scrubber” feature allows the player to rewind the events of the day as they were witnessed. For example, if I encountered a victim in the casino at 1pm and saw their pattern of movement for two hours, this is shown on the map as an icon following that path. Over time, players will witness and “record” more of these patterns. As such, The Sexy Brutale is all about being in the right place at the right time. Unless the protagonist overhears a conversation, witnesses an exchange, or finds a clue to someone’s brutal ending, then that mystery remains an unknown. 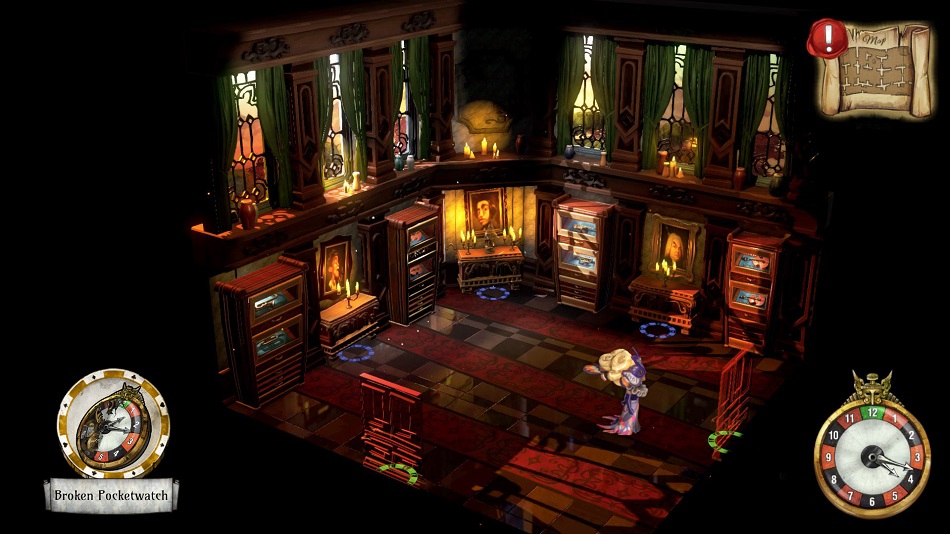 Whenever a guest is saved, they give their mask to Boone. This gives him a new ability and aids in the investigations — early on, I saved Trinity Carrington, whose beautiful emerald butterfly mask amplified her hearing. Gaining her ability to hear at a superb degree allowed me to listen in to hushed conversations in other rooms and memorize pin codes that were entered into security panels.

Each mask has a different quality, which also often helps to open new areas of the mansion, and The Sexy Brutale does a fantastic job of ushering players where it wants them to go by creating interesting obstacles in addition to simple locked doors. After I saved Willow Blue, the mansion’s artiste and spirit medium, her mask enabled me to speak to ghosts on the grounds — this immediately explained why some hallways and doors had been locked by a “cold breeze.” Now I could see these spectral characters and ask their permission to pass. Gaining access to new locations also means new items to add to the inventory and more details about the tremendous amount of activity that’s all taking place simultaneously.

The trouble with the slow, procedural reveal of these story secrets is the high amount of repetition it can cause. At times, I’d put puzzle pieces into place and save someone on the first try, but more often than not I’d have to repeat the same day over, and over, and over again until I figured out what happened, when it happened, in what room it happened, and so on.

I love puzzles and complex solutions, but when players are forced to repeat the same steps at length to be able to solve a problem, it quickly becomes tedious. However, despite this tedium the grand reveal was always very satisfying. I don’t want to give away too much of the plot, but I will say that the complex, incredible way the individual stories are woven together and how they tie into the overall plot arc is one of the best parts of The Sexy Brutale.

All in all, the game does a phenomenal job of weaving its tale of murder thanks to a fascinating plot and riveting character interaction that kept me coming back for more. Even though the risk of annoyance thanks to repetition is high, players that love a good puzzle shouldn’t miss this one. The Sexy Brutale feels like a love letter to fans of classic Whodunit novels, and in my book, Lafcadio Boone’s adventure is a must-have addition to any Adventure player’s library. Rating: 8 out of 10

Disclosures: This game is developed by Cavalier Game Studios and Tequila Works and published by Tequila Works. It is currently available on PS4, XBO, and PC. This copy of the game was obtained via publisher and reviewed on the PS4. Approximately 5-6 hours of play were devoted to the single-player mode, and the game was not completed. There are no multiplayer modes.

Parents: According to the ESRB, this game is rated Teen and contains violence, blood, mild language, and use of alcohol. The themes in The Sexy Brutale do revolve around murder, and while those are not overly graphic affairs, there is animated violence and death. This includes a few instances of blood splatter, pools of blood, and the like. There are also references to gambling and alcohol use. The dialog has mildly foul language, but no extreme curse words. The Teen rating feels fair based on other titles, movies, and TV shows with the same rating.

Deaf & Hard of Hearing Gamers: The Sexy Brutale features full captions for dialogue, which makes it very accessible for players who are deaf or hard of hearing. However, there are sound cues within the game (such as a gunshot offscreen, items dropping on the floor, or approaching footsteps) which can put those players at a disadvantage. I did not find any options for captioning those audio triggers.