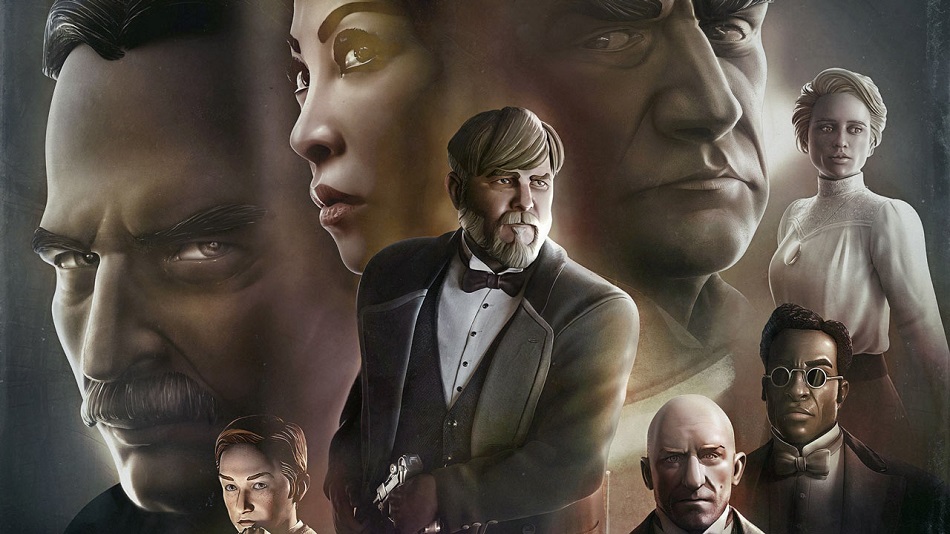 HIGH Every single story is worth watching.

LOW A couple of loose ends in the plot.

Storytelling in videogames is important but the act and art of storytelling often disappears once a cutscene or audiolog ends.  Some of my favorite titles of all time have fantastic, skillfully told tales that are completely unrelated and unattached to their core gameplay, so how would it feel if a a game’s story was its gameplay? I think it would feel a lot like The Invisible Hours.

The Invisible Hours has a premise that’s hard to sell — to put it in reductive terms, I was a witness to the events that occured over the course of an evening. The experience begins on an island dock as detective Gustaf Gustav arrives at Nikola Tesla’s mansion, where he is to join several of Tesla’s other guests.  He soon discovers a dead body, and the drama begins as he tries to discover the identity of the murderer.

While this premise might be enough for the average game, this was only one of several plotlines occurring in the house on the same evening, and it was my pleasure to watch as they all unfolded and intertwined.  While I could have no impact on the story as it was delivered over four acts, I was able to control my perception of the story, and meted out the details at my own pace.

At times I almost felt like the director of a movie, traveling through the house like an invisible ghost, adjusting the angle and position to view events as they occurred.  I could be a fly on a wall, lingering in a room to see who passed by and what would happen. Or, I could be a specter, following over the shoulder of a character for the entire course of the plot.  Although there was no direction in regards to where I was supposed to be and when, it was easy to pause the action, find a room with people in it, and then rewind to the scene’s beginning. 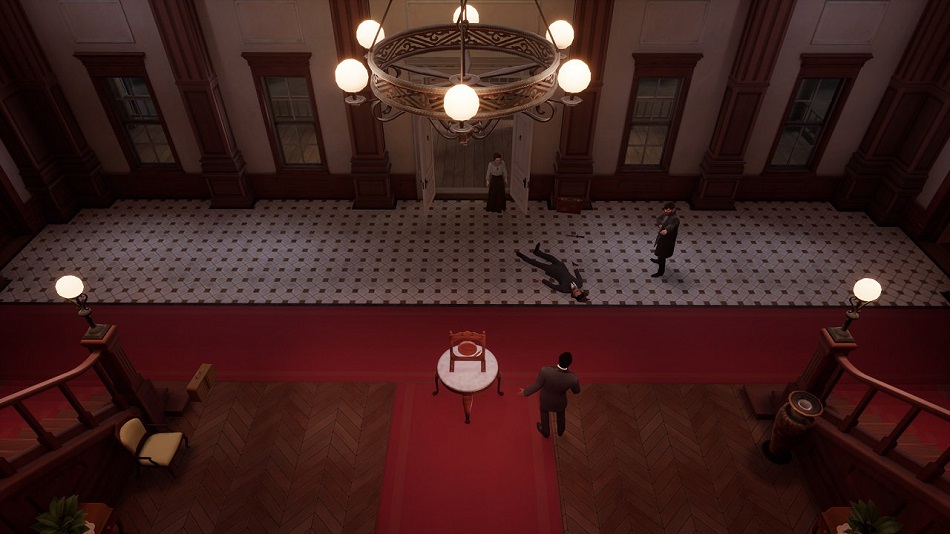 For one chapter, I decided to follow only Detective Gustav. As he moved through the house from scene to scene, I would see characters in the background or hear conversations around the corner that would pique my interest.  I would then take note of who to observe next. In another session, I jumped from character to character as the mood struck me. In this way, I collected extra bits of intrigue as I found myself watching the middle of plotlines, which would then motivate me to rewind for more details.

Speaking of which, the player has the ability to stop, fast-forward, or rewind time at any moment.  Through this ability, I enjoyed watching the progression of many different plots in granular fashion, making sure I scrupulously caught every detail before letting anything new happen. Other times, I barrelled through the evening, watching one character closely and ignoring all else until I saw where they ended up.

To my great surprise, both methods were equally rewarding. The former slowly dripped a gradual (but potent) dose of intrigue, while the latter satisfied my singular curiosity at the expense of raising even more questions in the end.  There was seemingly no wrong way to “play”, which was a surprise for such a carefully-written and complex experience.

I think that’s what is most impressive about The Invisible Hours.  Throughout the many rooms of the house, the varied plot beats, and interesting characters, the narrative never seemed to slip up, and I was always wanting more.  Even when I thought the game had concluded, my remaining questions left me with a curiosity that drove me to explore the events once again, trying to glean new details from past interactions… And then it struck me — that was the hook. The story was the game here, and it felt riveting. Rating: 9 out of 10

Disclosures: This game is developed by Tequila Works and published by GameTrust. It is currently available on PS4, PSVR, PC, and XBO.This copy of the game was obtained via publisher and reviewed on the PS4. Approximately 8 hours of play were devoted to the single-player mode, and the game  was completed. There are no multiplayer modes.

Parents: According to the ESRB, this game is rated T and contains Blood, Mild Language, Suggestive Themes, Use of Alcohol and Tobacco, and Violence.  Although mature in nature, the entire game is relatively mild in terms of innuendo or violence.

Deaf & Hard of Hearing Gamers: There is fantastic use of color-coordinated subtitles that cleverly appear when dialogue is audible, though it can sometimes come from another room.  There were a handful of moments wherein a scream or a bang would not be indicated in the subtitles, but would prompt action from the characters — but these moments were few and not very significant to the enjoyment of the game. Text cannot be resized. 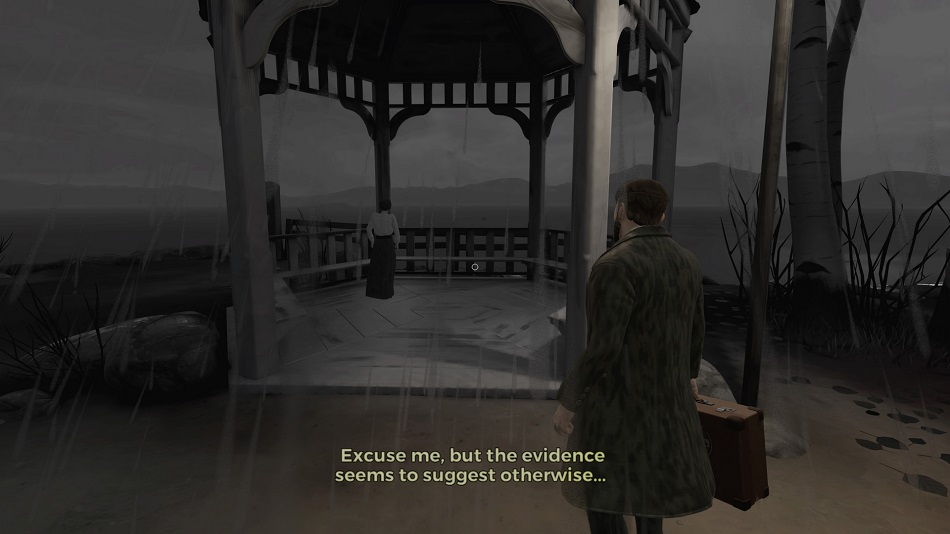 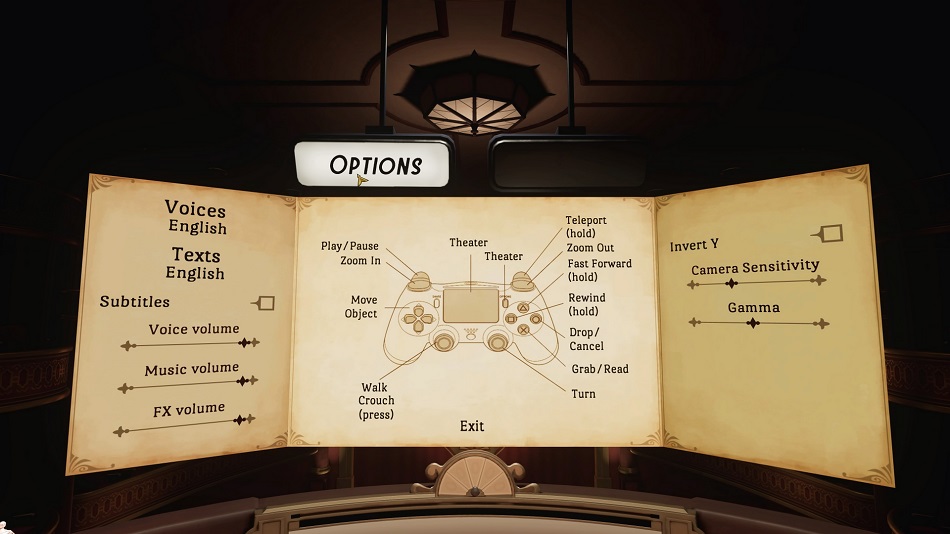