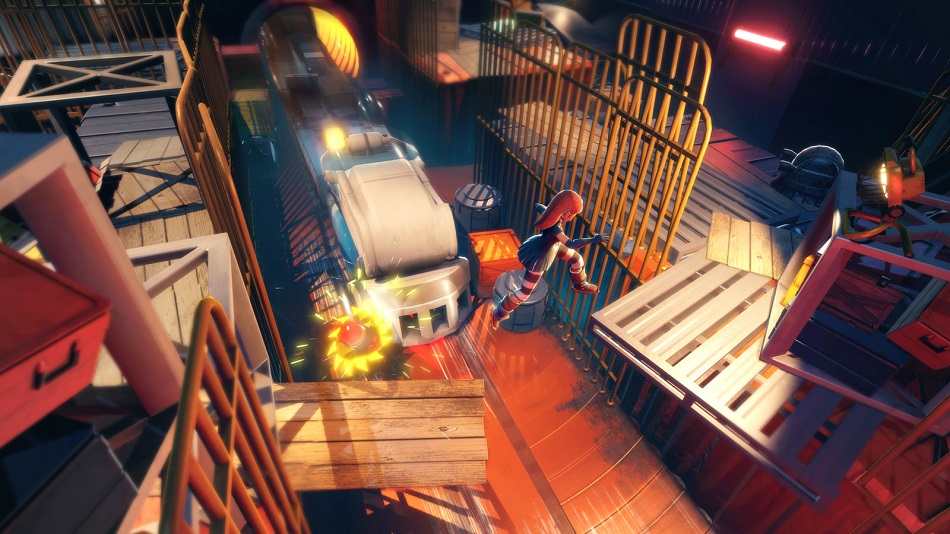 LOW dying over and over, only to start from the very beginning of the game every time

WTF Why is Styx sending herself messages?

I finally felt like I was getting the hang of Subaeria after seven hours, or so. Unfortunately, that was five hours after coming to the conclusion that I’d never advance further than the second boss battle no matter how hard I tried, and six hours after I realized I wasn’t enjoying it at all.

I went into it with an open mind and a genuine desire to love this action-puzzler, but defeat after defeat didn’t have the same effect on me as something like Spelunky, where mistakes were both enjoyable and informative. That title encouraged me to try something different on the next run, and provided a true feeling of accomplishment when I worked out a tricky section.  Subaeria offered no such comfort or encouragement. Slippery controls and extreme repetition only exacerbated my frustration, and relief only came when I shut the game off for good.

It didn’t start off terrible, though. In the world of Subaeria, even minor offenses against the government result in swift and blinding justice against not only the criminal, but their entire family as well. Protagonist Styx thought hacking games was victimless fun until corrupt President Dorf’s “Cleaner” robots murdered her family and sent her on the run with just a handful of credits and her hacking drone.

Decent graphics greeted me as it began, using light and shadow effectively enough to portray the squalor of Styx’s home in Subaeria as opposed to the opulence of the Presidential Palace.  The human character models were fine, but some of the robot enemies were outstanding, featuring whirling blades or deadly-looking laser cannons that reinforced the brutality of Dorf’s reign in a way the sparse, hackneyed dialog failed to accomplish.

Guiding Styx around from a top-down view is intuitive, but her jump and dodge are not responsive, and these poor controls caused me to take damage from even simple enemies. Poor camera optimization also meant it was often difficult to see where I was going, or what I could pick up along the way.  Granted, Subaeria is a puzzle game and not an action platformer, but too many puzzles require precision timing and positioning that the control scheme doesn’t make possible. 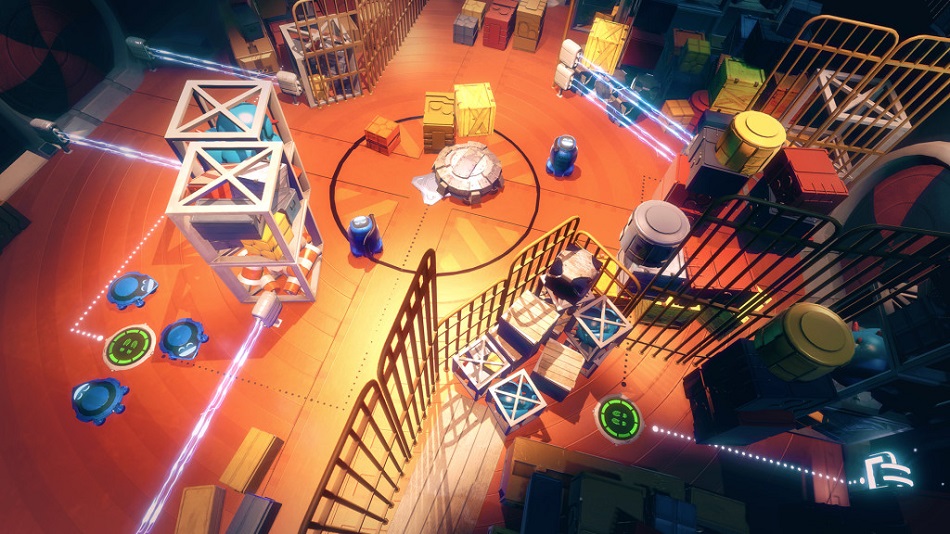 In order to clear various rooms, Styx was required to destroy all blue and/or yellow robots by making them destroy their opposite colored allies.  For instance, a blue buzzsaw robot could be made to collide with a yellow robot, or a yellow cannon robot could be coerced into firing upon a blue. While a bit convoluted, these rules eventually became clearer, though never particularly easy to accomplish. Part of the difficulty is that Styx can use her drone to take over a robot’s movements, create decoys, or even perform simple teleportation. However, the randomized nature of their appearances meant that I often didn’t have the right tools for the job.

Another factor is that controlling the drone is mapped to the right stick, but it was often difficult to plot Styx’s course through a room while simultaneously ensuring the drone was in a position to deploy its abilities.  Limited charges on drone abilities also meant I spent more time hoarding the good ones for the “right” time to use them, which frequently didn’t come.

Death comes frequently in Subaeria, which means starting the entire game over from scratch every time, as Subaeria is a roguelike to some degree with its randomized map layouts.  Players do keep access to the various drone powers and human power-ups they’ve unlocked, but randomized drops are still an issue. After numerous runs through the first “level” of Subaeria, I learned that there were only seven or eight distinct room types per level. I advanced by pure memorization, and playing stopped being enjoyable. Instead, it became a chore I had to get through, and each defeat only served to increase my frustration level rather than enticing me into “just one more run.”

After I’d finally conquered the first boss — a tedious slog filled with randomized attacks and bullet-hell dodging — I was briefly interested again, but went back to getting killed early and often in the second stage, and having to start from level 1 again and again without advancing further was maddening.

With difficulty leveling, or at least the ability to save SOME of my progress, Subaeria could have been an enjoyable romp. As it stands, I’m glad to break the cycle of die, restart, rinse, repeat. Rating: 3 out of 10

Disclosures: This game is developed and published by Studios iLLOGIKA.  It is currently available on PC, PS4, and Xbox One. This copy of the game was obtained via publisher and reviewed on the PS4. Approximately 8 hours of play were devoted to the single-player mode, and the game was not completed.  There are no multiplayer modes.

Parents: According to the ESRB, this game is rated T and contains Violence.  The game displays robots using sawblades and projectiles to attack human opponents.  The aftermath of the murder of protagonist’s family is shown.  The protagonist slumps to the ground when killed and her body is displayed lying dead in the ocean.   Robots explode in a realistic manner.

Deaf & Hard of Hearing Gamers: The game is text only, except for a few spoken announcements during the opening cutscene that do not affect plot or gameplay.  All audio cues have a visual component.  Subtitles cannot be resized and have no alternate display choices. 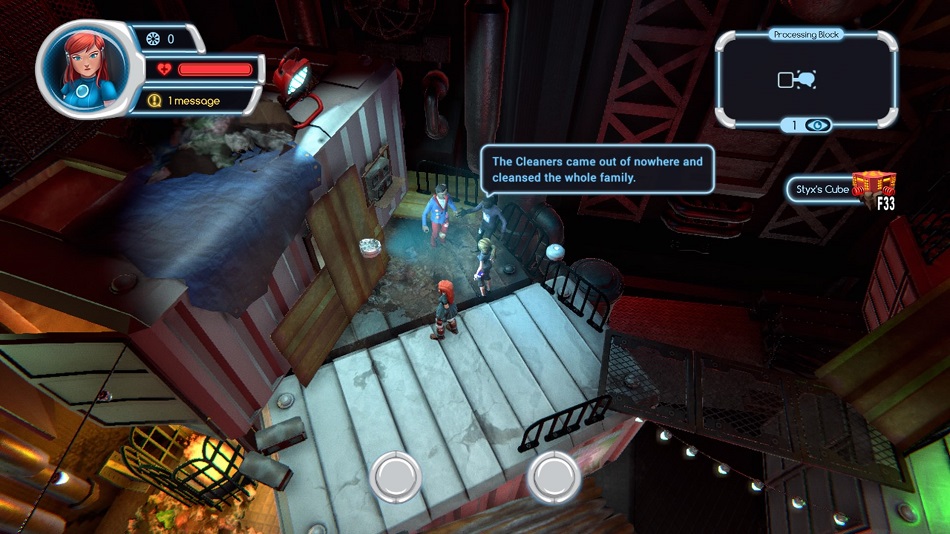 Remappable Controls: No, this game’s controls are not remappable. This game does not offer a controller map diagram, but movement is on the left stick. The protagonist’s drone companion is controlled using the right stick.  Drone powers can be mapped to either the left or right trigger.  X is for jumping and advancing through dialog.  Circle is for dodge rolling.  Square is for picking up items and initiating conversations.  Triangle is for accessing descriptions of items prior to picking them up.