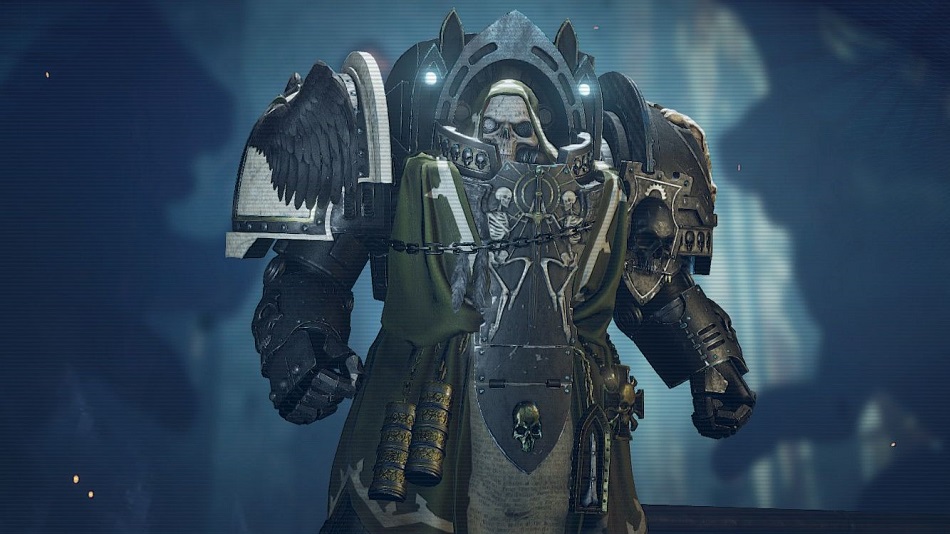 HIGH Those few tense moments in the dropship waiting for the first level to start.

LOW The moment I realized there are dozens of games that do squad combat better.

WTF The awful save system that defies logic.

Stomping methodically through one of the early missions in the claustrophobic Warhammer 40,000 shooter Space Hulk: Deathwing, I was suddenly overwhelmed by a horde of xenos. Desperate to maneuver away from the surprise attack, I found myself boxed in by my AI-controlled squadmates and quickly died an inglorious death while trapped between a bulkhead, two buffoons in power armor and the ravenous horde of aliens.

I don’t mind dying in games, but what came next left me flabbergasted. After nearly 40 minutes of exploring, the game had apparently not reached a single autosave checkpoint, which meant a lengthy journey through multiple loading screens only to be booted back to the very start of the mission.

Deathwing doesn’t offer manual saves, though the player can force an autosave by returning to their ship — limited to three uses per mission. It’s an inelegant system that simply didn’t have to be that way, and it’s one of many such choices that prevents yet another Warhammer 40K game from reaching its potential.

While Warhammer has had a recent string of strong titles, including two Total War strategy games set in the fantasy universe, somehow the orks and knights fighting it out in space in 40K just never translates despite the rich setting.

All the shortcomings and annoyances are heartbreaking because the setup here is pretty compelling, at least for a Warhammer 40K fan. The player takes on the role of a Librarian (basically, a walking tank) in the 1st Company of the Dark Angels, and must explore a massive amalgamation of ships that’s been floating lost in space. It sounds a lot more serious than saying some roided-up elite marines are sent to lay waste to anything that moves inside of a dead ship floating through an intergalactic wasteland, but that’s kind of what WH40K is all about — self-serious but ultimately very silly excess. 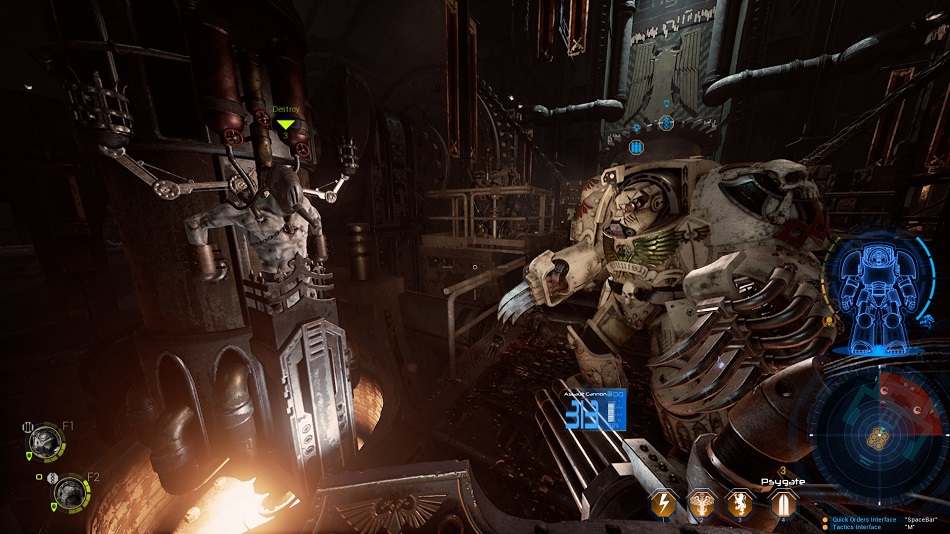 Aided by two AI or human-controlled pals (online only), the Librarian’s primary task is to rid the hulk of the Genestealers — nasty insectoid aliens players will murder by the thousands — and grab as many relics as possible along the way. Sadly, even veteran WH40K writer Gavin Thorpe can’t inject any purpose into the narrative beyond this basic premise, which is almost inexcusable given the depth of lore that’s accrued since the tabletop game debuted in 1987.

Instead, what’s left is somewhat of a mess. Deathwing attempts to marry 2016’s celebrated first-person shooter Doom to co-op FPS Vermintide, but seems to misunderstand what makes those games compelling. Doom was a revelation largely due to the lizard brain rhythm created by its blazing fast gunplay and crunchy, satisfying finishers, and Vermintide does squad-based combat better than Deathwing by almost every metric. Here, the Librarian is plodding and the weapons feel punchless. Upgradeable psy powers like the industry-standard Emperor Palpatine lightning bolts and the ability to hack turrets don’t do enough to separate the combat from many other, better works.

While additional weapons, enemies, classes and a new progression system make up the bulk of the “enhanced edition” upgrades from the base game that released on PC in 2016, the PS4 version misses out on the most important improvement: better performance. Painfully long load times aside, the PS4 version also suffers from a poor framerate and frequent stutters as the game strains to load more of the level, or as hordes of canon fodder enter the screen. Combined with poor textures and murky lighting that allows enemies to blend in with the dark environment, this content would have already felt dated even as a PS4 launch title.

As if that’s not bad enough, the game reuses levels as players progress, which makes a campaign that takes less than 10 hours to complete feel all the more threadbare when missions start backtracking. Multiplayer missions, including special missions introduced in the Enhanced Edition, also reuse those same maps.

Perhaps, someday, the WH40K universe will offer experiences as compelling as its fantasy brethren. Until that time, players looking to scratch the WH40K itch would do better by dusting off a last-generation console or firing up Steam and buying Warhammer 40,000: Space Marine. It’s a pretty charming third-person action game that, while a little long in the tooth now, satisfies the urge to mow down bad guys by the thousands in a much less frustrating format. Rating: 3 out of 10

Disclosures: This game is developed by Streum On Studio and published by Focus Home Interactive. It is currently available on PS4, XBO and PC. This copy of the game was obtained via publisher and reviewed on the PS4. Approximately 10 hours were devoted to the single-player mode and one hour was devoted to multiplayer. The game was completed.

Parents: The game is rated Mature and contains Blood, Gore and Intense Violence. While there is no swearing, plenty of aliens explode in bloody messes.

Deaf & Hard of Hearing Gamers: While there are subtitles for all dialogue, the inability to hear audio cues such as gunfire and enemy noises could make the game more difficult. 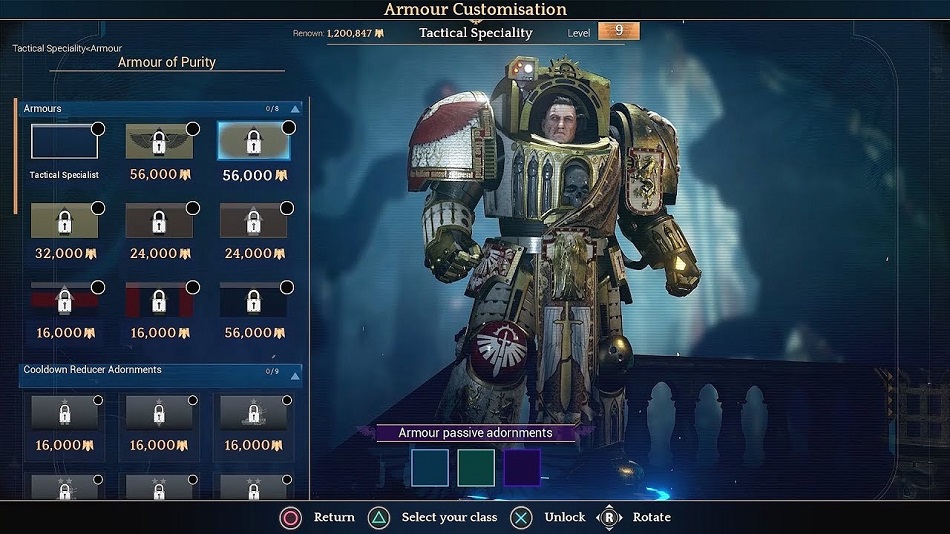 Remappable Controls: The game’s controls are not remappable but there are two presets to accommodate right and left handed players. 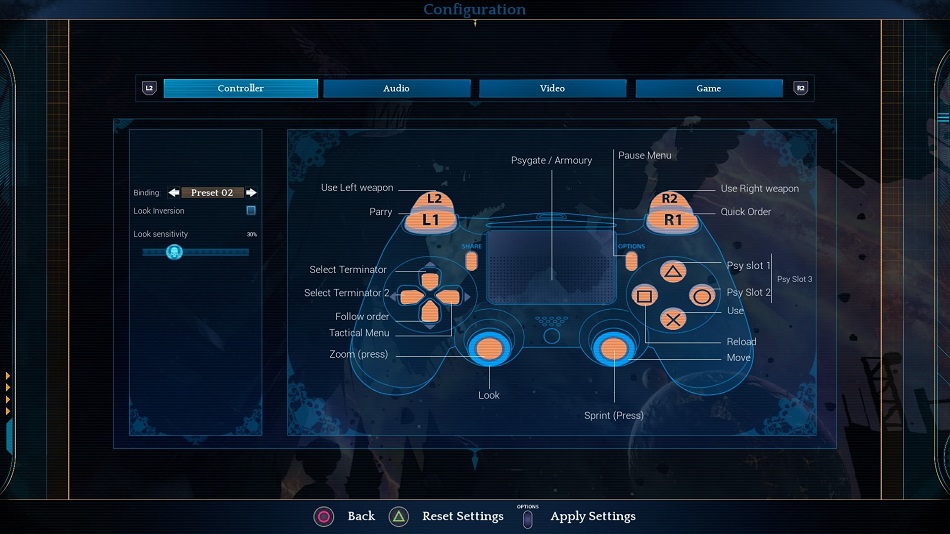 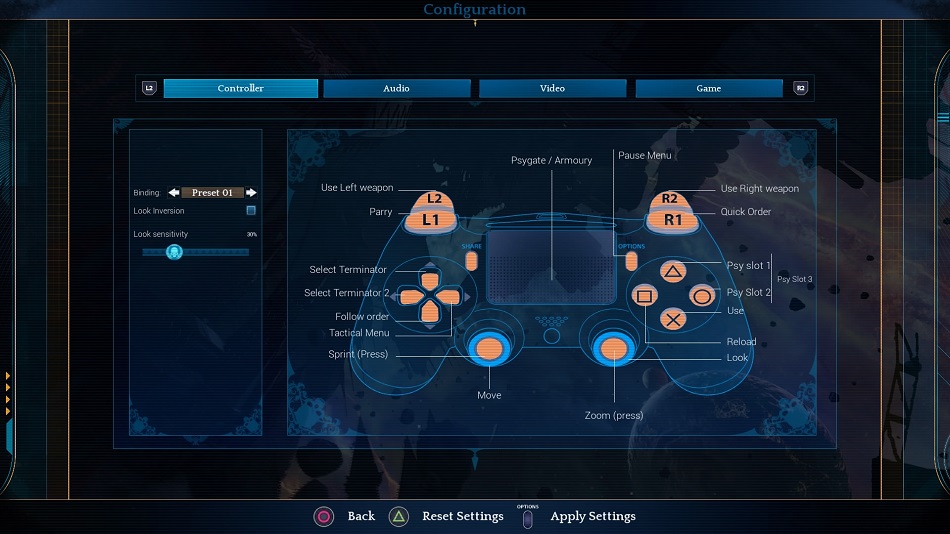